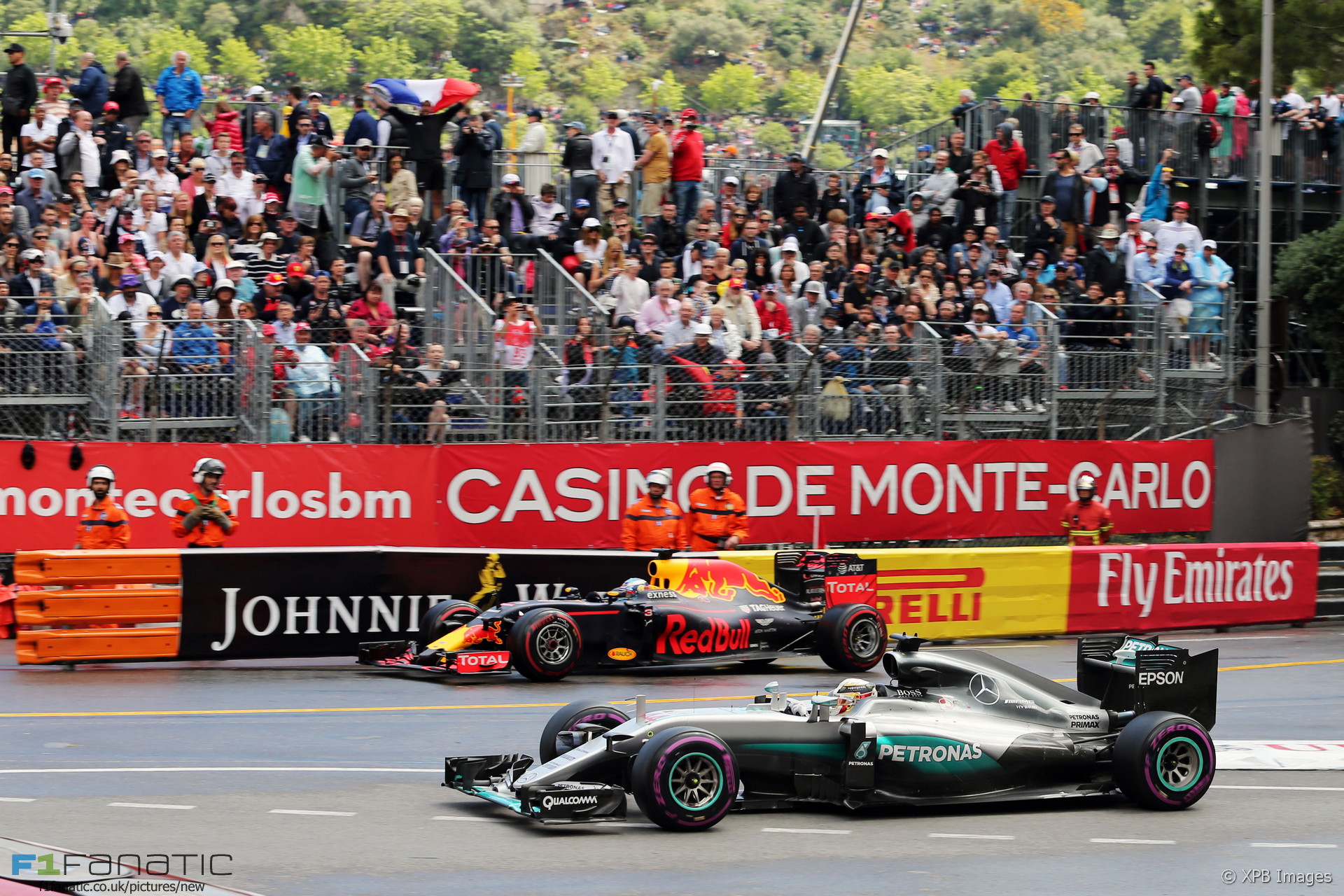 For the second year in a row the early leader of the Monaco Grand Prix lost their chance for victory in the pits.

While 12 months ago Lewis Hamilton made an unnecessary visit to the pits during a Safety Car period, this time Red Bull weren’t ready in time to get Daniel Ricciardo back on track in the lead.

The RB12 sat in the pit box for an agonising ten seconds while the mechanics hurried to get super-soft tyres on Ricciardo’s car. He rejoined the track just asHamilton was passing by.

The Mercedes driver avenged his lost win of last year, but it was a cruel outcome for Ricciardo.