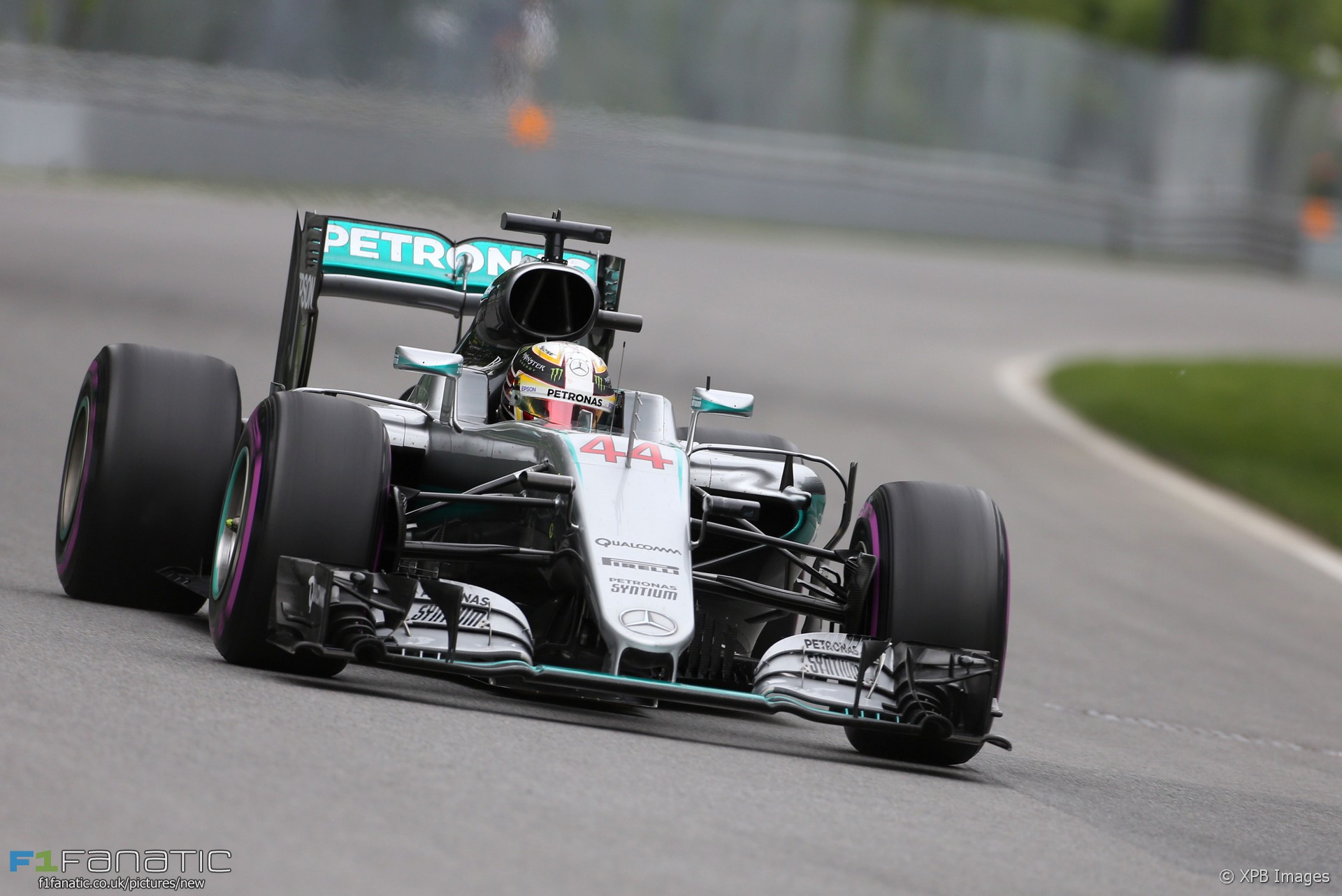 Lewis Hamilton took his second consecutive victory of the season in Canada after holding off Sebastian Vettel in a race of strategy.

Vettel had led from the start, but Ferrari opted for an aggressive two-stop strategy which Vettel was unable to convert into the win. Valterri Bottas took Williams’s first podium of the season in third.

As the lights went out, Sebastian Vettel immediately leapt into the lead, flying past the two Mercedes before they had even reached the braking zone.

As Hamilton and Rosberg battled over second into turn one, the two briefly touched, forcing Rosberg to take to the escape road and dropping him all the way down to tenth.

Vettel and Hamilton began to pull away from the chasing Red Bulls of Max Verstappen and Daniel Ricciardo behind.

Jenson Button became the race’s first retirement when his Honda engine failed on the back straight, bringing out the Virtual Safety Car. Ferrari immediately opted to bring both cars in, just as the race went back to green.

Vettel resumed in fourth and began to catch the Red Bulls, passing Ricciardo at the hairpin on lap 18 and then Verstappen on the back straight a lap later.

With Hamilton making his one and only scheduled stop for soft tyres, the fight for the win became a question of whether Vettel could make a two stop strategy work.

Vettel eventually pitted for soft tyres on lap 38, giving him an eight second gap to close in order to challenge Hamilton for the win.

But despite getting within almost four seconds of the Mercedes, Vettel made a number of small braking errors that prevented him from applying serious pressure to Hamilton, who ticked away the laps to take his second victory of the season.

Bottas took third for Williams, half a minute behind. Max Verstappen held on to fourth after a late battle with Rosberg, who almost crashed out at the chicane attempting to pass the Red Bull on the penultimate lap.

Raikkonen took sixth, while Ricciardo finished seventh after an unscheduled pit stop for a flat-spotted tyre.

Nico Hulkenberg took eighth, while Carlos Sainz Jr finished ninth after a strong drive from 20th on the grid. Sergio Perez rounded out the points in tenth for Force India.