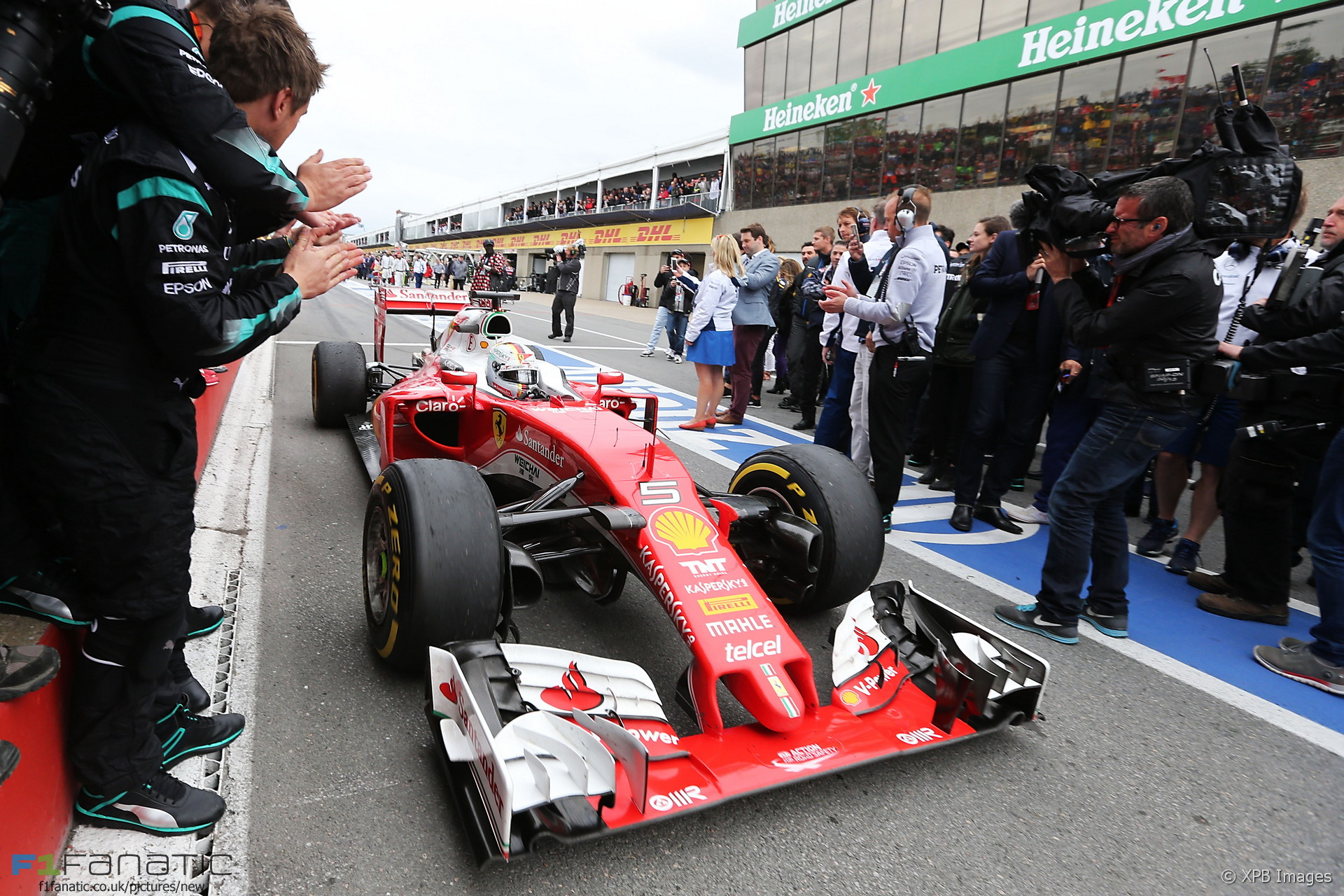 Vettel had led the race at the start after leaping both the Mercedes before turn one, but the team opted to pit under an early virtual safety car and switch to a two stop strategy.

“We overestimated the degradation of the tyres,” explains Arrivabene. “This is the reason why we called [Vettel] in and this was the wrong decision.”

Lewis Hamilton managed to hold off the Ferrari after a 46 lap final stint on the soft tyres. Vettel got within five seconds of the Mercedes at one stage, but a series of small braking errors scuppered the German’s chances of challenging Hamilton.

“We don’t have to make the story bigger than what it is,” says Arrivabene. “Today we made a mistake, but in other races everyone makes mistakes. The big one is when you lose for this thing.”

Vettel’s second place moves him from fifth to third in the drivers’ championship.