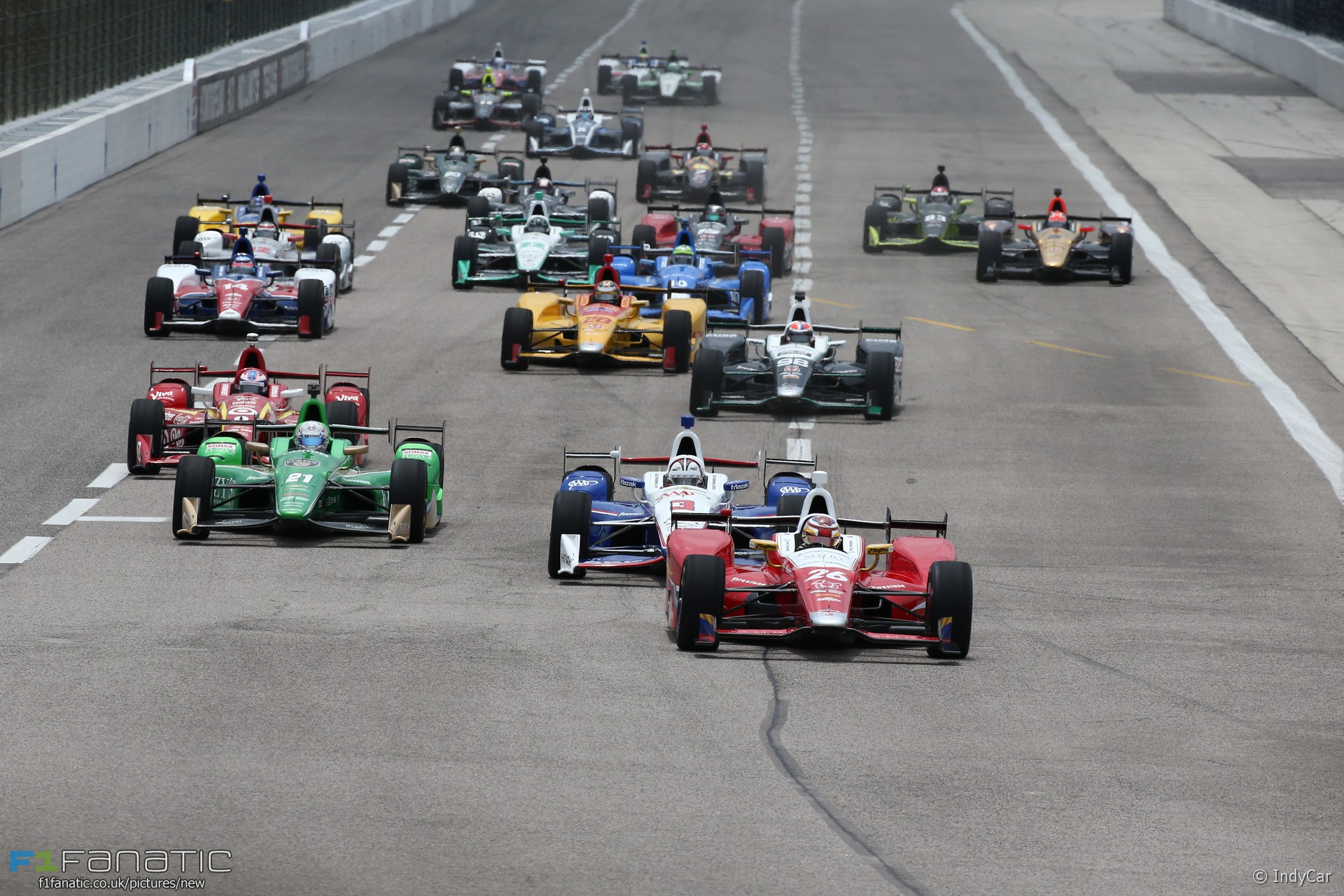 Persistent rain forced the running of last weekend’s IndyCar race at Texas Motor Speedway to be postponed until August.

Round nine of the IndyCar series at Texas Motor Speedway was red-flagged after 71 laps due to heavy rain on Sunday. The race start had already been postponed from Saturday, and the rest of the event will now be run on August 27th, one week before the penultimate round of the championship.

The race had already been under caution since lap 43 after a shocking crash involving Josef Newgarden and Conor Daly. Daly lost control of his car as the Carpenter driver was passing him on the outside, and the contact forced Newgarden into the wall twice. His roll hoop bore the brunt of the second impact but despite huge damage to the Dallara DW12 chassis Newgarden escaped serious injury. He was taken to hospital with a fractured right shoulder and hand.

Carlos Munoz had led much of the race from pole position prior to the caution period but James Hinchcliffe was leading when the race was postponed.

Lada claimed their first victories on home ground in two rain-affected races at the Moscow Raceway. Gabriele Tarquini fought his way through to victory from ninth on the grid in race one, the start of which was delayed due to a downpour.

Citroen, whose C-Elysees had to run 50kg more weight than any other car under the WTCC’s compensation rules, saw their cars easily overhauled by the Vestas in race one and could only manage a best of eighth for Jose Maria Lopez in race two.

Joey Logano was in contention throughout the 400-mile race at Michigan, leading 138 laps on his way to his first win of the season. The previous Monday Kurt Busch won the postponed Pocono round.

Next weekend Formula One heads to a new circuit in Baku, Azerbaijan, for the European Grand Prix, with the GP2 field supporting them. Meanwhile 60 cars will take to the Circuit de La Sarthe in France for the Le Mans 24 Hours.