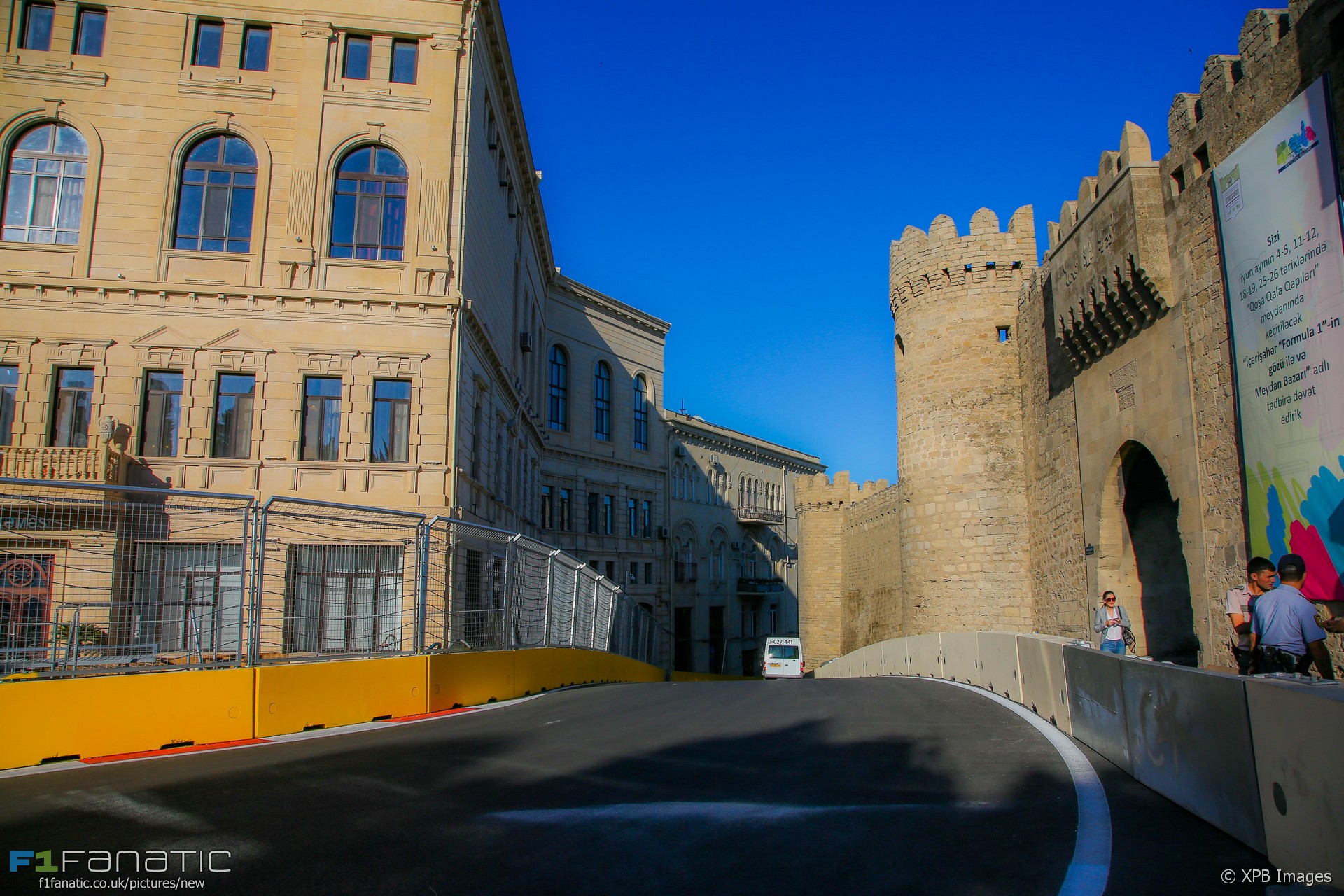 Racing on a new circuit for the first time is not the plunge into the unknown it used to be. When F1 teams head to the Baku City Circuit this weekend they will have a good idea what to expect.

As the track is a street circuit and not being built from scratch it will have been possible for them to glean some information about the details of the circuit’s configuration. This is enhanced with the use of track surveyor’s maps to produce a model of the track which drivers can lap in the simulator.

Nor will they have to contend with a rough, well-used road surface: new asphalt has been laid especially for the race. Drivers will be particularly grateful of that as this is expected to feature some unusually high-speed section for a street circuit.

Estimates indicate they could hit 340kph (211mph) approaching turn one, which is faster than they were going as they approached the final chicane in Montreal last weekend.

F1’s most recent new arrivals on the calendar in Russia (2014) and Mexico (2015) were both characterised by very low-grip surfaces. Nonetheless Pirelli has conservatively opted against bringing the ultra-soft tyre, no doubt due in part to the high projected speeds.

The track does not use any of the same roads which were used for the 2013 and 2014 FIA GT championship rounds in Baku.

A lap of the Baku City Circuit

On the anti-clockwise layout drivers initially negotiate a sequence of six right-angled corners. The high-speed approach to turn one should be a prime spot for overtaking.

Following a sharp right at turn seven drivers head into an extremely narrow series of corners around the oldest part of the city. The close proximity of the barriers here are likely to increase the chance of Safety Car periods during the race.

From turn 11 a series of left-handers brings the cars back onto the main promenade which returns them to the start/finish area. The initial impression from the onboard video released recently shows turns 13, 14 and 15 are very quick, however the positioning of the kerbs has made the latter corner tighter. “I think the braking into turn 15 will be quite tricky,” says Kvyat.

The cars then plunge downhill to turn 16, the final braking point on the lap before accelerating back towards the start/finish line. But this is no straightforward blast – the very quick turns 17, 18, 19 and 20 could prove spectacular.

Location of the Baku City Circuit