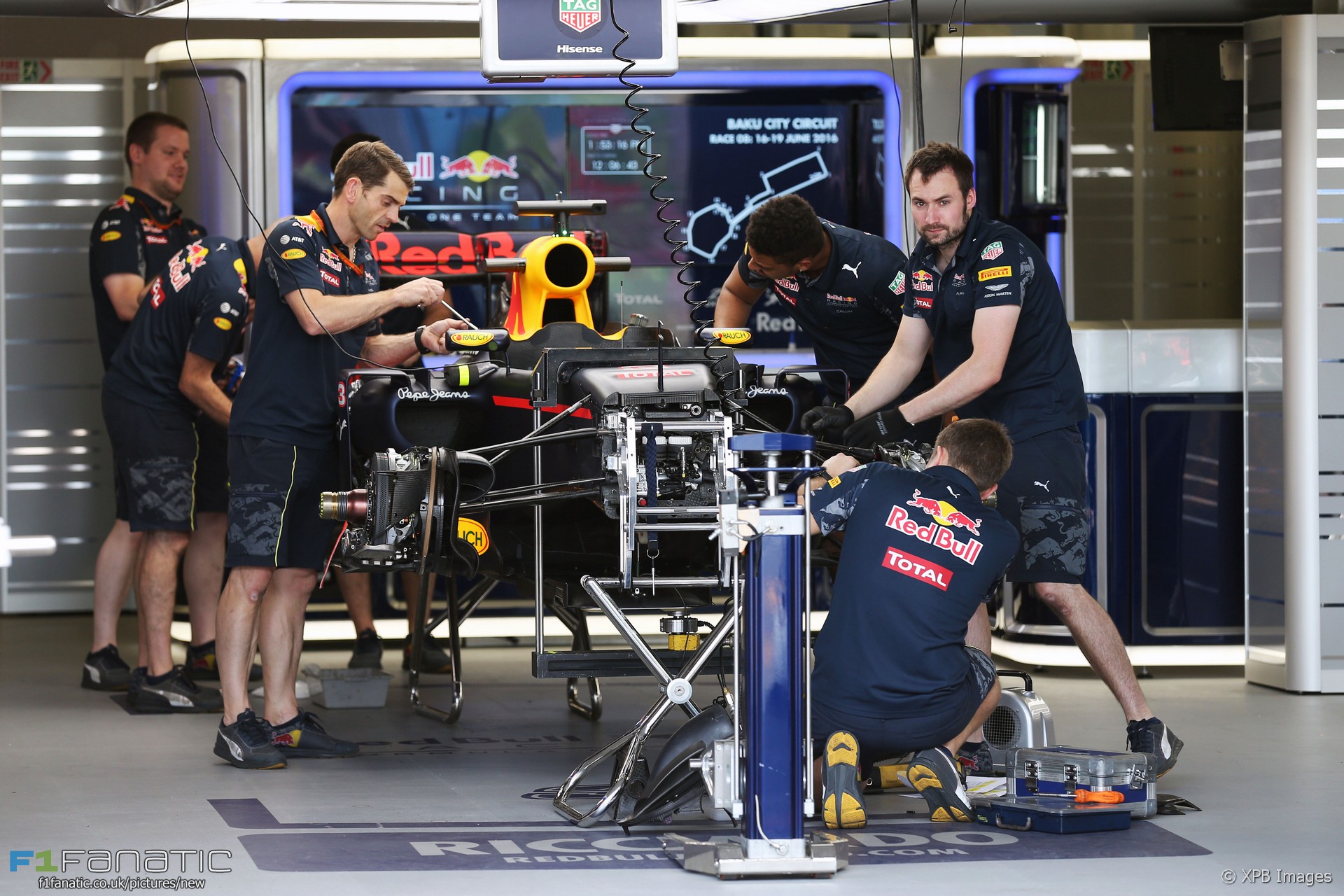 Formula One is heading into uncharted territory this weekend. Which teams are in the best shape for the first race in Baku?

While many would have expected Lewis Hamilton to make inroads into the 43-point lead Nico Rosberg built up over the first four races, few would have expected Rosberg to throw away almost all of his advantage in just two rounds. In a straight fight this year Hamilton has usually been the quicker of the two, so it’s down to Rosberg to raise his game.

Montreal began a series of races at tracks with high-speed sections which should play into the hands of Williams. Valtteri Bottas duly delivered the team’s first podium finish at the Circuit Gilles Villeneuve. However Baku may have a few too many slow corners for the FW38’s liking.

Following their turbo upgrade in Canada Sebastian Vettel’s performance reinvigorated the team’s prospects for the year ahead. Though they are not yet on level terms with Mercedes performance-wise, they are quick enough to put their silver rivals under pressure.

Vettel has been very positive about the Baku circuit and first impressions indicate some similarities with Singapore, a track where he usually goes very well and scored his most recent victory. If he can split the Mercedes drivers in qualifying it will make his job on Sunday much easier.

Kimi Raikkonen, however, badly needs to rebound from two poor weekends. His run in Canada was hampered by a poor strategy call by Ferrari, but he also qualified well off Vettel’s pace. This what not what he needed two weeks after crashing out in Monaco.

After the high of Monaco the Canadian circuit revealed the limits of what Red Bull can achieve following their power unit upgrade. That will make the two-kilometre drag from the final corner a pain for them. But their car’s abundance of downforce will give the drivers extra confidence on a track which is expected to lack grip.

Sergio Perez, who took a podium on the streets of Monaco, is relishing the prospect of Baku. “The first impression is that the track is going to be really challenging,” he said. “There are a lot of tight sections, as you would expect from a street track, but it looks more high-speed than Monaco. It’s the kind of circuit I enjoy driving.”

After chassis-damaging crashes for Kevin Magnussen in Canada and Jolyon Palmer’s in Monaco the team is finding itself increasingly short of parts. Magnussen’s tub from Canada will serve as the spare this weekend.

On paper the Baku track doesn’t seem to offer much for Toro Rosso whose car excels in mediums-to-high speed corners. Carlos Sainz Jnr and Daniil Kvyat may find it difficult to reach Q3.

Felipe Nasr was hit for the second race running in Canada, but at least this time the culprit wasn’t his team mate. He was struggling for pace again, however, in a season which hasn’t gone well for him so far.

Although Fernando Alonso is an ambassador for the Baku circuit he revealed he hasn’t actually driven the configuration in the team’s simulation. Meanwhile Jenson Button expects the track to be a difficult one for McLaren. “It’ll be tough on the car with its long, fast straight, strong loads on the ERS and high fuel consumption,” he said.

Manor’s two rookie drivers will be at less of a disadvantage this weekend as for once all of their rivals are also driving on a new track for the first time. Pascal Wehrlein expects the high-speed sections of the Baku circuit to work well for the team.

Worryingly Romain Grosjean had another front wing failure in Canada, a problem Haas don’t seem to have got fully on top of since pre-season testing. It’s the last thing either of their drivers would wish to experience at a circuit which in places is very quick and offers minimal run-off.

Are you going to the European Grand Prix?

If you’re heading to Europe for this weekend’s race, we want to hear from you.

Who do you think will be the team to beat in the European Grand Prix? Have your say below.