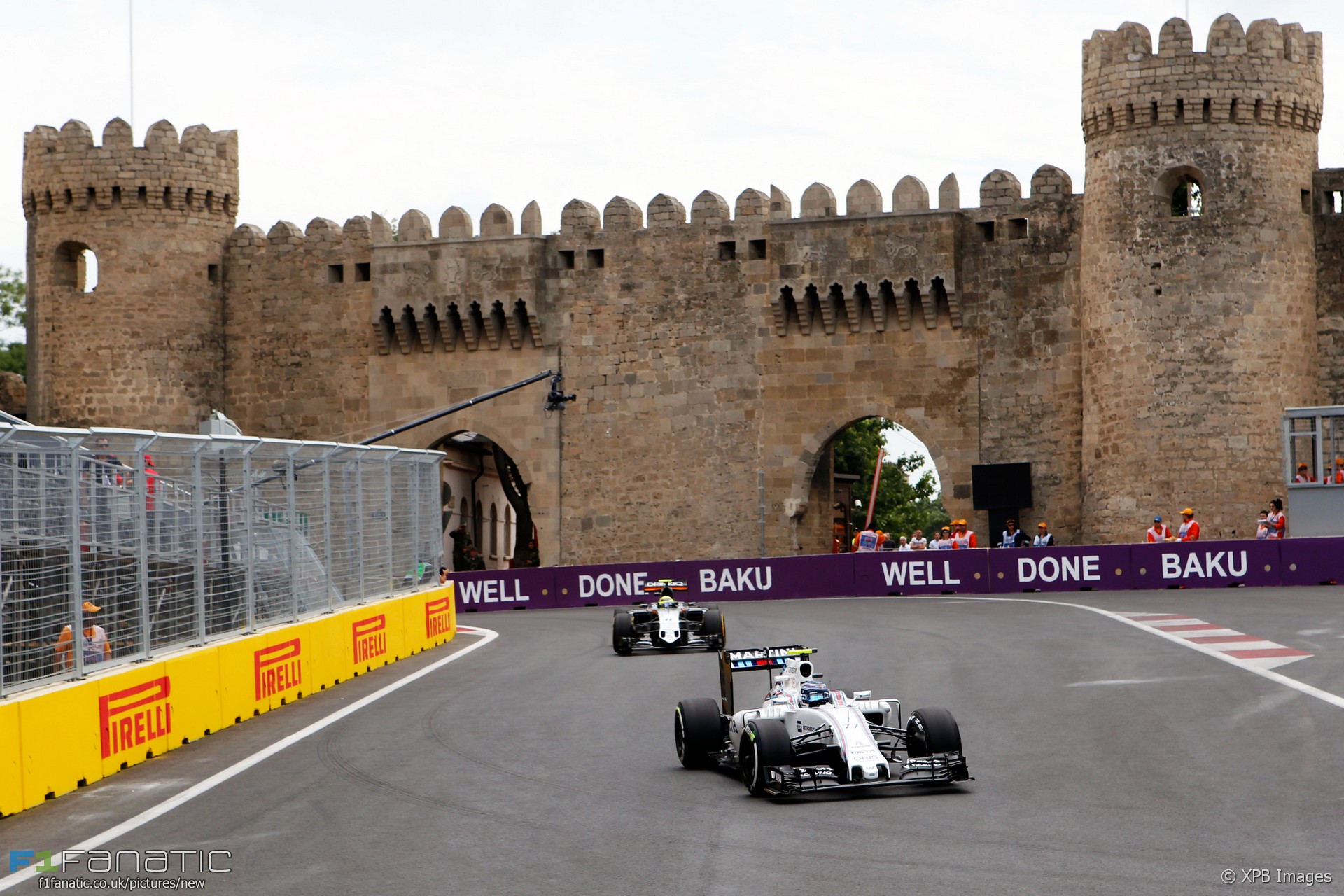 This is because teams generally take a more experimental approach to their car set-ups, trying a wider range of approaches – note the significant drop in top speeds between the two sessions. Also the track conditions tend to be extremely ‘green’ – this explained the two-seconds-plus lap in lap times between the first and second sessions.

What we can say with confidence is that lap times will continue to fall tomorrow and probably at a substantial rate. As well as the ever-improving track, organisers are expected to remove some of the kerbs which have caused problems today, which will open up the racing line in places and make the layout faster.

On top of that the GP2 feature race is being held before final practice instead of after qualifying, which will further clean the track and lay rubber down.

Tomorrow’s weather is likely to help some teams as well. The anticipated warmer conditions will be good news for Ferrari, who were not able to get the best out of their tyres over a single lap today. Two seconds off the pace of the Mercedes is surely not an accurate reflection of how competitive they are.

However teams noticed how quickly track temperatures began to fall at the end of second practice, particularly in the shaded parts of the track. This could create exactly the kind of tricky qualifying conditions which have caught Ferrari out lately.

Valtteri Bottas was consistently competitive throughout Friday running and he believes Williams “have the opportunity for another good result this weekend” following his podium in Canada. Felipe Massa, however, said he was “struggling massively” with his tyres.

Of the Mercedes drivers, Lewis Hamilton seemed more instantly at ease with the demands of the circuit. Nico Rosberg felt his true pace was disguised by the fact it was his turn to run the harder tyre in practice, and that medium compound seems especially conservative here. Nor will his cause have been helped by missing the final 20 minutes of running after his car lost drive.

At this early stage the race looks likely to be straightforward from a strategy point of view. Bottas managed a healthy 14-lap stint on the super-soft tyres without any apparent sign of drop-off in pace, indicating a one-stop strategy should be the way to go for most.