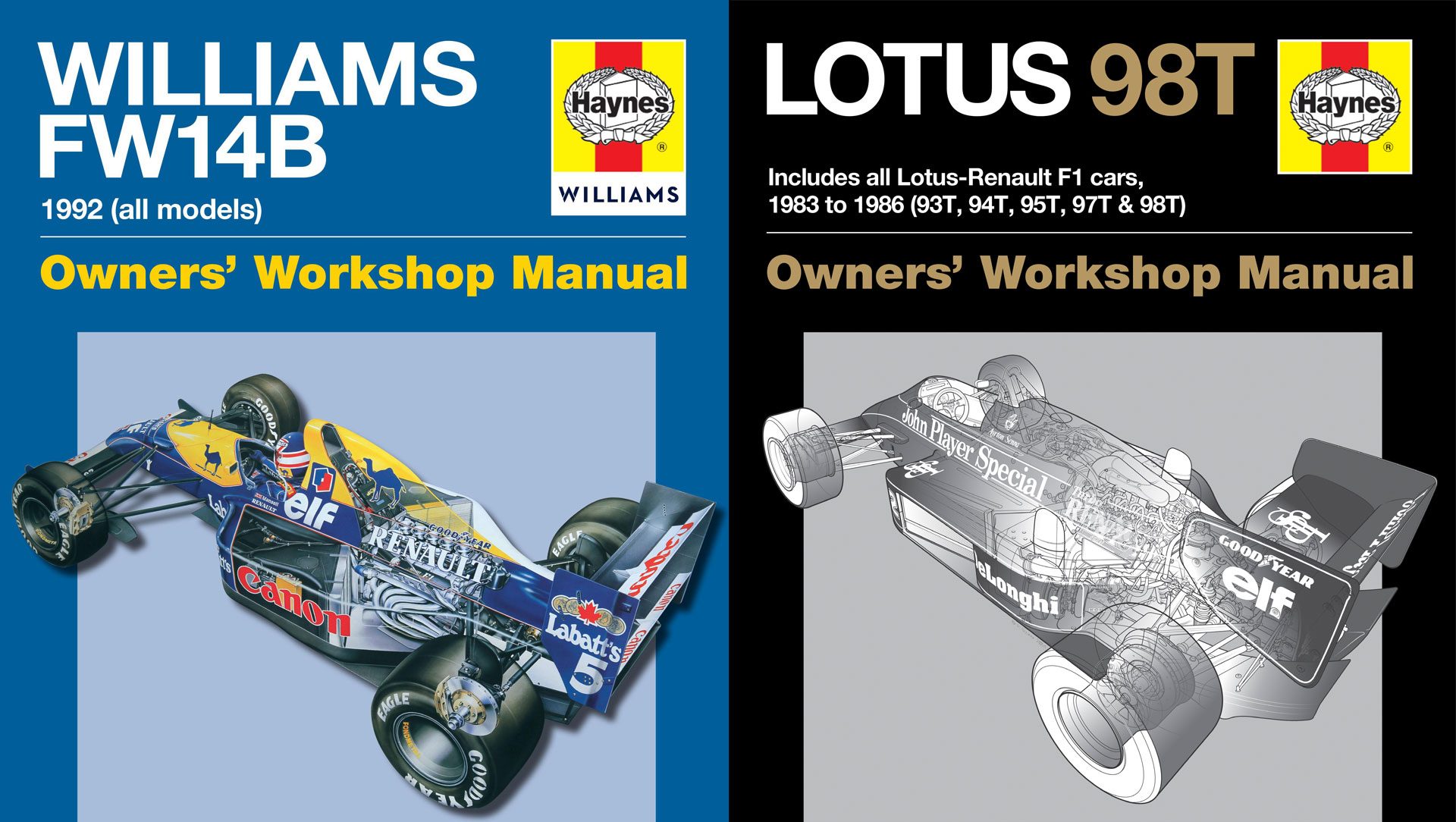 Unfortunately for Lewis Hamilton and Kimi Raikkonen there are no Haynes Owners’ Workshop Manual for the Mercedes W07 or the Ferrari SF16-H. One might have helped them with their troublesome engine settings during last weekend’s race in Baku.

But the iconic range is expanding rapidly with these latest two additions. They will soon be followed by the first on a Ferrari Formula One model, the 312T. There are already titles on the Red Bull RB6, McLaren M23, Brabham BT52 and Lotus 72.

Both these new books cover a much broader topic than just the single cars in question. The Lotus title also goes into the 97T at some depth and the cover refers to a total of five different models. And while the Williams book is outwardly focused on the awesomely successful 1992 B-version of the FW14, there’s rather a lot on earlier Williams cars too.

As one of the most revolutionary cars ever seen in F1 as well as one of the most successful, the Williams FW14B is a superb choice for this kind of treatment. The development of its pioneering active suspension system – which they and other teams had spent years trying to perfect – is explained in depth.

It is enhanced by current and period photographs plus a selection of fascinating original technical documents from the Williams archive. It’s just a pity so many images have been crammed in that as a result a lot of them are rather small.

The Lotus 98T may not have been as radical but it did boast a few noteworthy features for a car of its time, including a blown diffuser and an early example of barge boards. However the Lotus book is less well-focused, feeling more like a rough history of the Gerard Ducarouge-designed mid-eighties cars.

Both make worthwhile reads for the technically-minded F1 fan, but if your budget will only stretch to one then opt for the Williams.