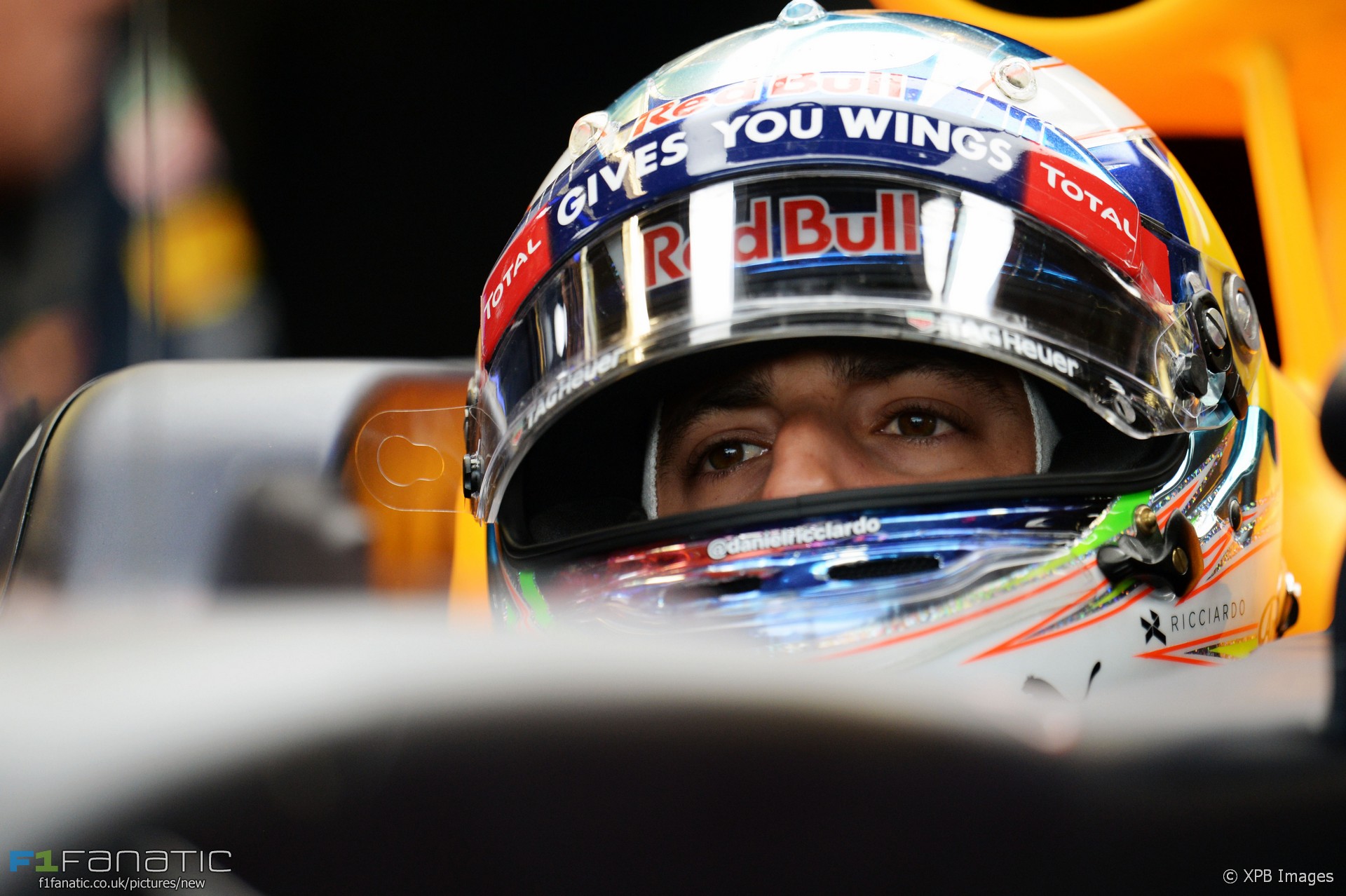 Daniel Ricciardo has confirmed he will remain at Red Bull until at least the end of next year.

Ricciardo confirmed in today’s FIA press conference he will continue with the team he was promoted to in 2014.

“We want to win,” he said. “This year is going to be tough for a world title but obviously where we are this year is where we are, you can’t do anything about that now.”

“But looking ahead to next year and obviously spending time with the team and seeing what’s ahead, I think it’s the best place to be to try and challenge Mercedes. That’s where it stems from.”

“We had Canada, I think we could have done better than seventh,” he said. “The second set of tyres flat-spotted and would have tried to maybe do a one-stop race if that wasn’t the case and that could have been a different story.”

“Baku, I think it is a power circuit but also we knew we had gone a bit wrong after three laps in the race. We struggled a lot with tyres.”

“We probably just haven’t executed the perfect weekend I’d say since probably not for a while. But I think performance-wise there’s still more in there.”

“We’re better than seventh, that’s probably what I’m getting at. This circuit will test us this weekend. Historically, the last couple of years it hasn’t been a strong one for us, but we’ll see. We’ll try to do what we can, hopefully better than seventh.”

13 comments on “Ricciardo staying at Red Bull until 2018”