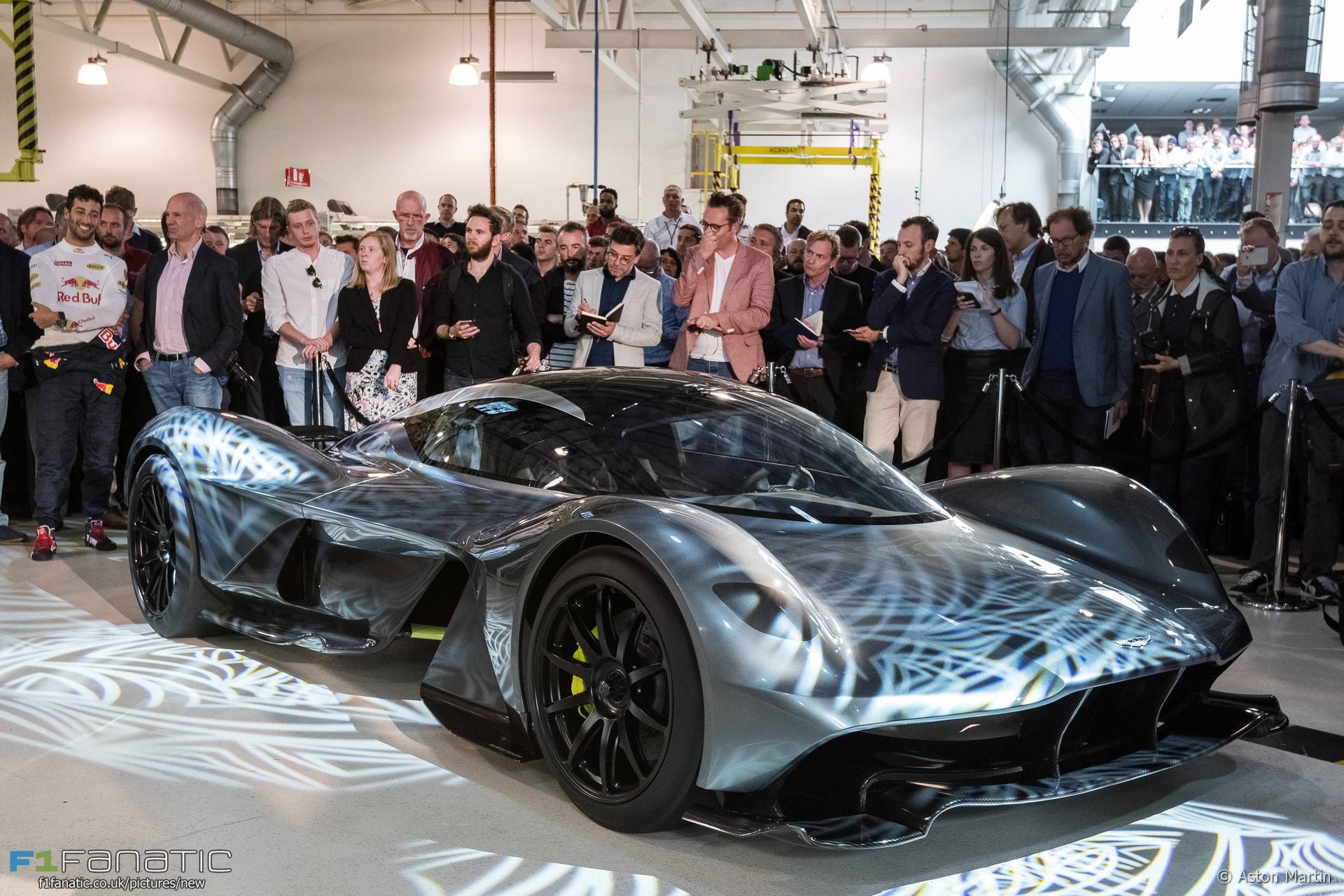 The Aston Martin AM-RB 001 has been billed as the world’s fastest road car with potentially F1-rivalling levels of performance.

The car is powered by a mid-mounted naturally aspirated V12 engine. Aston Martin intends to deliver the first examples of the two-seater in 2018, with up to 150 examples being produced including 25 track-only versions. Its price has not been announced.

“I’ve long harboured the desire to design a road car,” said Newey. “The formation of Red Bull Advanced Technologies brought me a step closer to realising that ambition, but I believed we should work with an automotive manufacturer. Aston Martin was at the top of my list.”

Newey said he wants the AM-RB 001 to be “a true road car that’s also capable of extreme performance on track” and promised it will have “immense outright capabilities”.

The car is styled by Aston Martin’s chief cerative officer Marek Reichman. But having employed one of the most famous Formula One designers Aston Martin claims its car “boasts truly radical aerodynamics for unprecedented levels of downforce in a road-legal car”.

“Thanks to the genius of Newey’s design much of this downforce is generated through underfloor aerodynamics, leaving Reichman free to craft a pure yet breathtaking dramatic form that elegantly expresses both the AM-RB 001’s cutting-edge dynamism and the unmistakable essence of Aston Martin.”

The collaboration between Aston Martin and Red Bull was revealed during the Australian Grand Prix weekend. Red Bull has carried Aston Martin logos on its car since the beginning of the season.