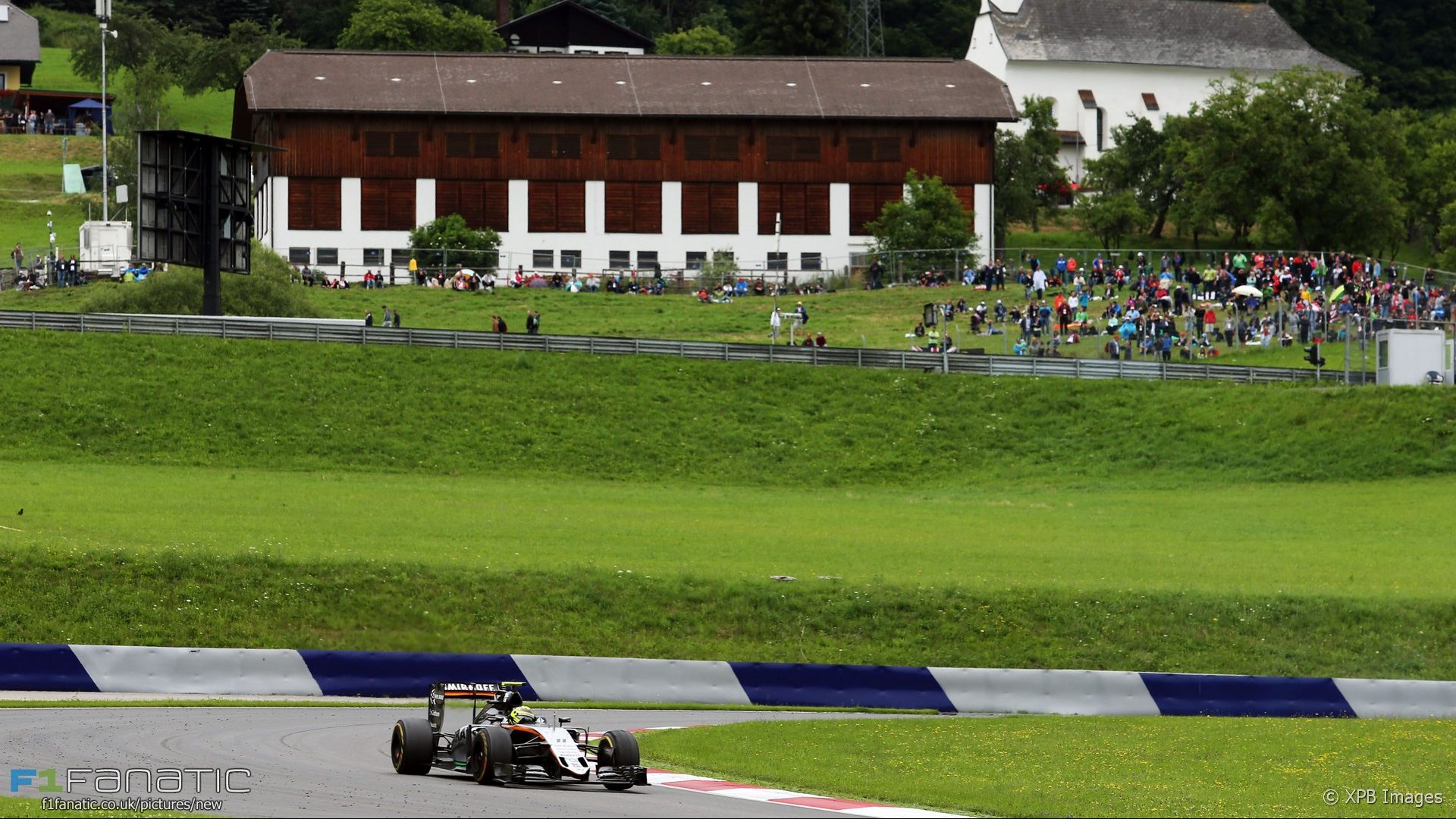 The Austrian Grand Prix raised further questions over whether Formula One’s new radio restrictions have gone too far after Sergio Perez crashed out in the closing stages due to a brake problem.

Force India were concerned they had been unable to advise him about the extent of his braking troubles, which had already led the team’s other car to retire.

Teams are allowed to warn their drivers about “critical” technical problems with their cars. Force India did this earlier in the season at Melbourne, the first race under the new restrictions, advising Perez his “front brake wear is critical” and he “will not make it to the end like this”.

Perez retired from the race while trying to stay in touch with Romain Grosjean’s Haas.

“I was pushing hard to stay close to Grosjean because I knew he had a five seconds time penalty,” he explained. “Then, on the final lap, going into turn three, I had no brakes and went straight on.”

While the new radio restrictions has led to a reduction in the amount of radio traffic, it still seems there are many more messages not being broadcast. Messages involving just eight drivers from the 22-strong field were