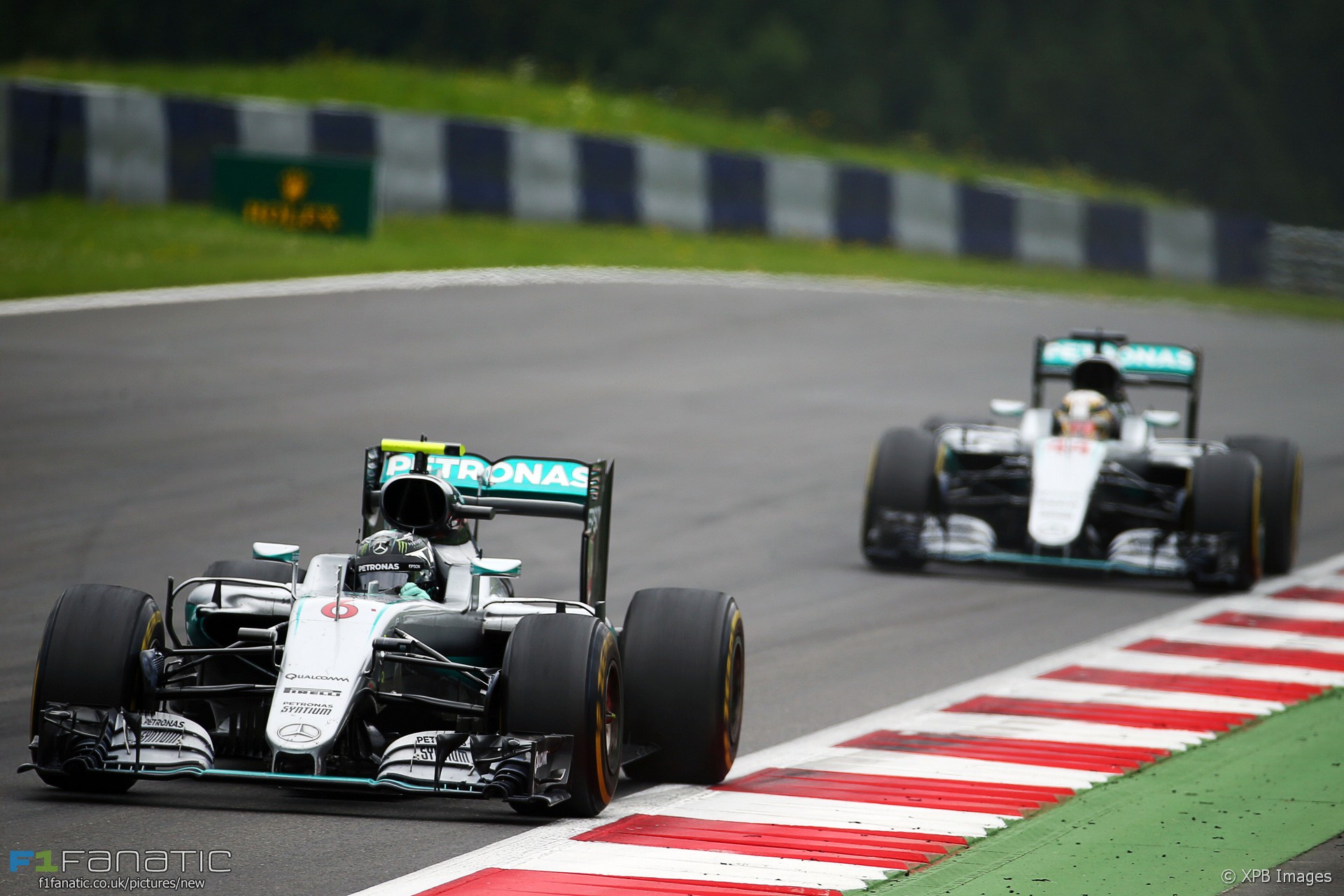 Mercedes executive director Toto Wolff says team orders will be imposed if the team find themselves in the same situation they were in at the end of the Austrian Grand Prix.

Lewis Hamilton and Nico Rosberg collided on the final lap of the race at the Red Bull Ring as Hamilton attempted to pass his team mate for the lead. Hamilton won but Rosberg slipped to fourth place having incurred damage in the contact with his team mate.

Rosberg was struck by a braking problem in the closing laps of the race which affected him at turn one on the final lap, giving Hamilton his opportunity to attack.

However Wolff told Sky if the same situation happens again Mercedes will call off the racing between their drivers.

“The answer is yes and I tell you why,” he said. “We had a situation where both cars were clearly – I wouldn’t say ‘damaged’ but the brakes were not in a state where they could properly race each other.”

“We were coming to a point that only the two of them raced each other and their brakes were near failure. We saw what happened to [Sergio] Perez he had a brake failure and he ended up in the wall. We saw [Felipe] Massa retiring the car.”

“In that particular situation we need to stop the racing before we have two cars breaking down. So we would probably interfere and say ‘we haven’t got the car underneath you to race’.”

Yesterday Mercedes confirmed they will continue to let their drivers race each other without team orders but the ‘rules of engagement’ between their pair have been toughened up.