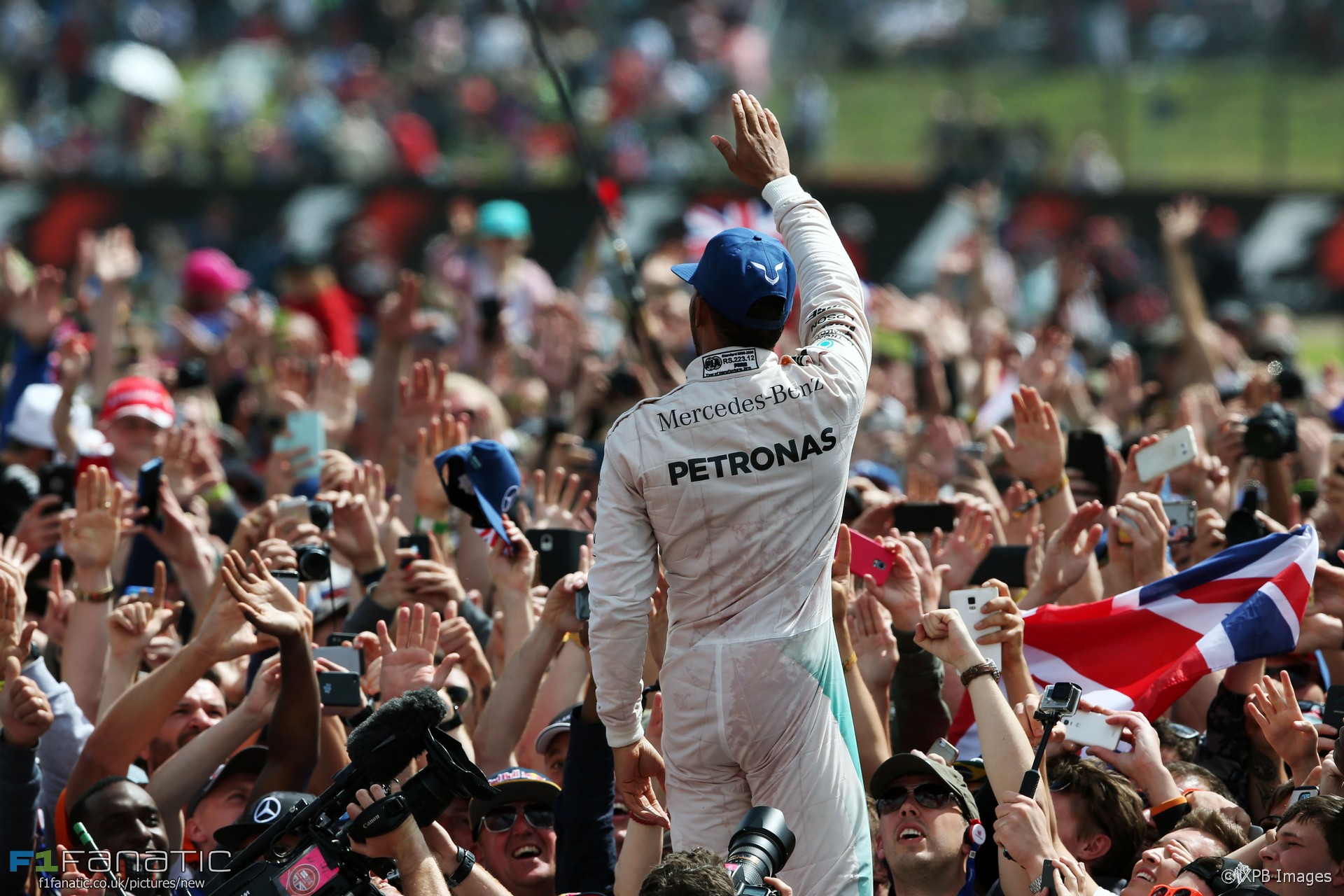 Lewis Hamilton has spoken out against the treatment his team mate received from some spectators at the British Grand Prix.

During the podium ceremony Hamilton praised fans who did not boo at his team mate, saying “you don’t hear a lot of booing”, though several did jeer at Rosberg shortly afterwards.

Speaking to Sky after the race Hamilton encouraged his supporters not to boo his rival.

“We’ve had a great day, we don’t even need to stoop to the level of some people who’ve done that in the past. I think we’re above that.”

“It doesn’t matter whether you’re first or second, you should always be positive. There’s no need for it.”

Hamilton ran out to the crowd in celebration following his fourth victory on home ground.

“It was amazing to get out there,” he said. “I tried to crowd surf but I guess I’m heavy! I’m not, I’m really light.”

“What an amazing crowd we have here. We unequivocally have the best fans in the world here. You never see that anywhere. In Italy, of course, they’ve got good fans there but I think the passion here is equal if not greater.”

46 comments on “Hamilton tells fans not to boo Rosberg: “We’re better than that””