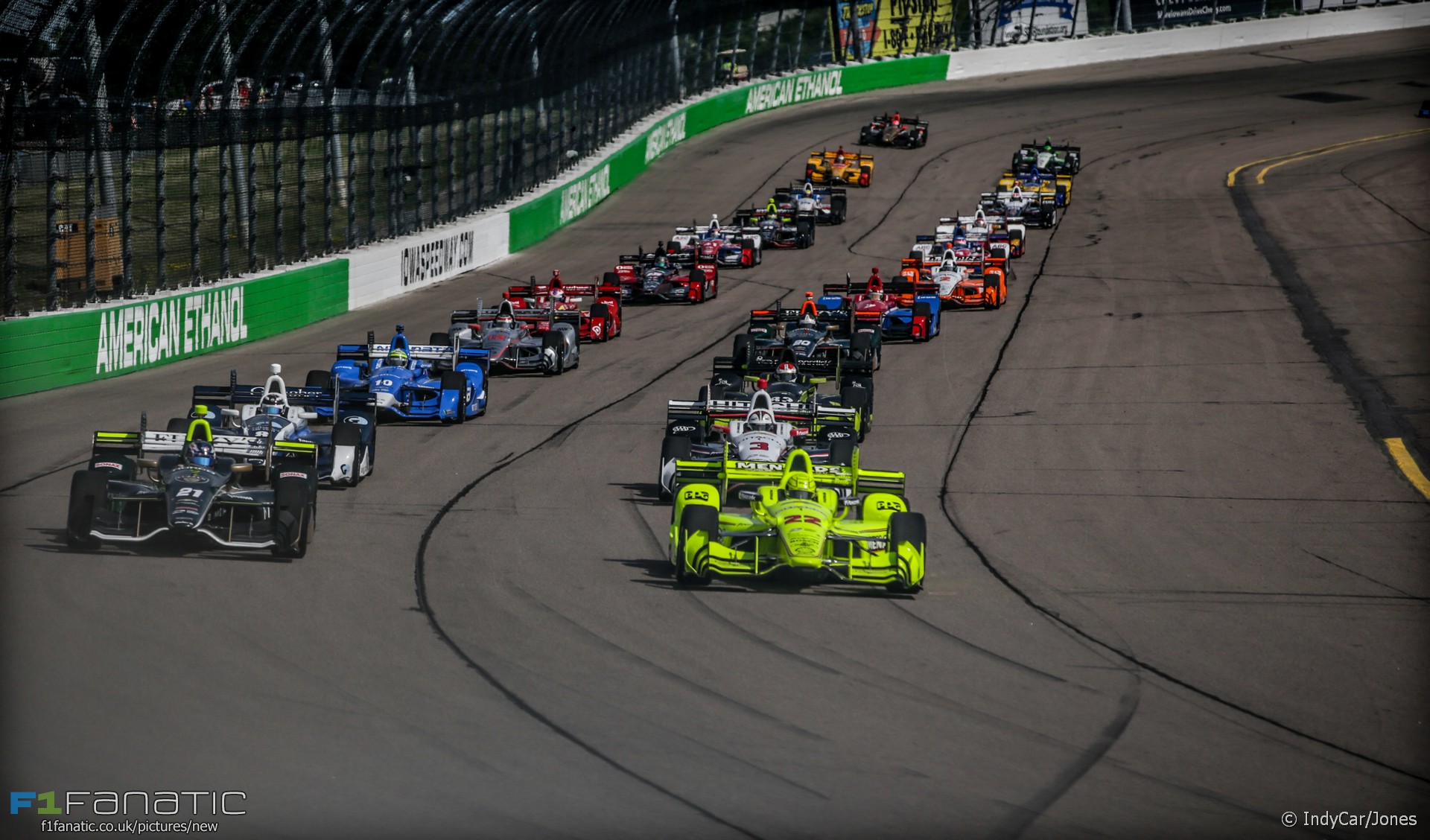 Second place in the championship is not the place to be in IndyCar this year as for the third race running the closest rival to Simon Pagenaud hit trouble.

It began with Helio Castroneves in Detroit: the Penske driver had worked his way up into second place in the championship behind Simon Pagenaud and passed his team mate to lead the race, only to be disadvantage by a late caution period.

That allowed Scott Dixon to take second in the standings, but an electrical problem struck him down at the following round in Road America. Castroneves took second back, but yesterday in Iowa he lucked out twice by pitting just before the race was neutralised.

The upshot is while Pagenaud hasn’t won a race since May he retains a very healthy championship lead of 73 points, reduced by just one in yesterday’s 300-lap race at Iowa. The new occupant of second place is Josef Newgarden, who stormed to a dominant win despite still carrying his injuries from Texas. Cam Newgarden break the curse at Toronto this weekend?

Brad Keselowski won his second race on the bounce after playing a fuel-mileage game and just crossing the finish line in time before running out of fuel. Carl Edwards closed six seconds in the final ten laps but had to settle for second by 0.175.

Red Bull claimed both 70-lap races around the streets of Townsville. Jamie Whincup won the first while team mate Shane van Gisbergen battled thrillingly with Chaz Mostert on his way to second. Van Gisbergen took honours in the second race and now trails his team mate by 53 points at the top of the standings.

Lewis Hamilton won the British Grand Prix ahead of Max Verstappen after team mate Nico Rosberg was penalised following the race for illegal radio messages from his team.

After over 1,000 win-less days, Pierre Gasly finally got the monkey off his back in GP2 by claiming the feature race win, while Jordan King made the most of reverse grid pole to take the sprint race victory. Oliver Rowland now leads the championship despite not having won any of the ten races so far.

In GP3 it was Alexander Albon who won race one from pole position – but a failure to score in race two and a double podium over the weekend for Charles Leclerc ensured the Ferrari junior kept the championship lead while Antonio Fuoco closed in with his first win of the season in race two.

Next weekend IndyCar are racing again while Super Formula and Euro F3 are also back in action. NASCAR and DTM will be the tin-top action.