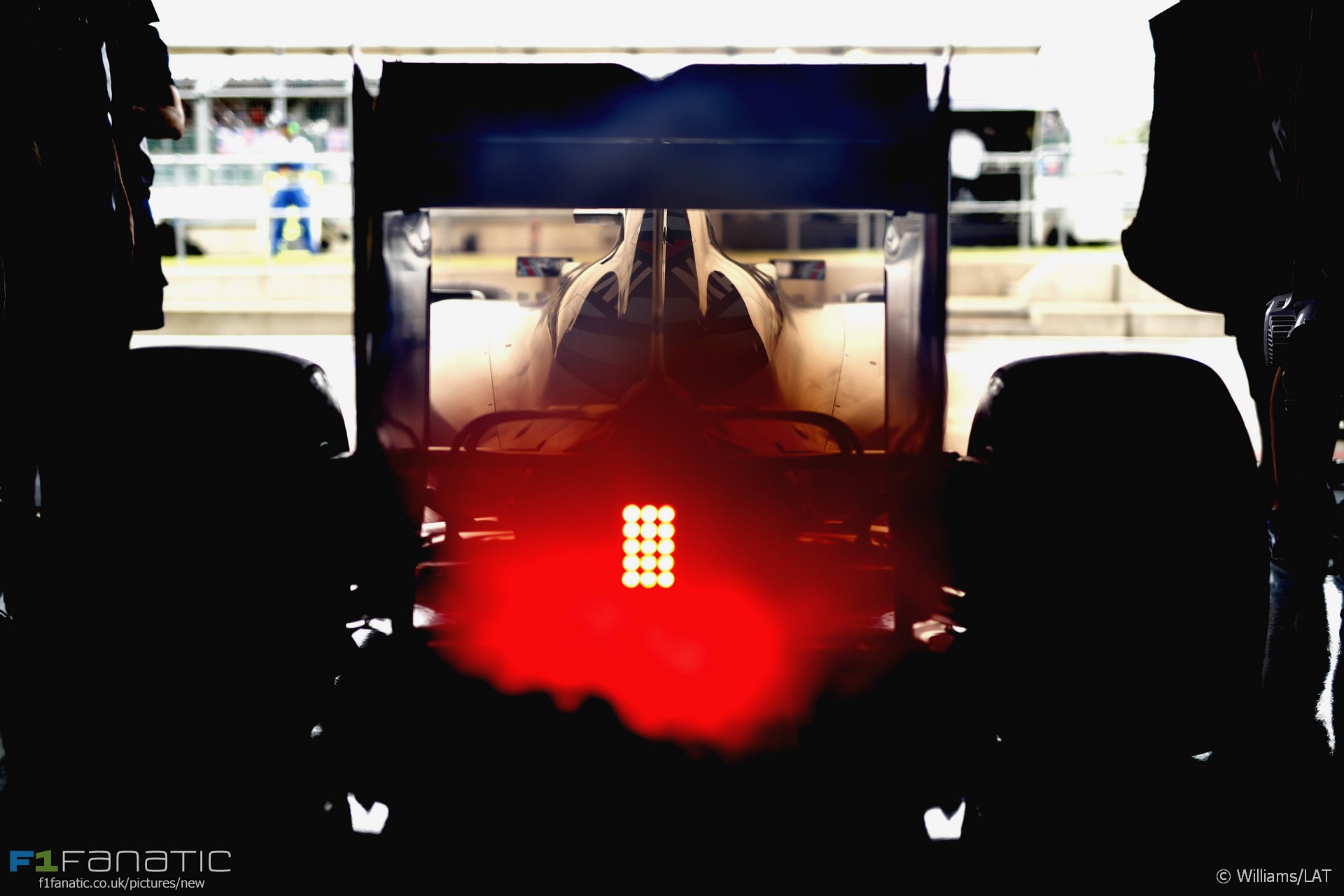 Ten of the best pictures which tell the story of the 2016 British Grand Prix weekend.

One of the home drivers inevitably commanded most of the attention but Jolyon Palmer was out to enjoy his first start at Silverstone as an F1 driver.

It was a hero-to-zero sort of weekend for Pascal Wehrlein: Having scored a point in Austria he spun out early in the rain on Sunday.

Williams starred in this race last year, passing the Mercedes at the start and leading. There was no repeat of those heroics this time – both drivers finished out of the points.

Sauber brought their first upgrades of the year to Silverstone but Marcus Ericsson smashed his car up against the barriers in final practice and missed qualifying.

While a minority of spectators resorted to mindlessly jeering at Nico Rosberg, others found wittier ways of expressing themselves.

With one side of the grid almost flooded a rolling start was inevitable.

Max Verstappen put in a bravura performance in the rain, passing Rosberg around the outside at Becketts. DRS inevitably undid his hard work when the track dried, but Rosberg’s penalty handed second place back to Red Bull’s young star.

The finishers lined up at the end of the race.

Lewis Hamilton celebrated his fourth win on the podium…

… and with his adoring fans.