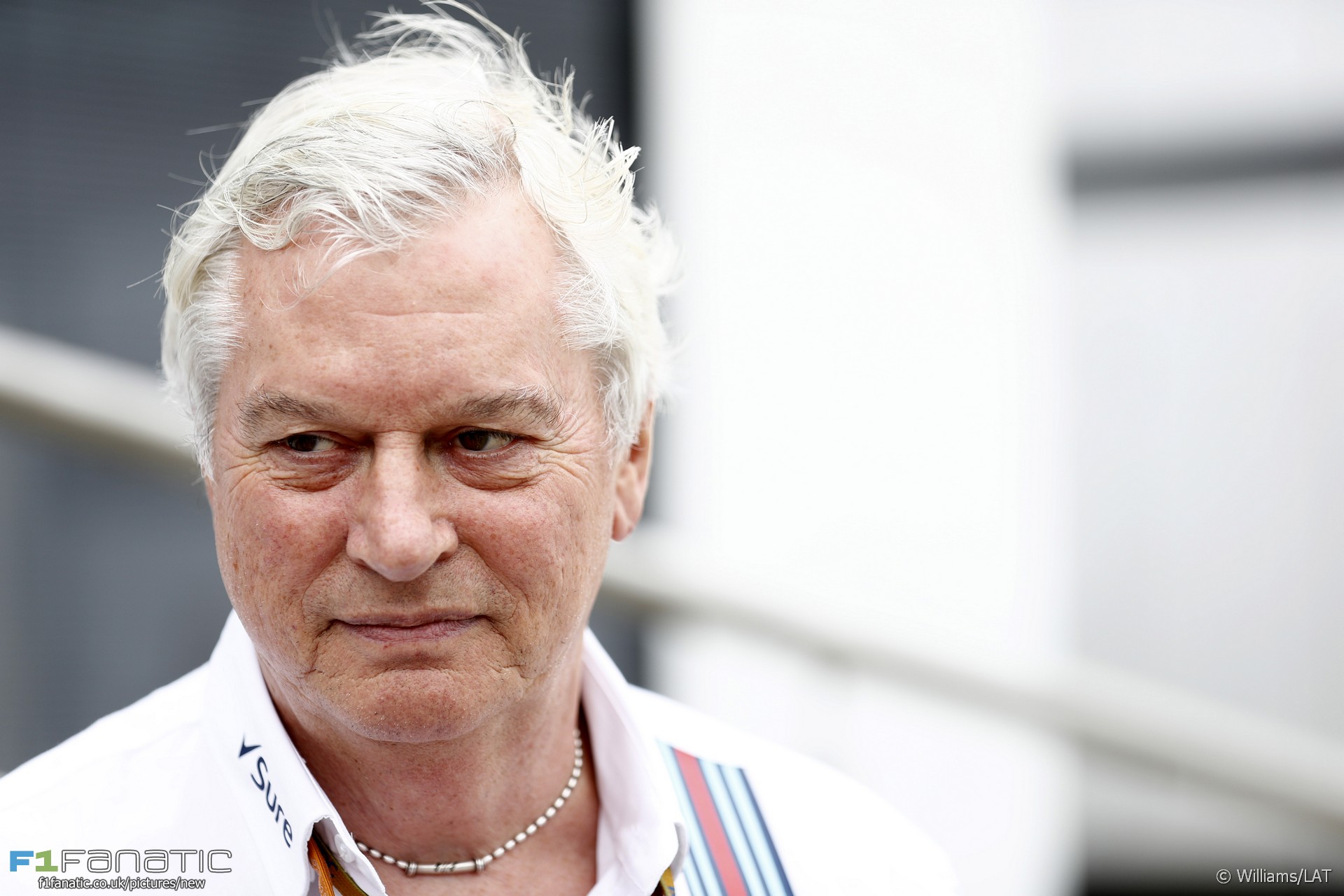 In the round-up: Williams technical chief Pat Symonds doubts the planned regulations changes for next season

"Whether it's what the sport needs or not - I don't think it's going to do much for the racing."

"We are bringing a new floor to this race as part of our continued development, but the real focus will be on the expected high temperatures and the completely resurfaced track which will be very demanding on the tyres."

"The accounts show turnover decreased by £36.3m that related 'predominantly to a reduction in sponsorship for the year'."

"Max will first meet fans and the media at 3pm in Brisighella and then, at 6, the prizegiving ceremony gets underway at the Teatro Spada."

"The scuderia added a couple of winglets under the nose of its SF16-H, in the wake of the turning vanes."

No pressure, then, McLaren https://t.co/O8OPuVmKCj

Just finished an article for @f1fanatic_co_uk on #motorsportphotography. What tracks to visit, Panning basics etc! pic.twitter.com/UGHq9F7hsx

Is Hamilton the only thing keeping Rosberg from greatness?

Thinking how close Rosberg would be to winning a championship if it weren’t for the lauded talent of his teammate, and he may still win this year, where would he sit against previous championship winners? Could he be the least talented winner and be solely remembered for the dominance of Mercedes in this era or is it more complicated than that? Are there any previous WDC winners that we would rate lower than Rosberg?

I personally don’t think he’s missing much as a driver, he can’t be slow to be that competitive with Lewis on Saturdays after all but he does seem to be lacking something on Sunday which is where I think our favourite champions have tended to excel.
@Alec-Glen