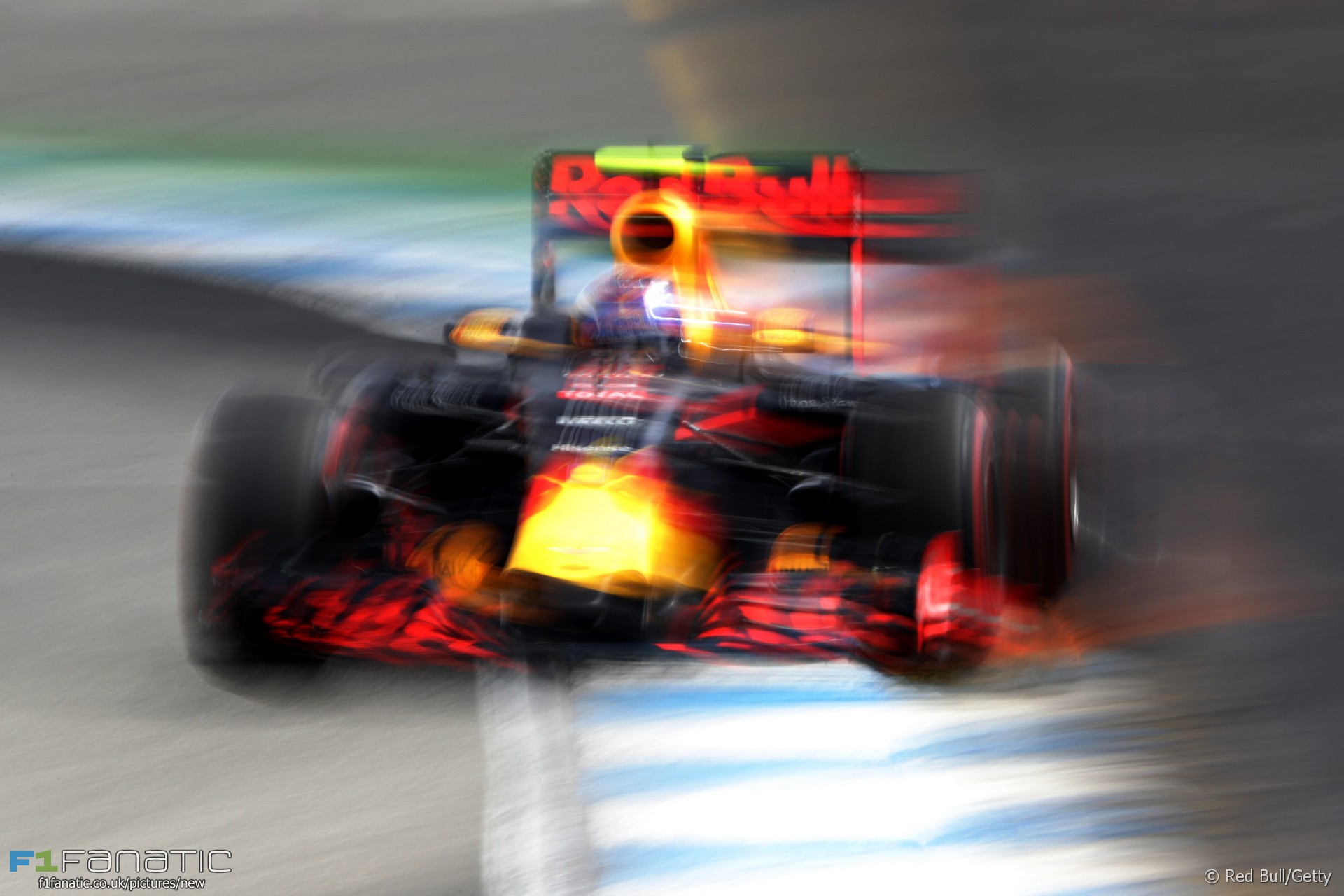 Ten of the best pictures which tell the story of the 2016 German Grand Prix weekend.

A familiar face in the paddock: Mick Schumacher’s father won the German Grand Prix more times than any other driver.

The Williams got away from Valtteri Bottas during practice.

Max Verstappen explored the limits of the track during practice – he went wide 14 times at turn on in first practice alone.

The trademark sparks from beneath Daniel Ricciardo’s Red Bull: he was once against the fastest non-Mercedes in qualifying.

Fernando Alonso celebrated his 35th birthday during the race weekend but left the Hockenheimring point-less.

A lock-up for Lewis Hamilton at the Spitzkehre cost him his shot at pole position.

Verstappen pounced on his team mate to take second as they both dodged past a slow-starting Nico Rosberg.

Rosberg’s attempt to reclaim his place from Verstappen led to a penalty after he was found to have forced the Red bull driver off the track.

Kevin Magnussen and Carlos Sainz Jnr fought hard but neither added to their points hauls in Germany.

While Ricciardo celebrated his podium with a ‘shoey’ the other occupants of the rostrum used more traditional vessels for a sip of champagne.