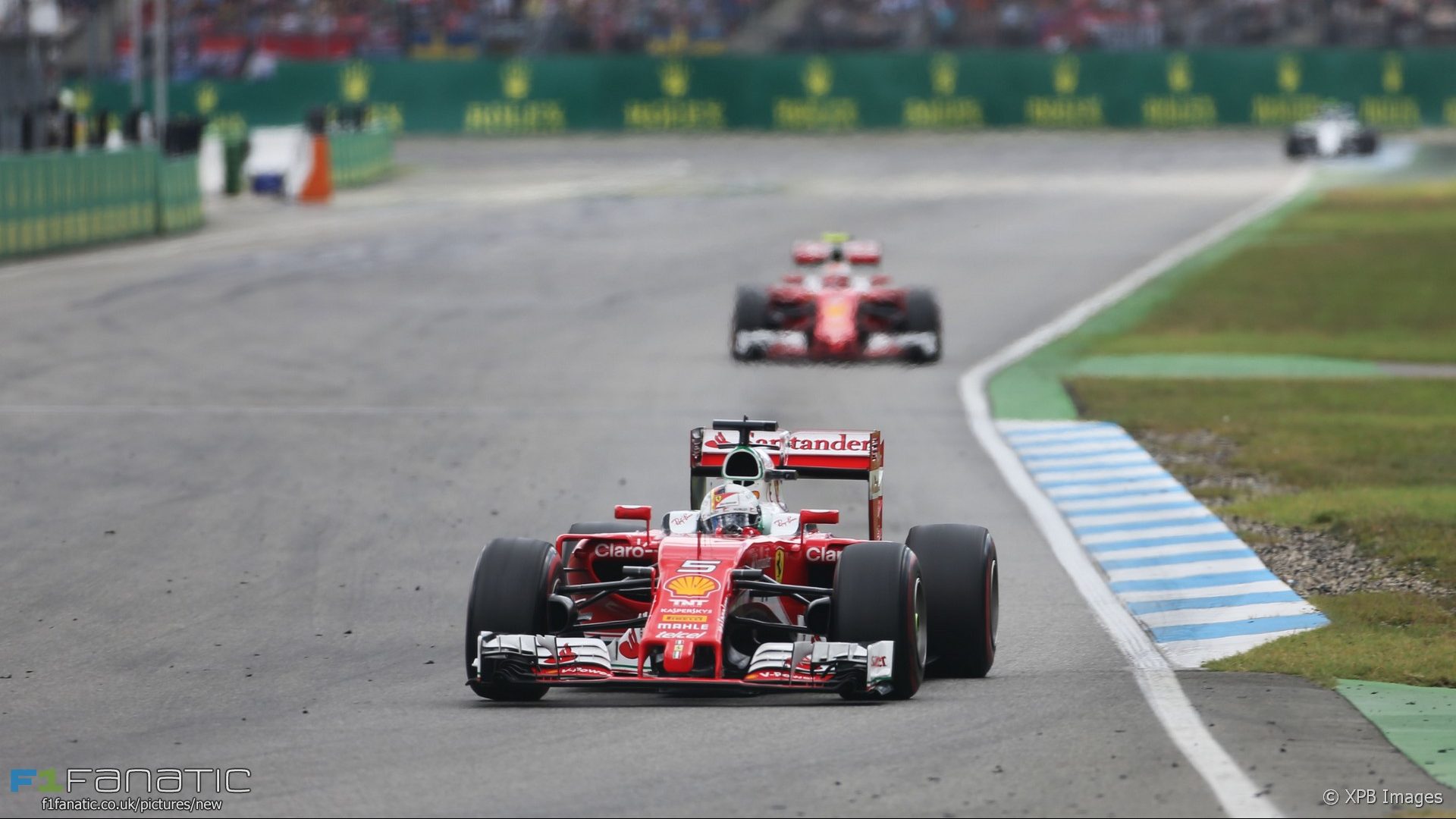 The restrictions on what teams were permitted to say on the radios were lifted ahead of the German Grand Prix.

According to the FIA one goal of the change was to give fans greater access to the radio traffic between the drivers and their teams. “This approach is aimed at providing improved content for fans and spectators,” it said in a statement, “as teams will now be required to provide the Commercial Rights Holder with unrestricted access to their radio messages at all times that their cars are out of the garages”.

However while Sunday’s race saw a slight rise in the number of radio messages made available by Formula One Management for F1 fans, the total number broadcast was still far below what was typical prior to this season. There were 73% fewer radio messages played compared to the last German Grand Prix:

Since the British Grand Prix teams have been able to listen to all of their rivals’ radio messages in real-time. Evidence of this can be seen in Red Bull’s message to Max Verstappen on lap three, which refers to a communication involving Lewis Hamilton which wasn’t broadcast.

It remains to be seen whether Formula One Management plans to give fans the level of access after the summer break, or whether they will instead continue to play edited and delayed communications, and far fewer of them than was being broadcast less than 12 months ago.

Among the messages which were played during the German Grand Prix was a revealing sequence involving Sebastian Vettel, who initially refused to obey an instruction from Ferrari to make a pit stop in the closing stages. Ferrari wanted to bring Vettel in early to put pressure on Max Verstappen.

Vettel resisted, pointing out he was nowhere near the Red Bull. However Ferrari may have wanted to force Red Bull to pit Verstappen early because he would have to take super-soft tyres at his next pit stop and his lap times had dropped off towards the end of his previous stint on the same rubber.

Vettel wasn’t in a position to appreciate this, and it’s revealing that he second-guessed his team’s strategy at this point. However as he was eight second behind Verstappen at the moment he was called in, it does indicate Ferrari were being a bit optimistic about how great a threat they could be to the Red Bull.