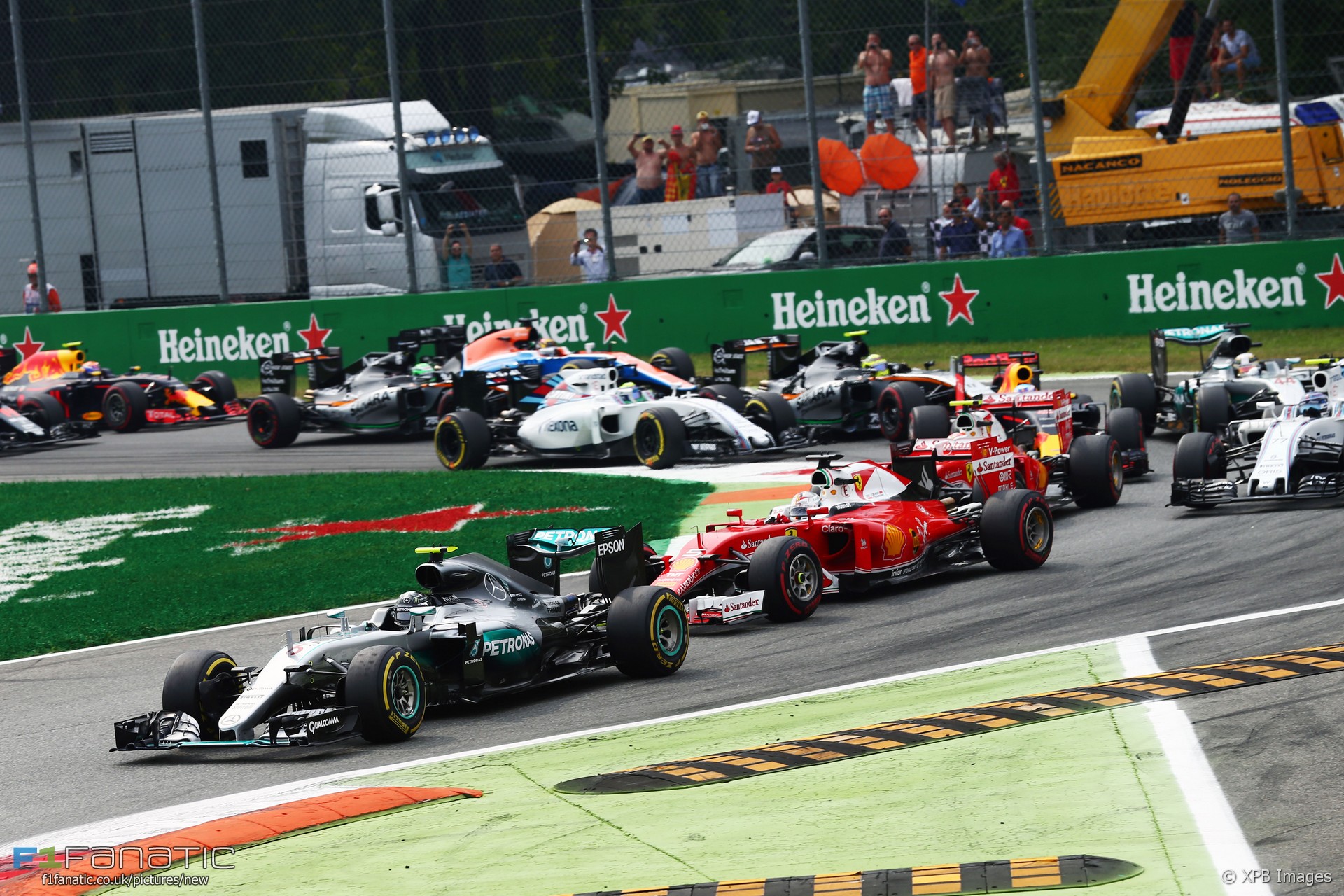 Hamilton lost the advantage of pole position immediately after the start while Rosberg took up the lead. The championship leader had to fight his way past slower cars to finish second.

The Mercedes pair each made a single stop one their way to their fourth one-two finish of 2016. Behind them the Ferrari pair two-stopped to third and fourth position, Sebastian Vettel claiming the final place on the podium.

Daniel Ricciardo claimed fifth place with an audacious pass on Valtteri Bottas at the Rettifilio chicane with five laps to go. Shortly afterwards Max Verstappen put a similar move on Sergio Perez at the Roggia to claim seventh.

A good start helped Felipe Massa on his way to ninth place while Nico Hulkenberg took the final point.

An early collision between Jolyon Palmer and Felipe Nasr put both drivers out of the race, while Pascal Wehrlein was the race’s only other retirement with a technical problem.