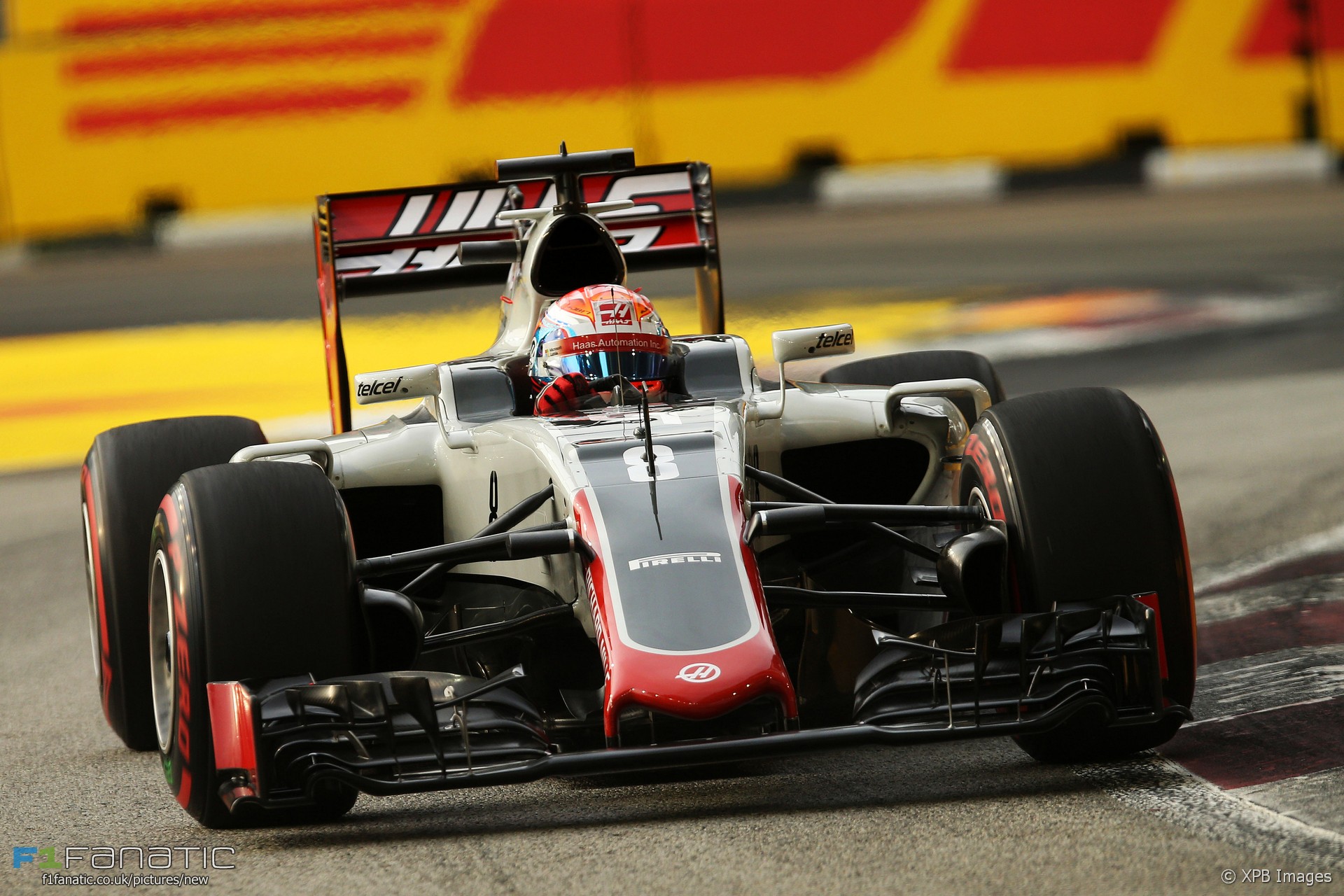 Romain Grosjean admitted he is at a loss to understand why he is struggling so much this weekend after crashing out during qualifying.

The Haas driver hit the wall for the second time this weekend during Q2, an error which left him 15th on the grid.

“I don’t know what’s going on, to be fair,” he said afterwards.

“Yesterday we had issues, we were struggling. I spun the car and crashed yesterday and ended up doing the same again today.”

“That’s not my style of driving, to do that twice in two days. There’s something not quite right, so we really need to analyse what it is.”

“We’ve been trying to resolve the problem. It was qualifying and I was pushing at 200 percent. It’s just been a weird weekend all along.”

Grosjean will start one place behind team mate Esteban Gutierrez.

One comment on “Grosjean baffled by “weird weekend” after crashes”