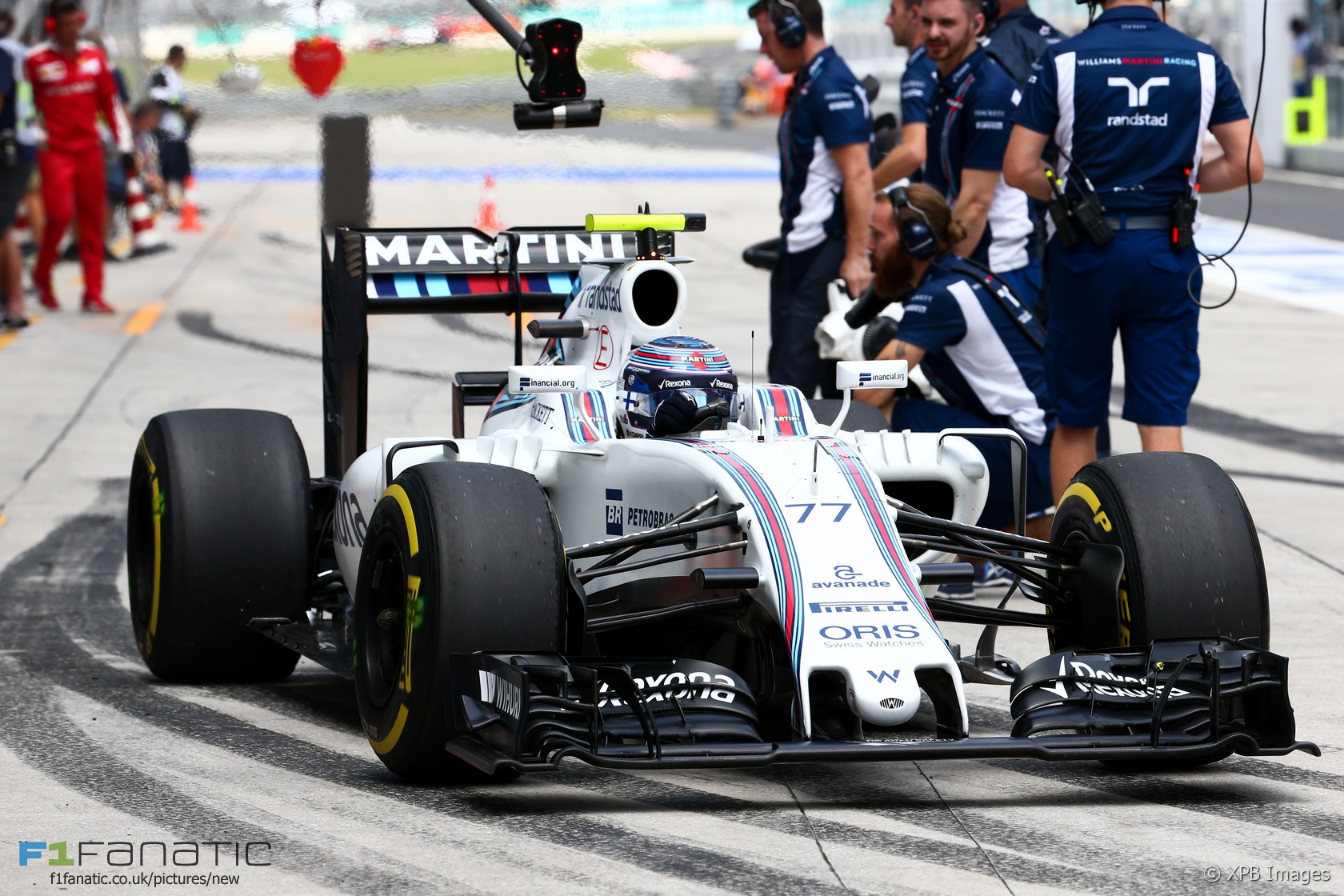 Three Virtual Safety Car periods during the Malaysian Grand Prix meant some drivers got lucky with their strategies – while others were left to rue their misfortune.

The Force India drivers in particular were undone by Valtteri Bottas running a single-stop strategy after the Williams driver started outside the top ten on the medium compound tyres. Bottas was also aided by another rapid pit stop by the Williams crew.

“It was a solid race for us today, but I think we were a bit unlucky with the way the race unfolded,” said Pere.

“At the start, things looked very positive. I had a good launch, stuck to the inside line and was up to third after turn one. There were some very quick cars behind me and I knew there was no point in fighting too hard and destroying my tyres.”

“The key moment of my race was the first Virtual Safety Car, because it handed a big advantage to those who were able to start on the medium tyres, and dropped me down the order when I pitted.”

Another driver who managed to make a single-stop strategy work was Jolyon Palmer and he reaped the reward of his first points finish in F1.