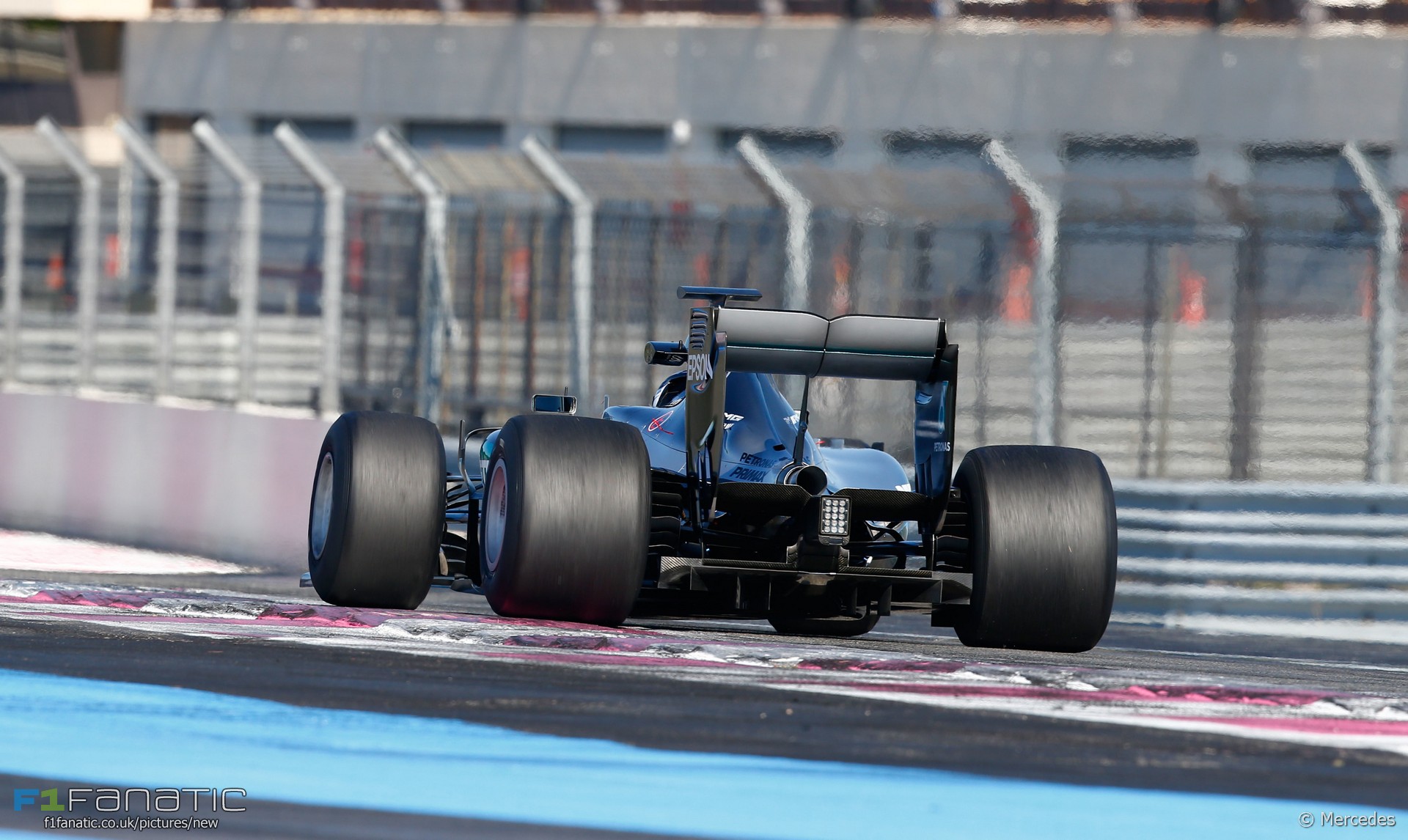 In the round-up: Carlos Sainz Jnr says Pirelli’s new, wider tyres will play a greater role in determining the success of the changes to F1 in 2017 than the revised aerodynamic rules and increased fuel allocation.
as

"Sainz says the success of Formula One's 2017 rules changes will mainly come down to how well Pirelli's tyres perform."

"Q: Could Red Bull’s young driver programme deliver such an American hero? Christian Horner: There is nobody in the pipeline. Our system is purely focused on talent and at the moment we haven’t discovered any young protege from the US that fits the system."

Column: A Win for IndyCar as Rossi Chooses Series Over F1 (The New York Times)

"One of my huge things when I was growing up and wanting to race in Formula One, aside from the desire to race in Europe, was the fact that I wanted to represent the US and be an American driver that was successful."

"The lack of the clothing, that didn't sit that well with the locals. In Australia, maybe you could get away with it, but when you travel abroad you have to be more careful."

FOM will make footage from the drivers' briefing available to broadcasters from this weekend.

"It's normal: we bring new parts and you may use them, you may not."

"Hamilton, who arrived in Tokyo on Monday ahead of Sunday’s grand prix at Suzuka, later backtracked on his accusation against Mercedes, and the team have responded by flying the engine nearly 7,000 miles from Kuala Lumpur to their base in Brixworth to analyse why it failed on him and to see if there is any clues as to why it is Hamilton’s engine that keep breaking down."

"Unfortunately you have to take these things into account, and it is still easier to accept than what I suffered at Singapore in 2008..."

Niki Lauda: ‘James Hunt would not push you off the road. We trusted each other’ (The Guardian)

"For me it was ridiculous. Because of a stupid TV deal we had to go out there and risk our lives. No one could see anything. It was a disaster."

F1’s future needs to be loud and lairy (Motorsport magazine)

"If this is just a transitional technology for the road car industry and F1 cannot follow the next leap, then it’s surely time to reassess."

"The F1 world and money changes your perspective in life and how (you're) seen, so when (Lewis Hamilton) left McLaren he changed his profile to try and be more in control and I understand that totally, but as a photographer (it's) very difficult and he now sees us as news/celebrity photographers which is not true, we love taking amazing images and if he would just give us some time each day we would prove it."

@karunchandhok @therealdcf1 @C4F1 I agree, but i wonder if Lewis, Fernando, Jenson, Daniel, Max & even Seb would have hit Kimi when passing?

This is the awesome car crew. In the garage there are around 50 guys, and they work 18 hours a day to put my car together. Not only that, they have to be ready to do the pitstops in under 3 seconds. There are too many different skill sets and specialists to mention all departments in the garage, (Car crews, engines, gearboxes, hyds, bodywork, spares, aero, composites, the list goes on) but I can’t tell you how much I appreciate the time and effort everyone puts in. Away from their families so many weeks of the year, this end of the season is tough on them. It's hot and humid with no air-con in the garages, and to add to that, the jet lag and pressure of competition within F1 – this time of year can feel a long way from home. All I can do to repay their efforts is to push to the limit on the track. @mercedesamgf1

Sainz’s criticism of the Virtual Safety Car did not win much support:

He is claiming that the leaders gain an advantage because they get to keep the lead they have worked to build up under Virtual Safety Car and that it would be better for that to be wiped out by deploying a full Safety Car. That’s not gaining an advantage, it’s just not getting the disadvantage which you used to have with Safety Car periods.

It’s another example of how drivers (and more often teams) opinion is often too focused on what suits them and not on whether something is actually the right thing to do. Suggesting the full Safety Car is deployed solely to bunch up the field and not because it is required for safety is equivalent to suggesting weight penalties to level up the field – it might look better but it certainly isn’t a fair way to contest anything.
@Jerseyf1

Keke Rosberg and Yannick Dalmas shared victory for Peugeot in the World Sports-Prototype Championship round at Mexico City on this day 25 years ago.

41 comments on “Tyres will determine if 2017 rules succeed – Sainz”