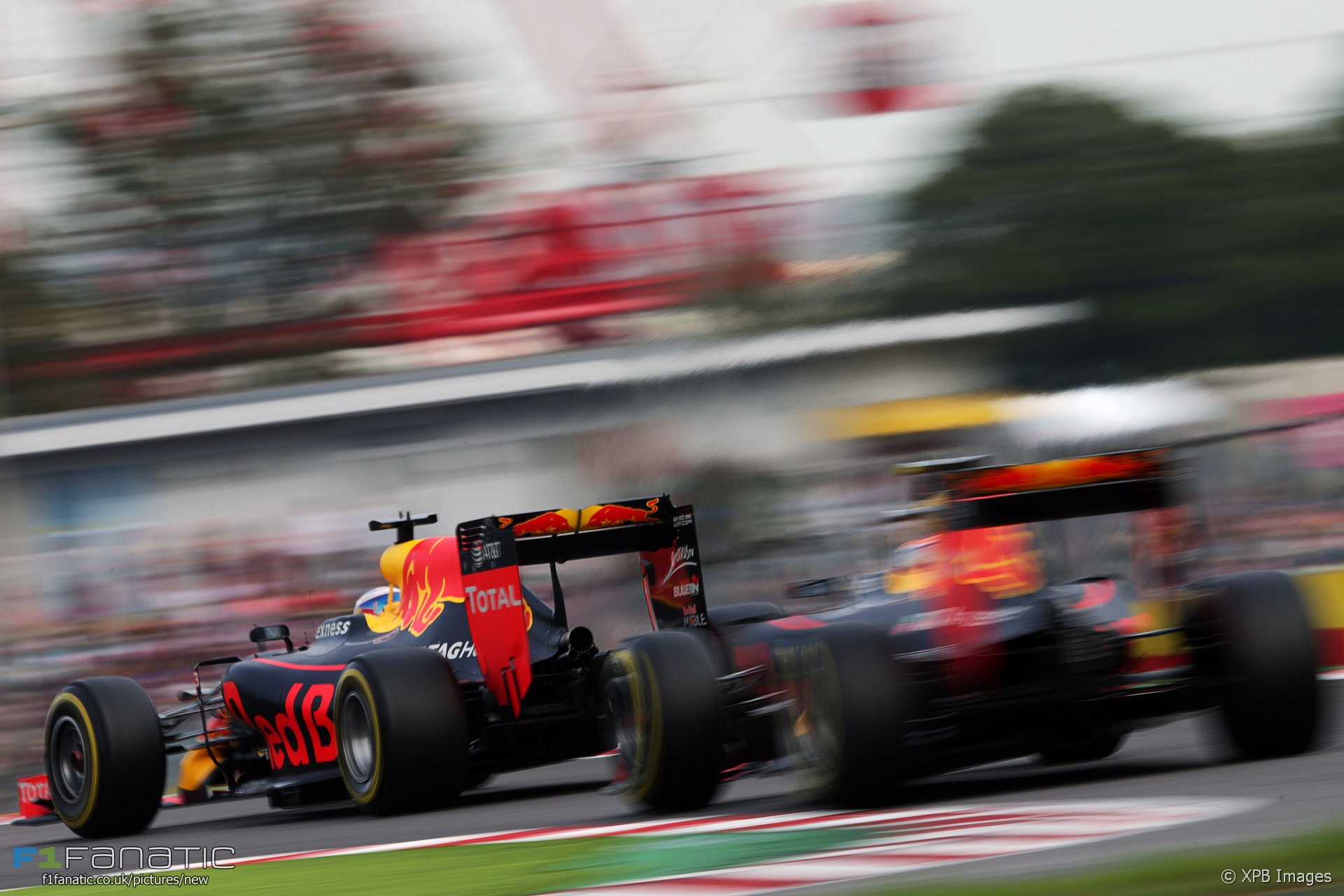 In the round-up: Daniel Ricciardo reveals the ‘engine degradation’ problem which has struck him in Japan has happened earlier

"Normally you don't see a deg in the engines, they hold pretty well for the life they are supposed to do. But it was there last week, I didn't bring it up but it's been there a few times this year."

"The safety measures were in place (today) to maybe not run it as spicy as we could. But we are not sure 100% that this will protect it.”"

"There is nothing between us, nothing that we need to sort out."

"The request was made by Charlie Whiting at a heated meeting at Suzuka on Saturday at which Niki Lauda put the case for Bahrain and Christian Horner argued for remaining in Barcelona."

Damon Hill reflects on his career and says: 'It's easy to get cynical in Formula One' (The Telegraph)

"He was a little bit less than careful with words. The problem is there are a lot of Hamilton supporters who will support him to their dying breath and hang on his every word."

"Hamilton did not specify which particular articles he was offended by, and Mercedes said they did not know. The team did not know Hamilton was planning to make his statement."

"Positively surprised how well the car's been behaving and how quick it's been."

"This track doesn't suit our chassis and obviously on the engine side we are not on the same performance level of Mercedes, so both combined make it a difficult weekend for us."

Palmer boosted by delivering under 'a lot of pressure' (F1i)

"There’s a lot of pressure at the minute on both me and Kev (Magnussen) to do the job, and to have a point in Malaysia was massive."

Dealt with qualifying as best I could. Start 5th nonetheless and gonna be sprinkling herbs all over this shiz tomorrow

A very rough Saturday.No laps in FP3 ment we where in the back foot for Qualy. In the end P14 is not that bad but i expected something more!

How awesome is this?! #F1 #Ferrari F187 #JapaneseGP #Suzuka pic.twitter.com/ZCGZnuMGlU

Well that was odd. Lewis unhappy about reaction to presser the other day and says he won't be answering questions. Never a dull moment

Hamilton refuses to take questions from written media following qualifying. Gave his reasons as to why and left. #F1 #JapaneseGP

after thu press conference issue, @LewisHamilton refuses to talk to written media about qualifying. so why bother calling press meetings?

not that we journos have a monopoly on the truth, far from it. but it is dangerous if drivers only use social media for their communication.

On last answer: After 'walkout', Lewis immediately did fan Q&A in front of main grandstand. Nobody reporting on it because it's fan time.

That's meant as an example of when media appreciate when is their time for access and when isn't.

Hunt, Hulme, Scheckter, among the past world champions awarded the Prix Citron (Lemon Prize) for being the least co-operative to the media.

I'm not surprised Lewis Hamilton has finally spat his dummy out. I think he's been burned by tabloid media once too often #JapaneseGP

A best-ever fourth for Force India in the constructors’ championship is as good as settled, isn’t it? Ben suspects not:

I’m not totally convinced yet Force India will beat Williams this year yet.

Remember how well Bottas did from 11th last race when he had tyre choice? If Massa doesn’t have problems like he did last race, I think he’s got a decent chance of some points as well as Bottas.

I also feel that Williams will be a little stronger in Mexico than Force India as it is a really high speed track.
Ben Rowe (@Thegianthogweed)

Happy birthday to Toby and Jean!

Sebastian Vettel won his second world championship on this day in 2011. However he was beaten to victory at Suzuka by Jenson Button, and Fernando Alonso took second: