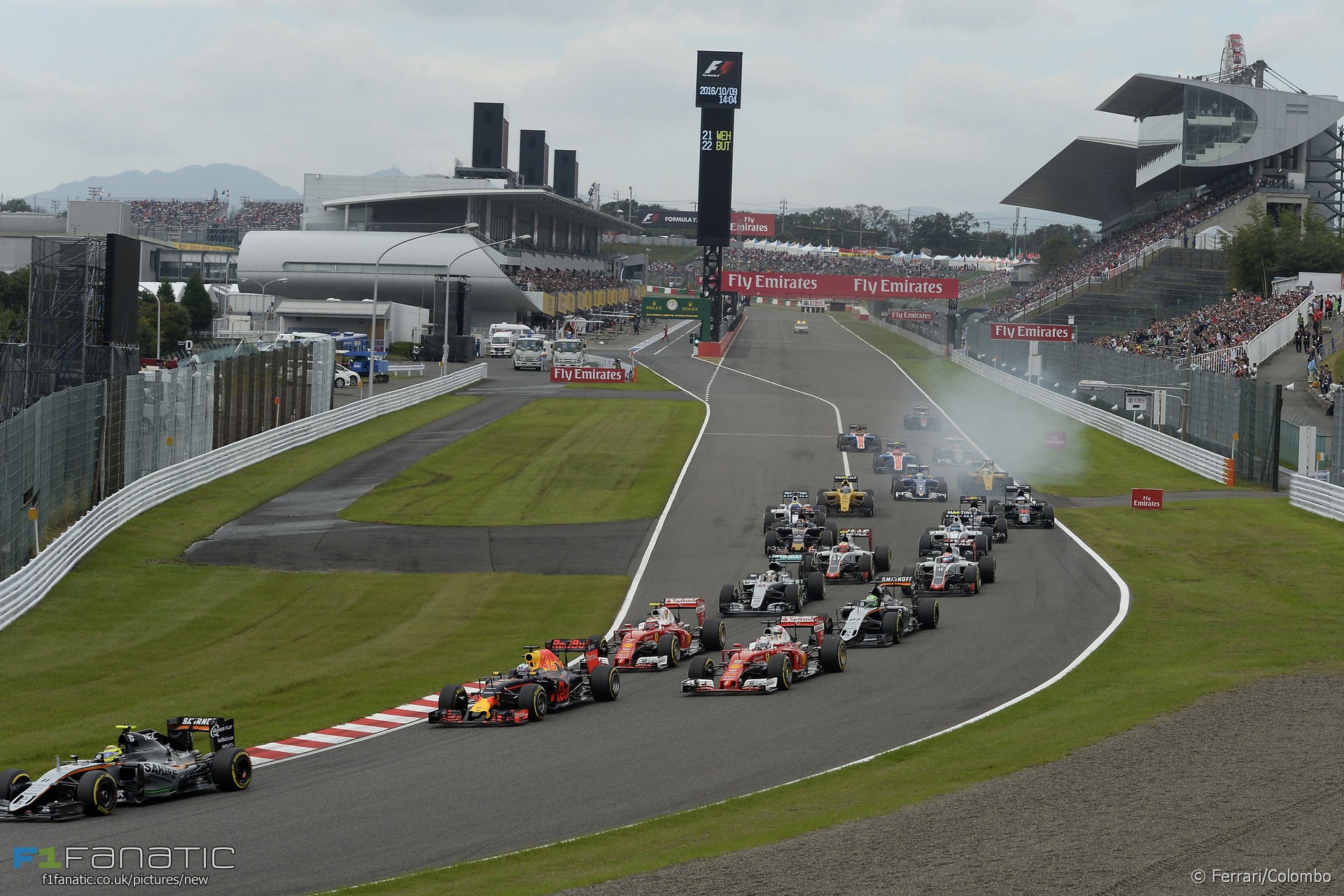 In the round-up: Lewis Hamilton’s slow getaway in the Japanese Grand Prix was his own mistake, Mercedes’ Niki Lauda confirms.

"Nico was perfect, but Lewis made a mistake on the start, which cost him at least a second place."

"Formula One championship leader Nico Rosberg poured scorn on suggestions that Mercedes team mate and reigning champion Lewis Hamilton is in 'meltdown' mode after losing ground in the title battle."

"He's won nine grands prix this year and he's been closely matched with Lewis this year and always in the last couple of years. I remember 2014 when we let him down in Singapore and at the last race in Abu Dhabi, actually, this year Lewis is the more unlucky one."

Force India having to pick its fights - Fernley (F1i)

"Asked if the drivers had to take into account the fight with Williams when defending against the likes of Red Bull and Ferrari, Fernley replied: '100%. Our race is with Williams, it’s not with any other teams.'"

"There is a limit to this power unit development and we're heading towards a plateau, which is why there is a little more freedom in the regulations for us to catch up."

Vandoorne: Having ‘tough’ Alonso as team-mate is a positive (Crash)

"It's good for me to spend time here at the weekends as well to make me feel comfortable. Whenever I have a question I can just go up and talk to them."

"When interviewing him I usually find him a bit chippy and cold initially but then he engages with great insight and eloquence, often chatting for a while after the cameras have been switched off. He becomes what I consider in my overall, although increasingly infrequent, experience to be the real Lewis Hamilton: polite, intelligent, thoughtful."

Why Hamilton needs to be careful (MotorSport magazine)

"Now I know public perception is not everything, but it is all we have to go on; and from where I’m sitting Jenson may not be quite so good a driver as Lewis, but when it comes to the perhaps more important business of what kind of person you really are, he already has that race won hands down."

Great credit to @peterjfoxf1 for this photo taken in Suzuka. An image which reveals more than words can say about the dynamics of an #F1 car pic.twitter.com/sYb7T6nluy

Back home! Things I learned in Hong Kong: 1. @FIAformulaE is awesome 2. "Don't cut" 3. Many people call me Kevin 🤔 @KevinMagnussen

If @nico_rosberg does win the championship this year, will he race as number one or six in 2017? https://t.co/t3HnatzcAG pic.twitter.com/cGbj23sGIE

How else would @jensonbutton_22 get his pearly whites?

Rumour has it Nico Hulkenberg is considering a switch from in-form Force India to struggling Renault:

I think it makes sense – Hulkenberg has another five or six years in F1 (seven years if he goes until Button’s age).

Considering he isn’t getting a Ferrari, Mercedes or Red Bull seat, moving to a factory team who have plans (and more importantly, funds) to move up the grid seems like the best chance he has of winning anything. Force India are having a good season this year but this is about as good as it’ll get for them.
@Petebaldwin

Gerhard Berger and Benetton took their first victory on this day 30 years ago at Mexico City, while Nigel Mansell, Nelson Piquet and Alain Prost went into the final race in contention for the championship.