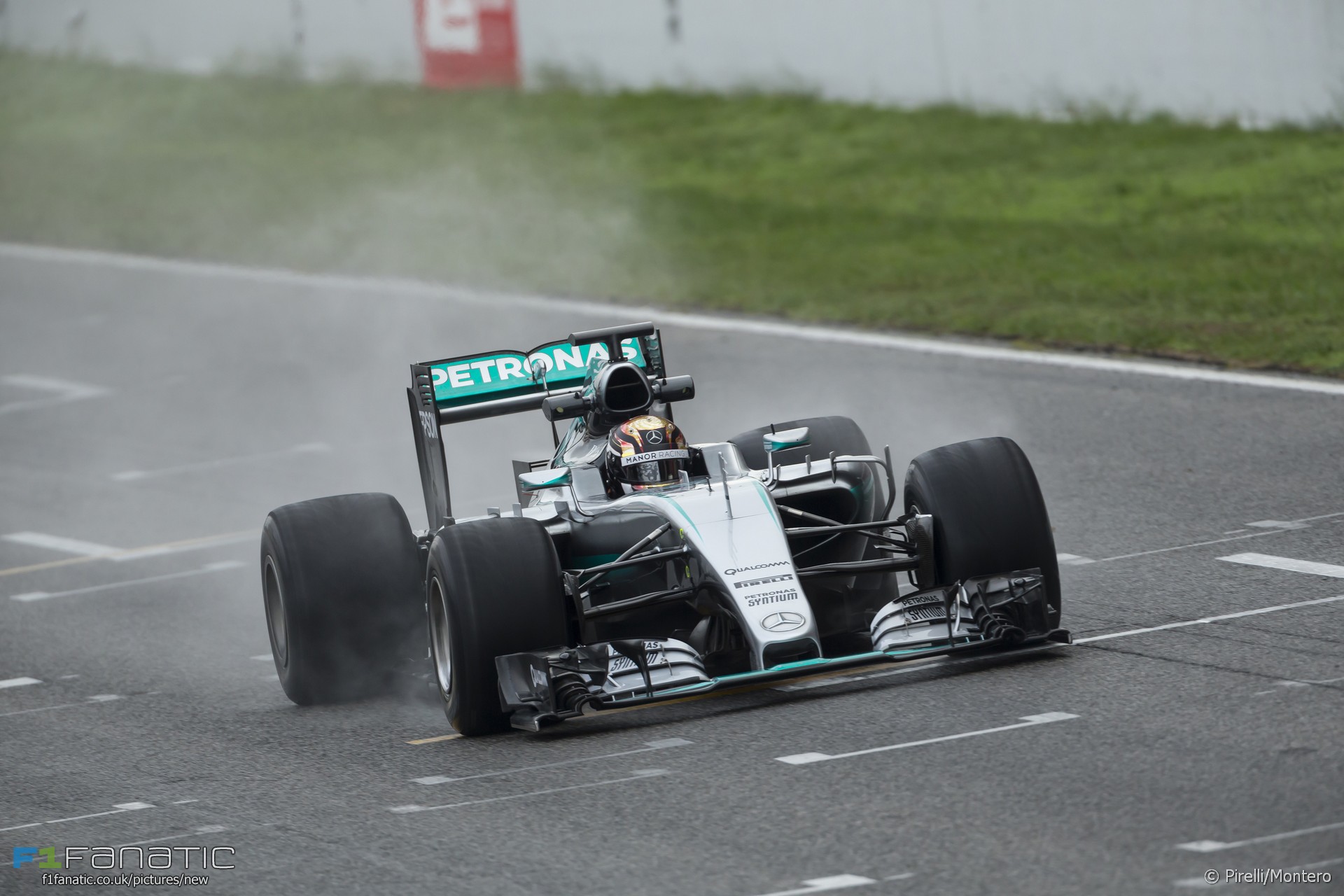 The Manor driver and Mercedes reserve was called up when Lewis Hamilton pulled out of the test due to a sore foot.

Wehrlein did just 31 laps in the test – less than half a race distance – which had been arranged to test Pirelli’s wider dry weather slick tyres for next year. Nico Rosberg also had a shortened test yesterday due to bad weather.

“Obviously the weather hindered progress to some extent both today and yesterday as is not entirely unexpected at this time of year in Europe,” said Pirelli motorsport director Paul Hembery.

“The same can apply to the early part of next year, which is why we are in favour of some guaranteed warm weather testing in 2017, before the season gets underway.”