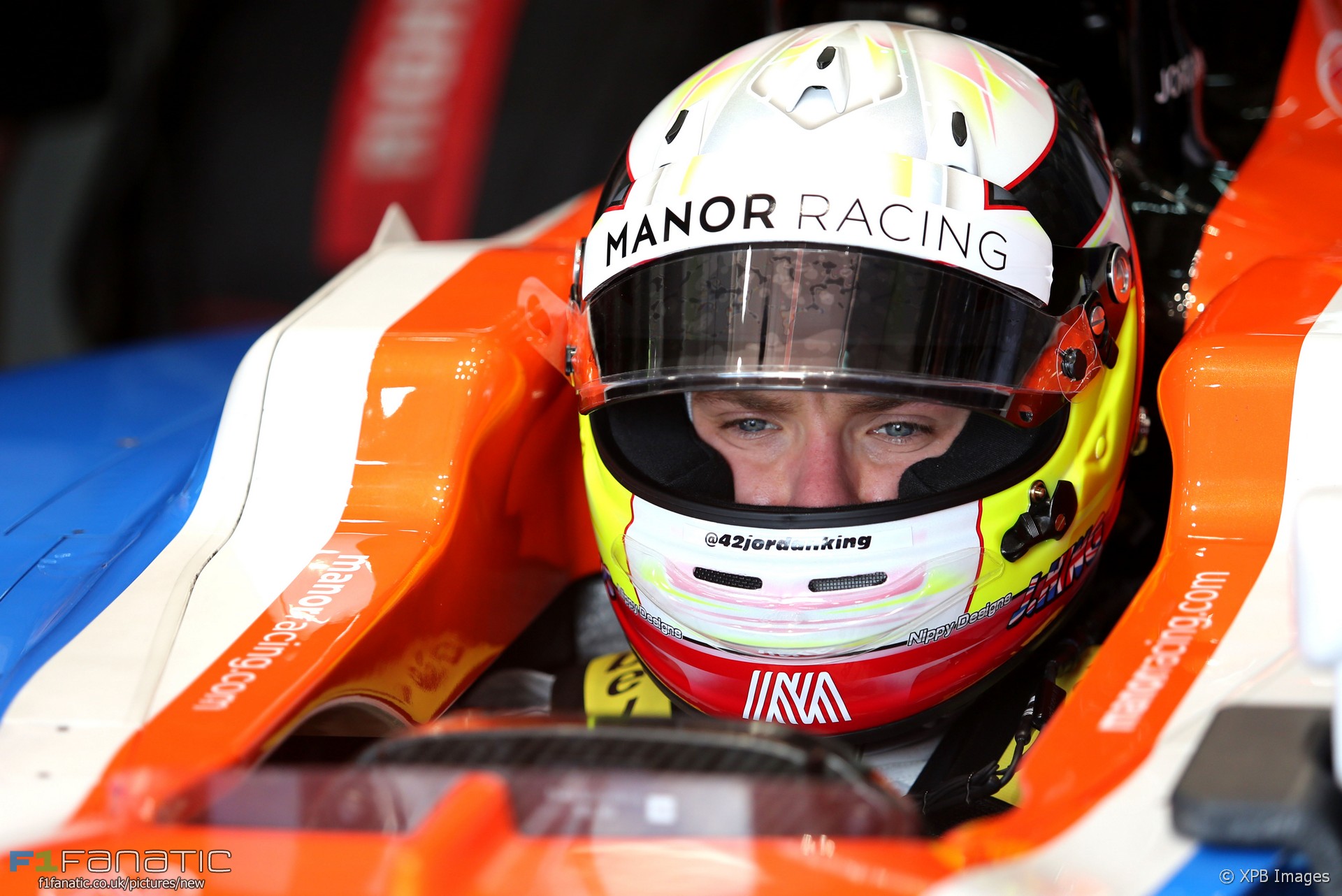 Manor development driver Jordan King will have his first run in an official Formula One session during this weekend’s United States Grand Prix.

The 22-year-old will drive during Friday’s 90-minute first practice session.

“It’s another big step in the right direction for me” said King, who has already tested the team’s MRT05 twice.

“It’s a dream come true, but at the same time I have a job to do in the car on Friday and I want to make sure I give the team plenty of quality feedback and data to help with their USGP challenge.”

“There’s quite a lot to cram into 90 minutes,” he added. “I’ll be exploring the balance of the car and correlating that with the team’s simulation work.”

“There’ll be some new components to evaluate, along with the tyre specifications for this event. I’ll also be learning the circuit and getting up to speed with the car, which has been developed quite a bit since I last drove it at Silverstone.”

King lies fifth in the GP2 points standings in his second year in the category with two races remaining, having won the reverse grid races at the Red Bull Ring and Silverstone.