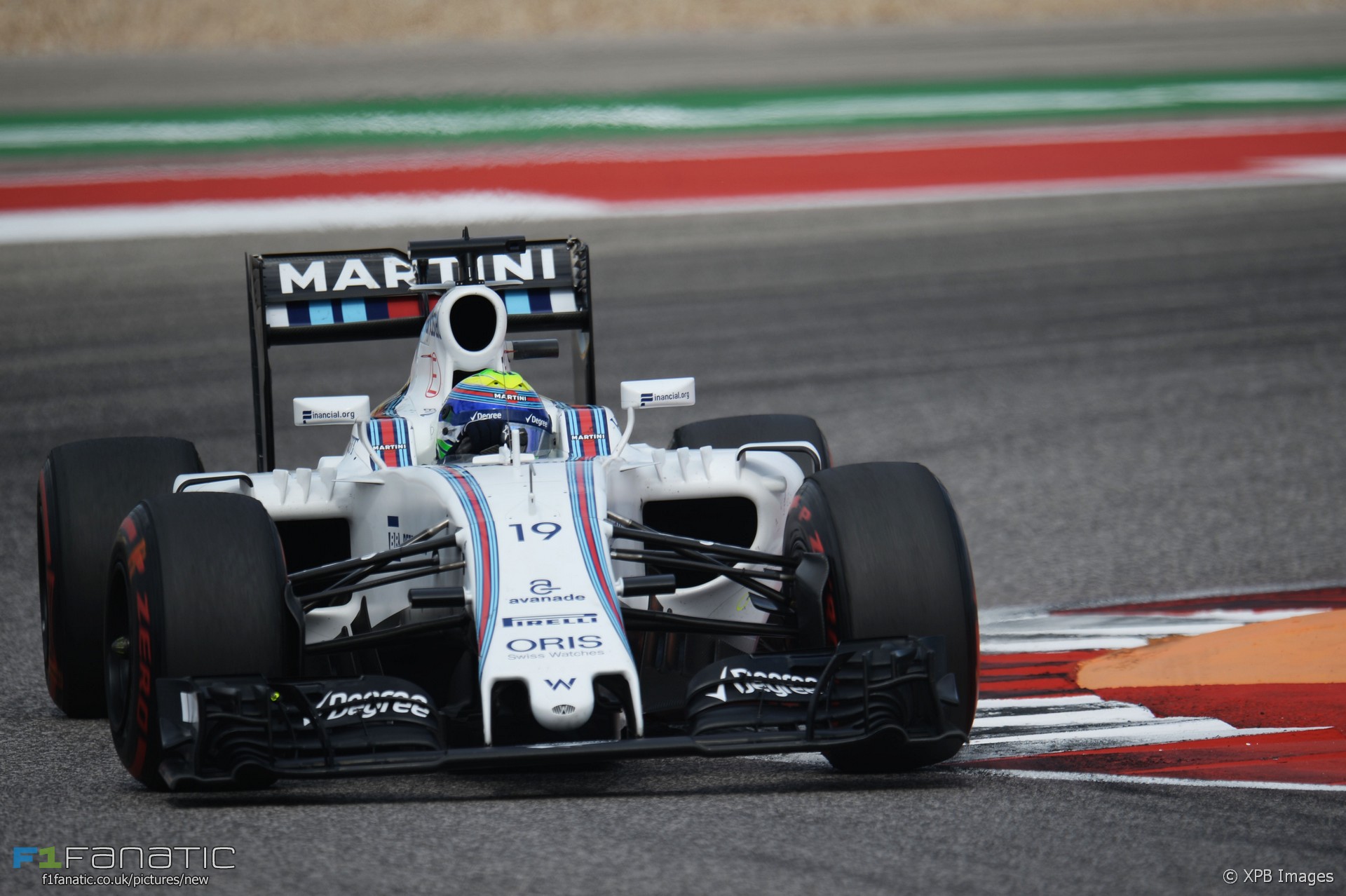 In the round-up: Pat Symonds of Williams is unhappy with Fernando Alonso’s overtaking move on Felipe Massa.

"He's more experienced than me. That extra year and a half at Red Bull has helped him a lot to see how a top team works and I think he's bringing that little bit more of experience than me and I'm sure we are bringing the team forward."

"For 15 years of racing I haven't really had any issues, just in the last couple of years we have. Now it's clear, they've clarified it, and I'm happy about it."

"All I can do is make sure when I leave this season I know I did everything with a full heart."

A glimpse at McLaren's 2017 work at Austin? (Autosport)

"Perhaps McLaren feels the new bargeboard area is so influential that the front wing can be simplified to reduce the outwash effect and therefore also drag."

I'm so happy, what an amazing drive and job by the team this week! #USGP #F1 #mclarenf1 #mclarenhonda #BelieveInMcLarenHonda

Totally over the moon with P6 and extremely proud to do it on that way!Great fight with my childhood hero @alo_oficial aswell. #spanishpower

Tough day on our car, but fantastic day for the team. 8pts and Carlos was driver of the day. Hands down. #F1

Thanks all for your messages. Pretty special to race my 100th in America and being able to bring a point back for the team on our soil !

Used to like Massa! Now I just find he's full of shit! #f1

It was the most fun I’ve had in the car all season being able to push hard. The penalty is frustrating, but that’s racing sometimes #USGP 🇺🇸 pic.twitter.com/fXO4LYkIxR

Too much fun at the @F1 U.S. Grand Prix, especially being given the boot by @danielricciardo. #USGP pic.twitter.com/49hKNMjSLb

Great to be on the podium! Felt 2nd was there but circumstances dropped me to 3rd. Nonetheless awesome weekend stoked with the last few days

Somebody in the crowd underneath the podium has a sign that says "Well Done Baku!". That's epic #F1 trolling right there! #USGP

While the FIA has clamped down one disputed driving move this weekend, many feel another type of infraction is being overlooked:

The answer is not the penalise drivers for going off track in practice, saying track limits apply to certain corners, and setting the track limit after the white line (Hockenheim and Hungary this year).
Michael Brown

James Hunt clinched the world championship on this day 40 years ago in an intense Japanese Grand Prix run in heavy rain. after title rival Niki Lauda withdrew early on.

66 comments on “Alonso “used Massa as a brake” – Symonds”