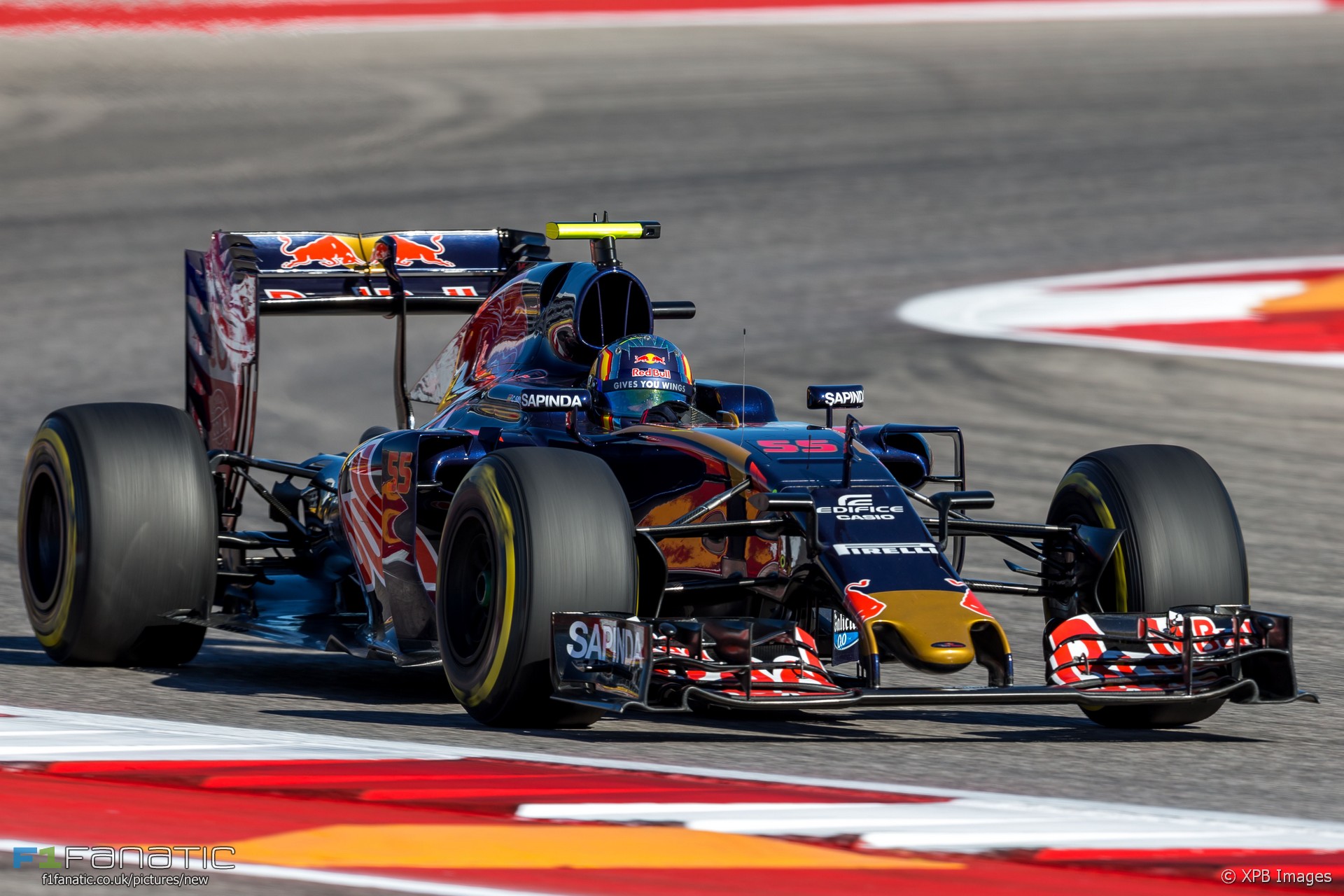 Carlos Sainz Jnr described his sixth place in the United States Grand Prix as “very special” despite having narrowly missed out on a best-ever result.

The Toro Rosso driver was passed by Fernando Alonso late in the race but nonetheless hailed his sixth place finish.

“Today’s result is a very special one for myself and the team,” said Sainz. “It’s a top, top, top result. What a boost and what a way to motivate the team and keep our heads up until the end of the season.”

“I don’t know what this track has, but I just get such a good feeling every time I race here. It’s a weekend I will always remember.”

“To equal my best result in Formula 1 makes me very happy, but this P6 is a bit more special than the one in Barcelona because here we didn’t think we really had the car to do so – our simulations before the race said we would only finish in P11 or P12 and here we were, fighting for a P5.”

Sainz benefitted from the Virtual Safety Car period which helped him stay ahead of Felipe Massa. “We knew it was going to be very difficult to get to the end on the soft tyre, but we committed to that and went to the end on that set – during the last two laps I had no tyre left and just had to hold on to it as best I could.”

Alonso found a way past the Toro Rosso late in the race. Sainz said he enjoyed the fight with his childhood hero.

“The battle with Fernando was so much fun,” he said. “I knew that he would end up getting past me but I said to myself, ‘let’s make it a bit complicated for him’.”

“I perfectly know how he attacks and how to defend against him, as I’ve been watching him race for the past 12 years. And I think that to be able to keep him behind for all those laps until he just opened the DRS and said ‘ciao, ciao’ was pretty decent.”

“I’m so pleased, so happy, you just can’t imagine what’s going on inside me now, even if I’m not showing it on the outside, I’m delighted. I will definitely celebrate with champagne tonight, for me this feels like a win.”

7 comments on “Sainz thrilled with sixth after team predicted 11th”