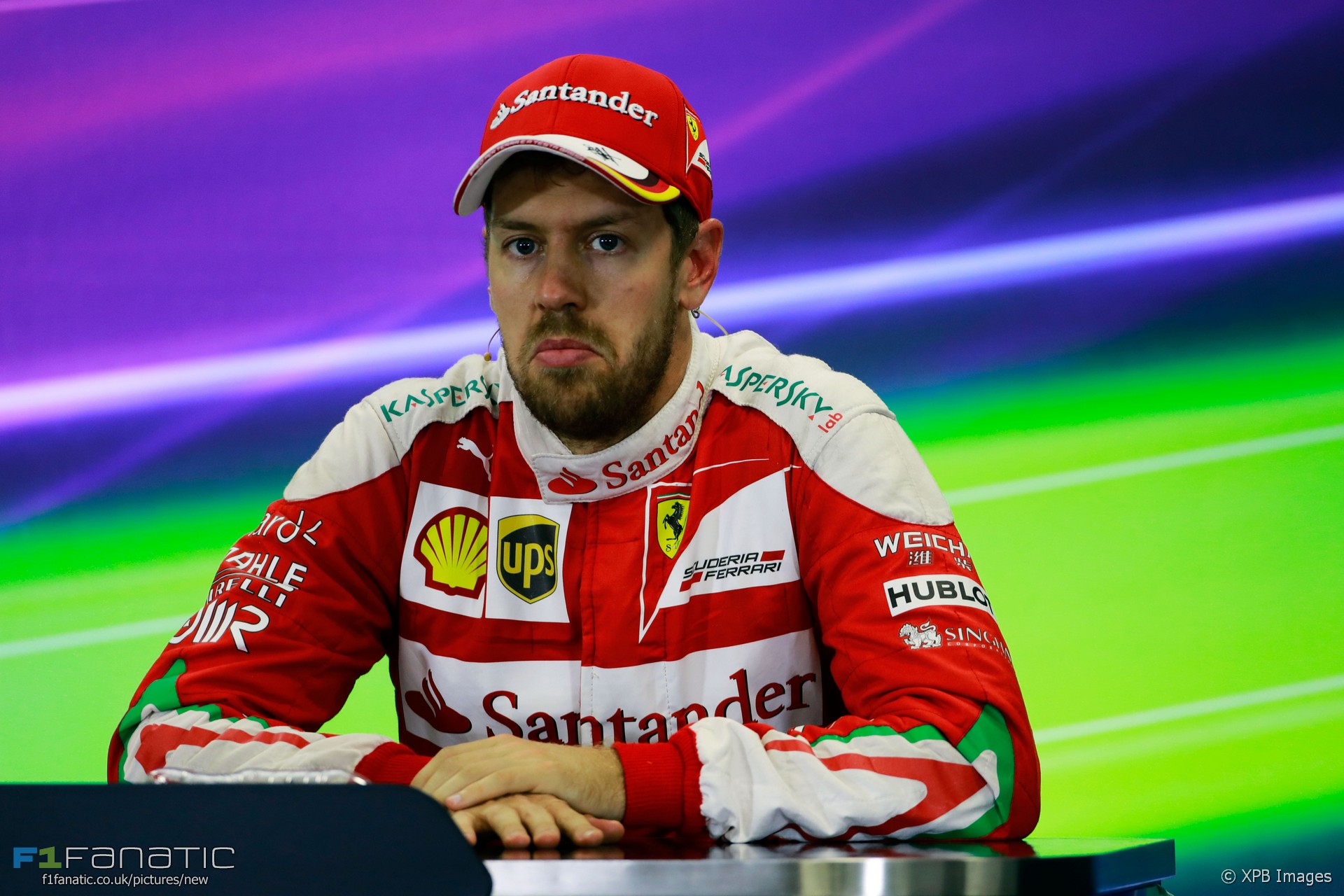 Sebastian Vettel has been stripped of his third place in the Mexican Grand Prix following his collision with Daniel Ricciardo.

Vettel crossed the line in fourth place but was promoted to third before the podium ceremony began when Max Verstappen was given a penalty for leaving the track and gaining an advantage.

However the stewards handed Vettel a ten-second time penalty for what they deemed “an abnormal change of direction” which “was considered to be potentially dangerous” when defending his position from Ricciardo.

Ricciardo is therefore promoted to third place ahead of Verstappen, with Vettel fifth. Vettel also received two penalty points on his licence.

The two Toro Rosso drivers were also handed one penalty point each by the stewards. Carlos Sainz Jnr received his for forcing Fernando Alonso off the track and Daniil Kvyat’s was for overtaking Romain Grosjean while off the track.

The stewards paid particular attention to the Race Directors Notes from the US Grand Prix (v2) and from this event (point 18).

The telemetry and video evidence shows that the driver of Car 5 did change direction under braking.

Article 27.5 and the Race Diretor’s Notes have essentially three criteria that determine a breach

1. Driving in a manner potentially dangerous
2. An abnormal change of direction
3. Another driver having to take evasive action

The video footage, including the close circuit footage, the broadcast vision, both drivers’ on board cameras plus the telemetry show that there was an abnormal change of direction by Car 5 and this was considered to be potentially dangerous in view of the proximity of the wheels of each car.

The video evidence clearly shows that Car 3 had to take evasive action as a result.

Accordingly all three criteria have been met, the driver of Car 5 is guilty of a breach of Article 27.5.