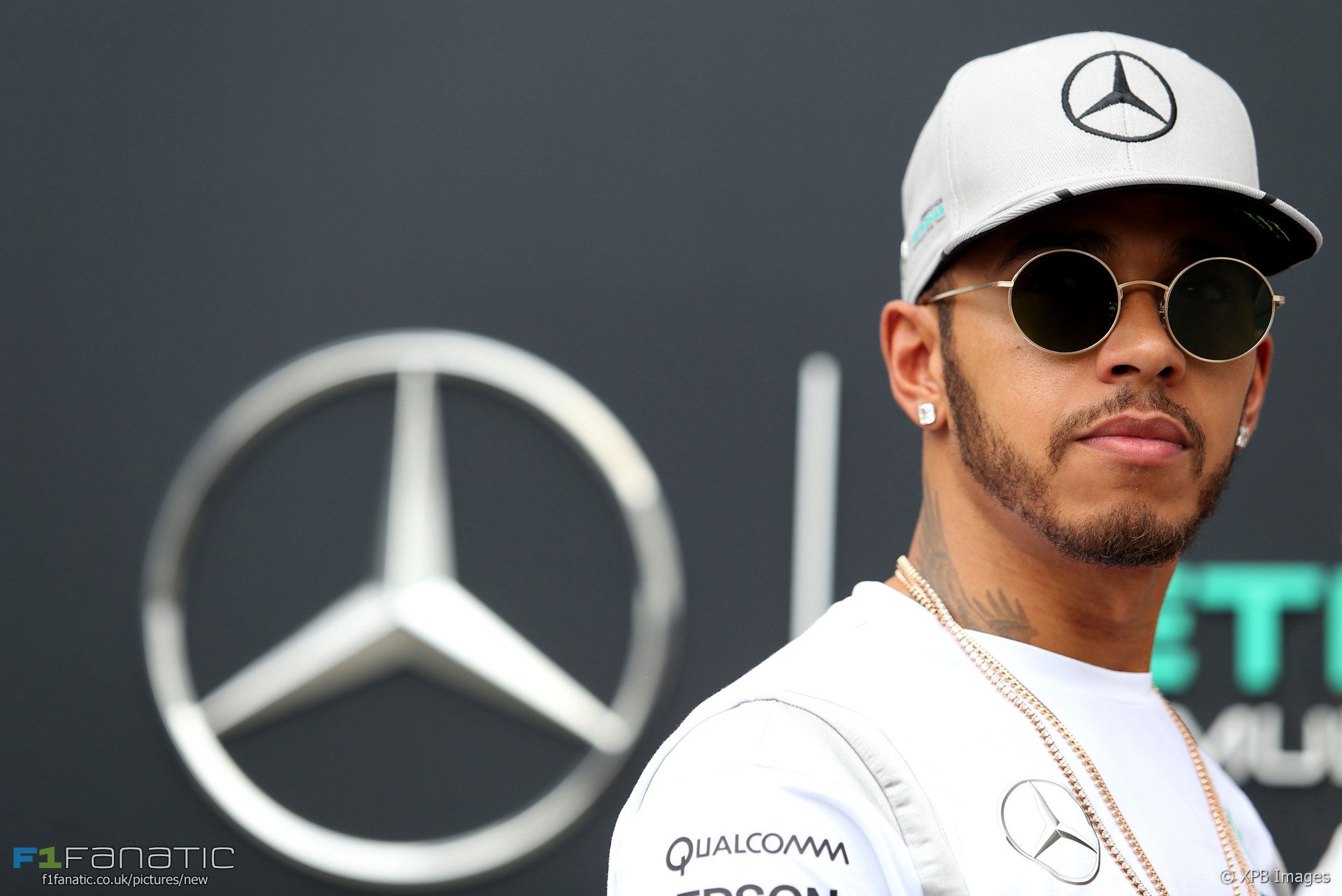 Lewis Hamilton may not be able to avoid the consequences of a third reprimand this season if he incurs one in the final race of the year.

Hamilton and Carlos Sainz Jnr have both collected two reprimands during the course of 2016 and will receive a ten-place grid penalty* if they incur a third.

However if they commit an offence deemed worthy of a reprimand during the final race of the season the stewards could act to ensure the penalty is applied immediately rather than affecting their starting position for the first race of next season.

An FIA spokesperson confirmed to F1 Fanatic the stewards may decide to impose a different sanction instead of a reprimand during the race, such as a five or ten second time penalty.

Unlike drivers’ penalty points, reprimands do not carry over from one season to the next.

There is also precedent for the stewards acting to prevent a penalty being carried over to a new season. In 2014 Romain Grosjean incurred an engine change penalty at the final race of the year. Under the rules of the time he would ordinarily have carried part of this penalty over to the new season, but the stewards ruled he should serve an in-race penalty instead.

Hamilton received his reprimands this year for reversing in the pit lane in Bahrain and cutting across a run-off area in Russia.

See the justifications for each reprimand here:

*Under article 18.2 of the Sporting Regulations which states:

The ten grid place penalty will only be imposed if at least two of the reprimands were imposed for a driving infringement.