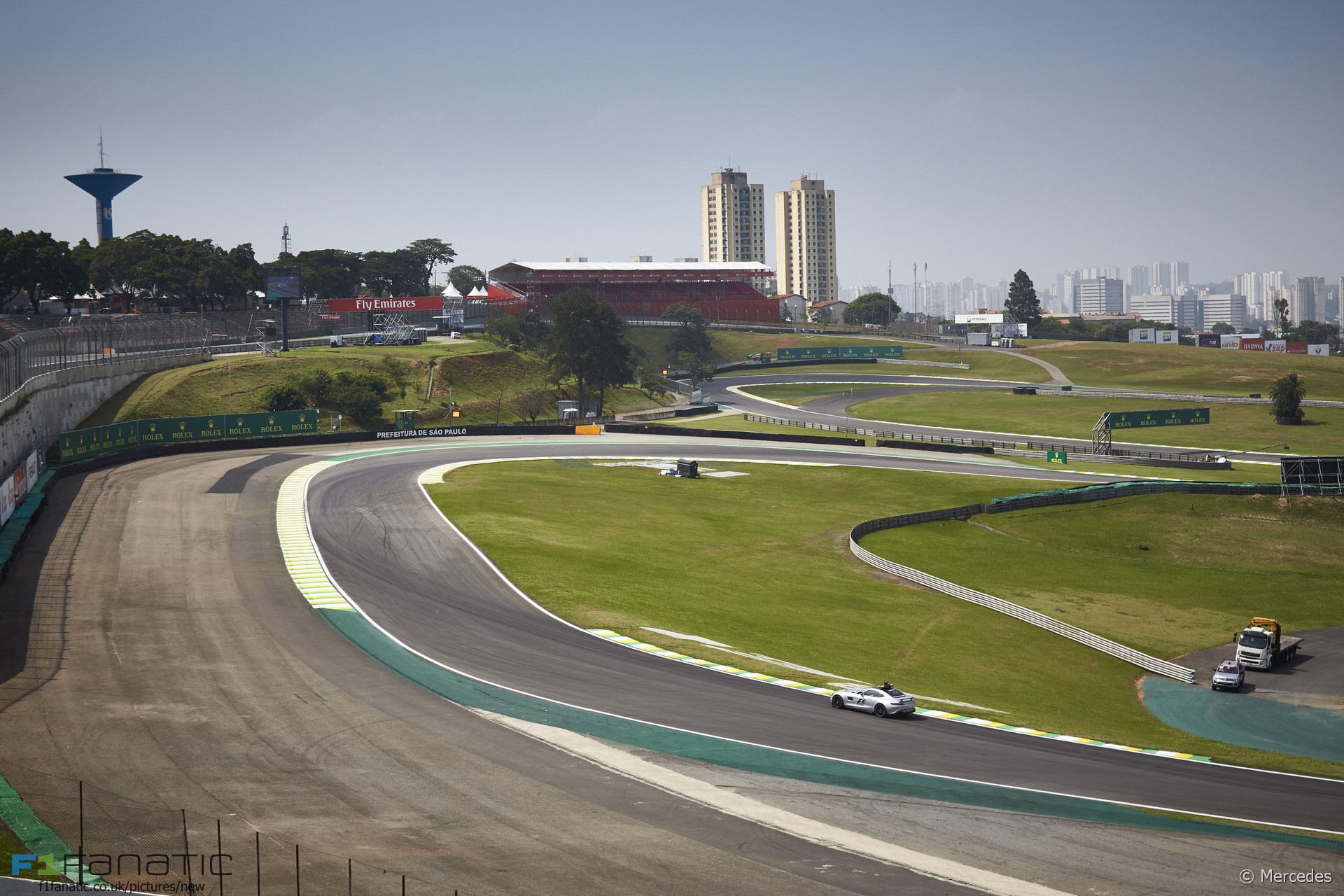 Brazil’s round of the world championship has much in common with the previous race in Mexico.

The track nestles within a vast metropolitan sprawl which means the layout is compact. But unlike the butchered Autodromo Hermanos Rodriguez, the Interlagos circuit is more up-tempo, as well as having one of the shortest lap times on the F1 calendar.

From the opening corner named after Formula One’s most famous driver, the Senna S leads the cars downhill on a lap which falls and rises, then falls and rises again in the space of a little over four kilometres.

Although the circuit has been reworked in recent years its layout has remained unchanged. The entrance to the pit lane, which was once one of the riskiest spots on the F1 calendar, was reconfigured and made safer in 2014.

Twelve months ago the teams arrived at a fully resurfaced track which offered considerably more grip. The new surface was often much smoother, though that may have changed in the 12 months since then.

But while drivers found the new surface gave them greater traction many were dismayed to discover they could no longer attack the revised, higher kerbs as aggressively as they had once been able to.

There are no significant changes at the track for this year. However Pirelli has taken the unusual step of favouring a harder mix of compounds than it did last season. As last year the soft and medium tyres will be available, along with the hard compound.

This is partly because of the possibility of high track temperatures owing to the conditions and new asphalt. There are also several quick corners which place a high loading on the compounds. According to Williams’ Pat Symonds the teams expect a two-stop strategy to be the preferred tactical route.

A lap of Interlagos

Turn one offers one of the best overtaking opportunities as drivers approach at well over 300kph with the benefit of DRS if they’re closing enough to the car ahead.

“You go onto the pit straight and then big braking to go to the Senna ‘S’,” explains Romain Grosjean. “Very tricky turn in on the left-hand side. You really want to be well placed for the right turn two, which sets you up for turn three and the second straight.”

The drivers get close to top speed again on the back straight as they reach the lowest point on the track, Descida do Lago (lake descent). Grosjean describes this as “a pretty good corner”.

“Then you get to the middle part – turn five is a high-speed corner going up the crest. It’s tricky.”

The track climbs sharply before drivers tackle the quick and uphill Ferradura. As with most of the quick corners on the track this is now bordered by an asphalt run-off rather than gravel.

As they drivers leave the corner they are quickly on the brakes for one of the slowest turns, Laranja, taken in second gear. “We can’t use the kerb as much as we used to,” notes Grosjean.

In this middle part of the lap the turns come thick and fast. “Turn seven (Pinheirinho) is a left-hand side corner, no braking, just a lift off. It’s a bit of a strange one.”

“The second hairpin (Bico do Pato) is then on the right-hand side.” Here too the drivers have less kerb to work with than they used to.

The G-loading pick up again as they round Mergulho, plunging downhill again, ready for the long climb to the pit straight. How quickly they get there is dictated by their run through the final braking zone on the lap, the left-hander at Juncao. After that it’s a 15-second flat-out blast back to the finishing line.