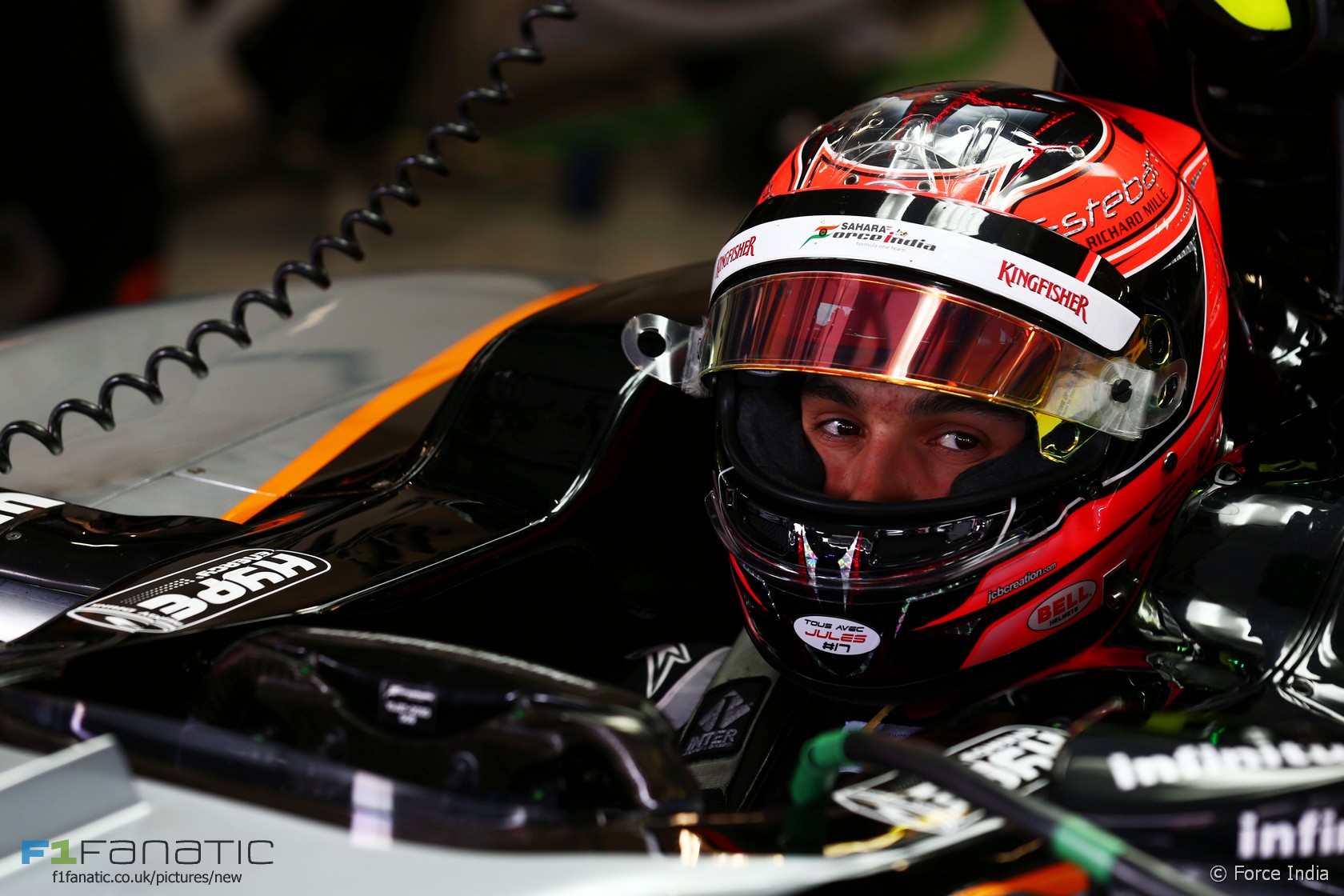 Esteban Ocon has signed a multi-year contract to drive for Force India starting in 2017, the team has confirmed.

Ocon, who made his F1 debut with Manor earlier this year at Spa, will take the seat vacated by Nico Hulkenberg. Sergio Perez has already been confirmed as his team mate.

Force India ran Ocon in one of their cars during last year’s tests at the Circuit de Catalunya and Red Bull Ring. “I know the team quite well already because I was a test driver last year and I’m really looking forward to working with everybody at Silverstone once again,” he said.

“I’m still relatively new to Formula One, but spending half a season at Manor Racing has given me some valuable experience and I feel ready for this new opportunity with Sahara Force India.”

Ocon has been supported by Mercedes since he won the 2014 European Formula Three championship with Mercedes power. Mercedes executive director Toto Wolff said Ocon “has the most impressive track record in junior formulae and he is an exceptional personality outside of the car”.

Ocon’s promotion means his Manor team mate Pascal Wehrlein has been passed over for the seat. Wehrlein is also backed by Mercedes and won the DTM title for them last year.

Force India team principal Vijay Mallya said “we’ve had our eye on Esteban for a number of years and have followed his progress through the junior categories where he delivered outstanding results.”

“We ran him in the car last year during testing and his performance convinced us that he is more than capable of racing alongside Sergio.”

See the updated list of 2017 F1 drivers and teams