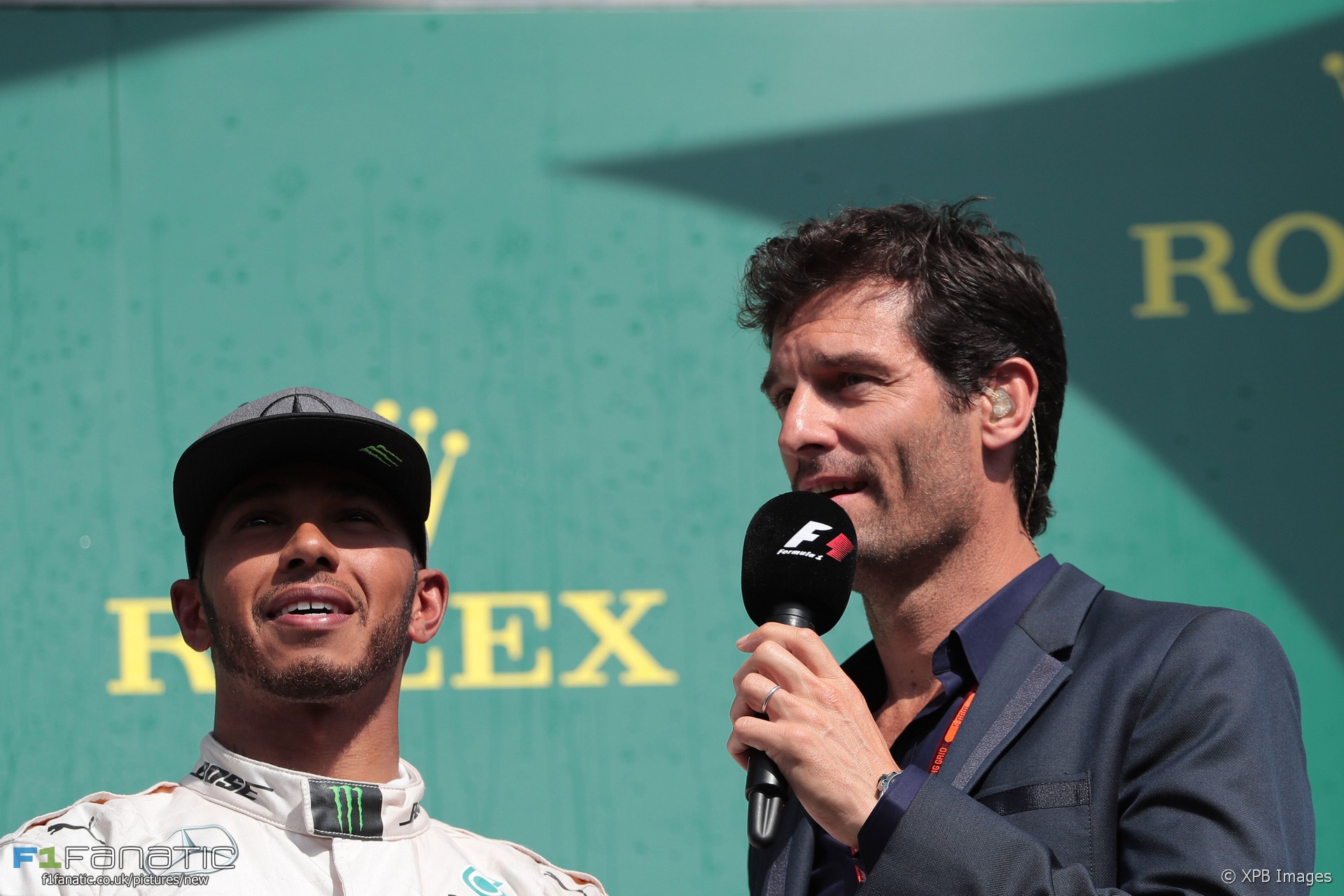 In the round-up: Lewis Hamilton hasn’t made as much of the chances he’s had this year as his team mate, Mark Webber says.

Brazilian Grand Prix: 'Nico Rosberg has got everything out of this season, Lewis Hamilton hasn't', says Mark Webber (The Independent)

"There are still a few things things we need to talk to people about and then we will announce who our driver we will be."

Wehrlein wants to know why he was overlooked (Autosport)

"I don't know if it was the test why they decided, or something else. Of course I will ask why, or what happened, what can I improve from my side."

"I wouldn’t mind both, as it makes no difference. In the past I felt comfortable on this track even in the wet - I think it was in 2013 that we had a wet race here."

'Even the pope had an offer' - Magnussen on rejecting Renault (Crash)

"It was more the feeling of commitment from Renault's side (that was the reason for leaving). If they had committed to a longer contract then I would have probably looked at it much more seriously."

"Maybe he will prove us all wrong. I hope he does. I hope he proves the world wrong and we get to see a different side to him."

"When I was racing in (Formula Renault) 2.0, in GP3, there was no any big kindergartens like this. But here in Formula 1 it's more of a kindergarten than junior categories, it's quite strange."

Good to hear that Ferrari have today formally asked for a review of VET's Mexican GP penalty. Quite correct to do so.

The daily downpour has arrived in São Paulo. Just in time for rush hour. pic.twitter.com/9LlrUOLVon

Been a fan of Interlagos since playing it in video games as a child, a lifetime ago. And now I am here! 😍 🇧🇷 #SFIonTour #BrazilGP pic.twitter.com/VX0zhsNsfp

Felipe Massa asks if Charlie Whiting will be paying a fine for being late for the press conference ;-)

Here we go again. @InterlagosTrack ripping off the media as usual. Time to sort it out @fia pic.twitter.com/0O7HDLwGRI

On the plus side there's a new media center this year. They've taken tips from Silverstone on achieving the best view of the track. pic.twitter.com/l1UfkKhbtU

So yeah. It's a tatty, unfinished, expensive, disastrous mess. But my word, I adore this place. What a track. pic.twitter.com/QAKIfUFxsU

It’s three years to the day since Daniil Kvyat got his F1 superlicence.