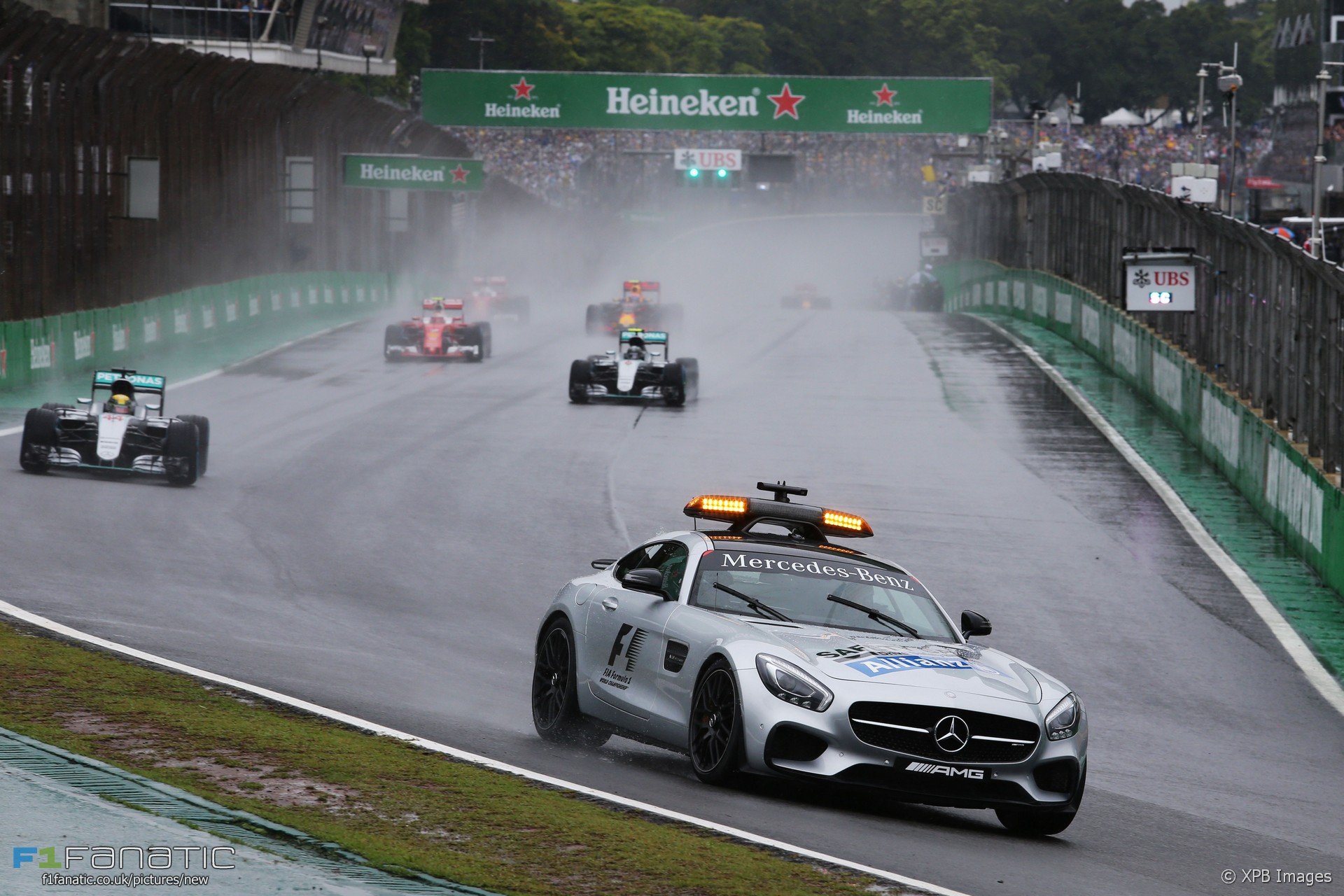 Romain Grosjean said he sympathised with fans at the Brazilian Grand Prix as the race was stopped twice due to rain.

The Haas driver failed to start the race after crashing on the wet track as he drove to the grid. Grosjean told the BBC the conditions “were not that bad” at the time and he “didn’t know what happened in my case”.

“I’ve seen a few more later on in the race, makes you feel a bit better, but it’s just not normal the cars are spinning on a straight line.”

Once the race began a series of crashes including a heavy shunt for Kimi Raikkonen at the start/finish line led to the race being stopped twice before half-distance had been reached.

“I know for the fans it’s embarrassing to see that the race is not going on,” said Grosjean. “Not a good day for F1.”

Grosjean said visibility and aquaplaning were the most serious problems the drivers were facing.

“I think the visibility is never great when you are not the first car in wet conditions,” he said. “But right now it’s just a fact that you lose the car in a straight line.”

“We’ve seen Kimi, that could have been an horrible crash if the car had come more in the middle of the track. And Seb [Vettel] was a heavy one. It’s just that we don’t get any grip.”

Asked if the race could be completed Grosjean said “it’s not raining heavily so it could be possible.”