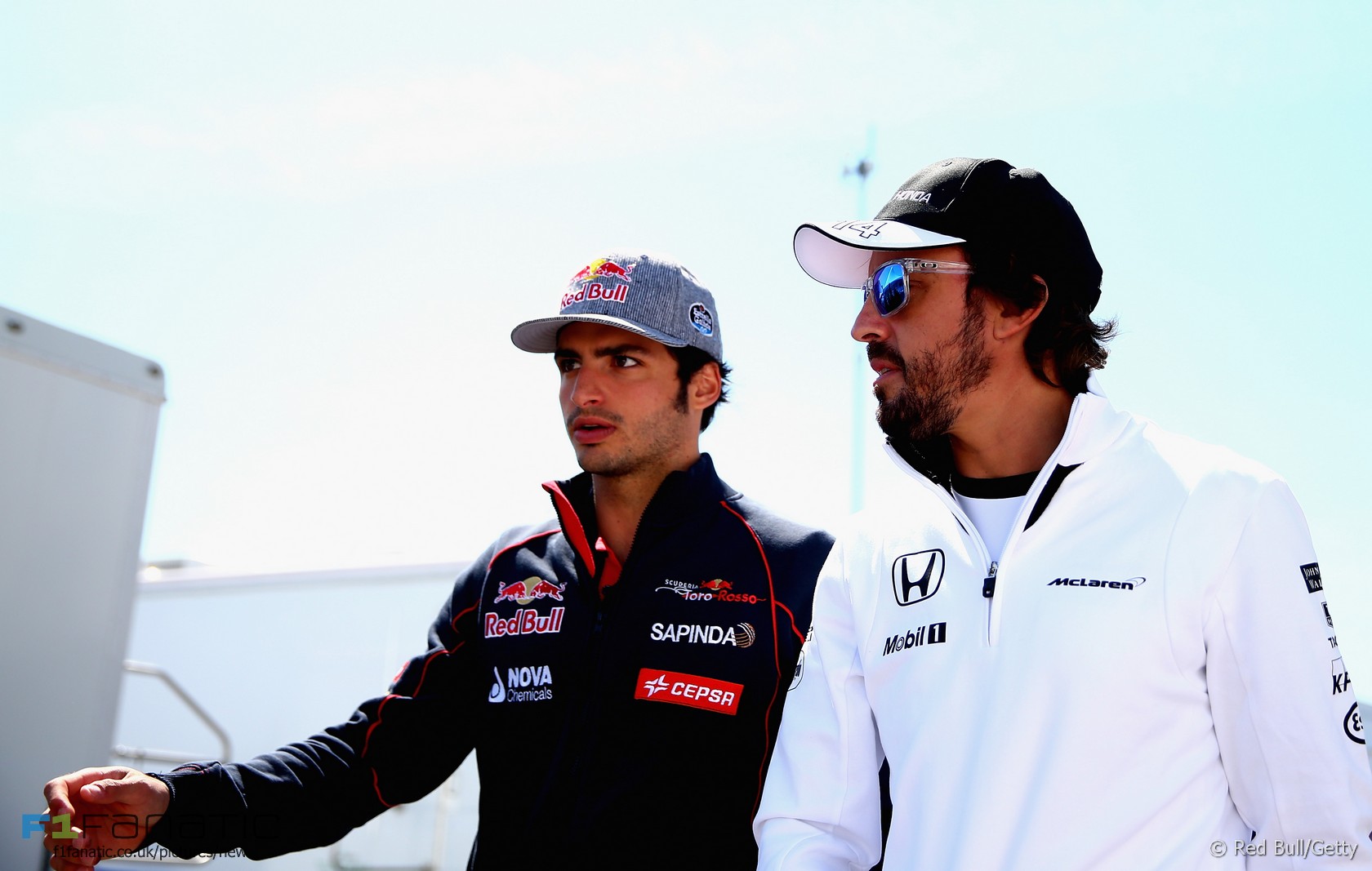 "It's like he has won five or six (championships). What he did with that Ferrari those years was something not many people could do and what he is doing with the McLaren is standing out."

McLaren shareholders have rejected bids, not looking to sell (Reuters)

"Shareholders in McLaren's Formula One team and luxury sports car sister company are committed to both businesses and have turned down bids from prospective buyers, the CEO of the brand's automotive firm told Reuters on Friday."

Maurizio Arrivabene: I have a fantastic relationship with Sebastian Vettel (ESPN)

"He's very emotional, he's very passionate, especially when he's driving and it's in a racing battle. It's not a question of frustration."

"I think that will be big next year, the amount of development through the season. That will make the racing a lot more fun, gone though are the days of putting on a second worth of downforce in one race and suddenly finding yourself in a winning position."

"Both of them, despite what should be a very tense situation, they’re both in great shape, a very good mood, very professional, very good-humoured."

Heartbreak! DNF already in T1 after getting hit from behind. So sad and unfair! Still super proud, he had the speed to win. Next year.. 😎✌🏻️

Antonio Felix da Costa won yesterday’s qualifying race for the Macau Grand Prix and will start the main event today from pole position. UK viewers can watch live coverage of the race on BT Sport 3 from 7:30am, which I’ll be introducing.

Tristan tackles the idea that there is no close racing in F1 at the moment:

This is a huge misunderstanding I think. In any given race there’s always close racing. It may not be wheel-to-wheel or between those in the lead, but with an understanding of everyone in the race and their machinery, it doesn’t take too much following of the time sheets to figure out what’s worth keeping an eye on.

If anything what annoys me is how little that’s revealed through the broadcast. The smaller teams rarely get a mention unless they’ve crashed out or find themselves well out of position as they were in Brazil.
Tristan

Valtentino Rossi tested a Formula One Ferrari for the first time on this day in 2008: