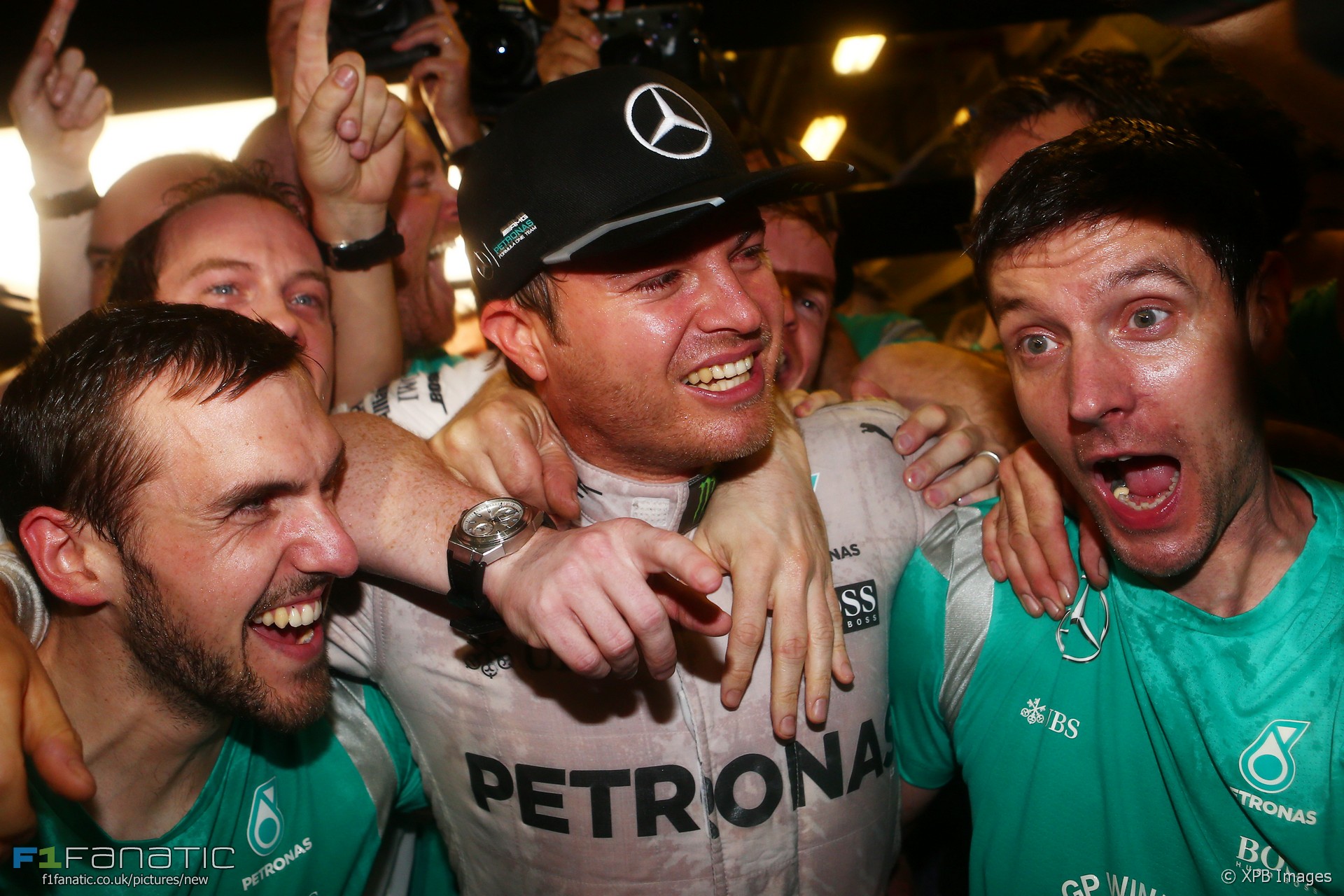 Nico Rosberg has become a Formula One world champion – and he did it in the sport’s longest-ever season.

Nico Rosberg’s Route to F1Rosberg opened the gruelling, 21-race campaign with four wins on the trot. That gave him a healthy lead over Lewis Hamilton but it was clear his team mate still represented a formidable championship threat. Once Hamilton got into his stride a spell of poorer results for Rosberg saw the championship lead change hands.

But a trio of wins in Belgium, Italy and Singapore after the summer break returned Rosberg to the top of the standings. Setbacks for Hamilton in Malaysia and Japan put the title within Rosberg’s grasp with four races remaining.

Hamilton put up a strong fight over the final rounds, winning all four of them, but a string of second places for Rosberg secured the title.

Here’s how Rosberg clinched the crown.

216 comments on “How Rosberg won the championship”