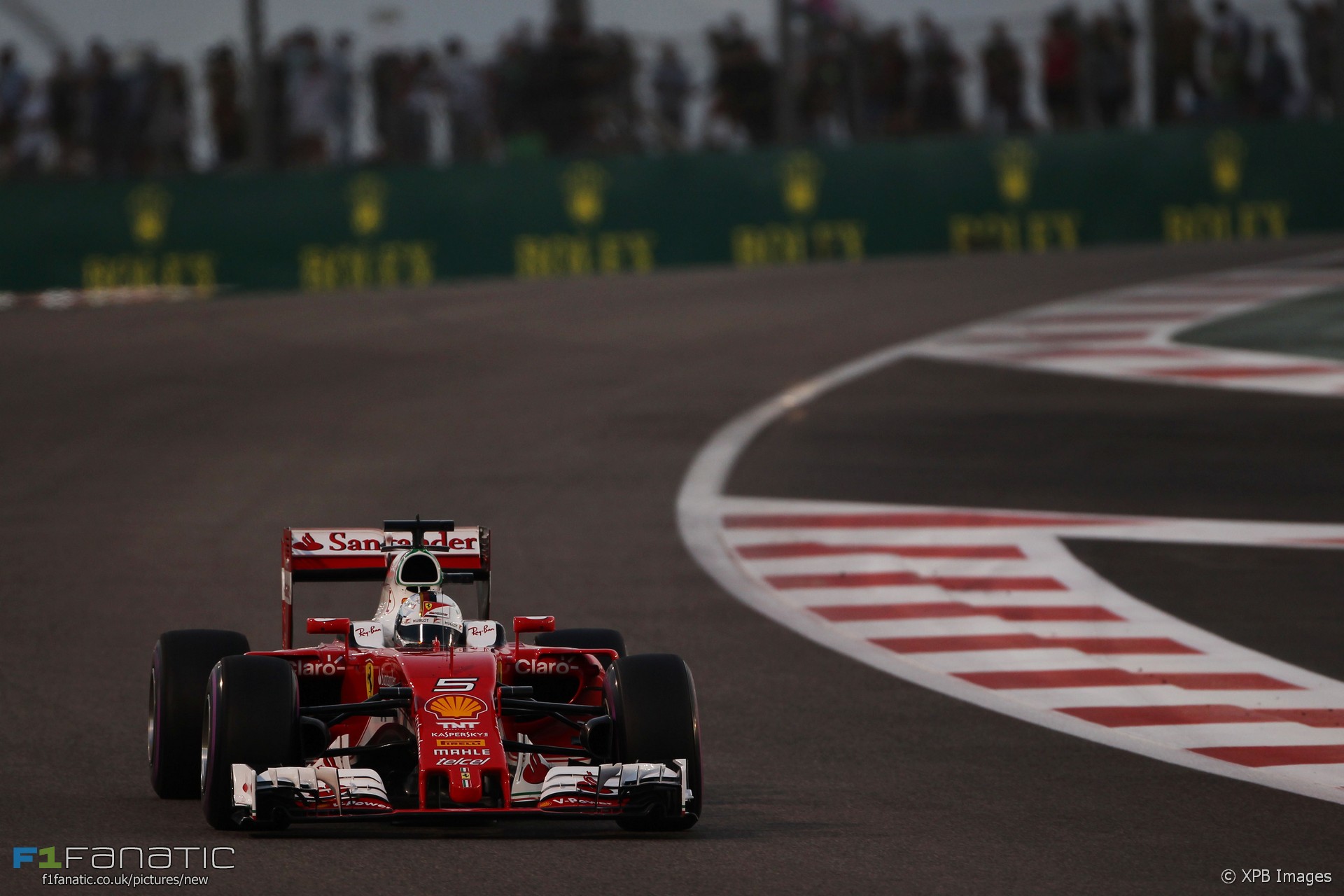 Sebastian Vettel said he couldn’t pass Nico Rosberg at the end of the Abu Dhabi Grand Prix because the Mercedes was getting a tow from his team mate.

Vettel arrived on the Rosberg’s as Lewis Hamilton slowed the pack in the hope someone would overtake his team mate. But Vettel pointed out Hamilton’s tactics inadvertently aided Rosberg on the straights.

“At the end I thought of having a go for the victory but the problem was they were too quick on the straights,” said Vettel. “Lewis was giving Nico such a good tow that it was difficult to really create something in the straights.”

The Ferrari driver hadn’t been informed of Mercedes’ radio messages urging Hamilton to speed up but said “it was clear he was slowing down.”

“We did two seconds, he was one-and-a-half seconds than I think he could have gone.”

Vettel added he could “understand” Hamilton’s approach. “Everybody picks his own tactics.”

“Obviously for myself it was interesting because I thought I could have a go, have a shot at the race win. But I can see that for Nico it wasn’t very pleasant as well as for the team.”

“From my point of view I tried everything to finish second or higher. I had a little bit of a go but as I said at the end he got DRS from Lewis because he was so close which made it very difficult and my tyres also started to drop following cars at the end.”