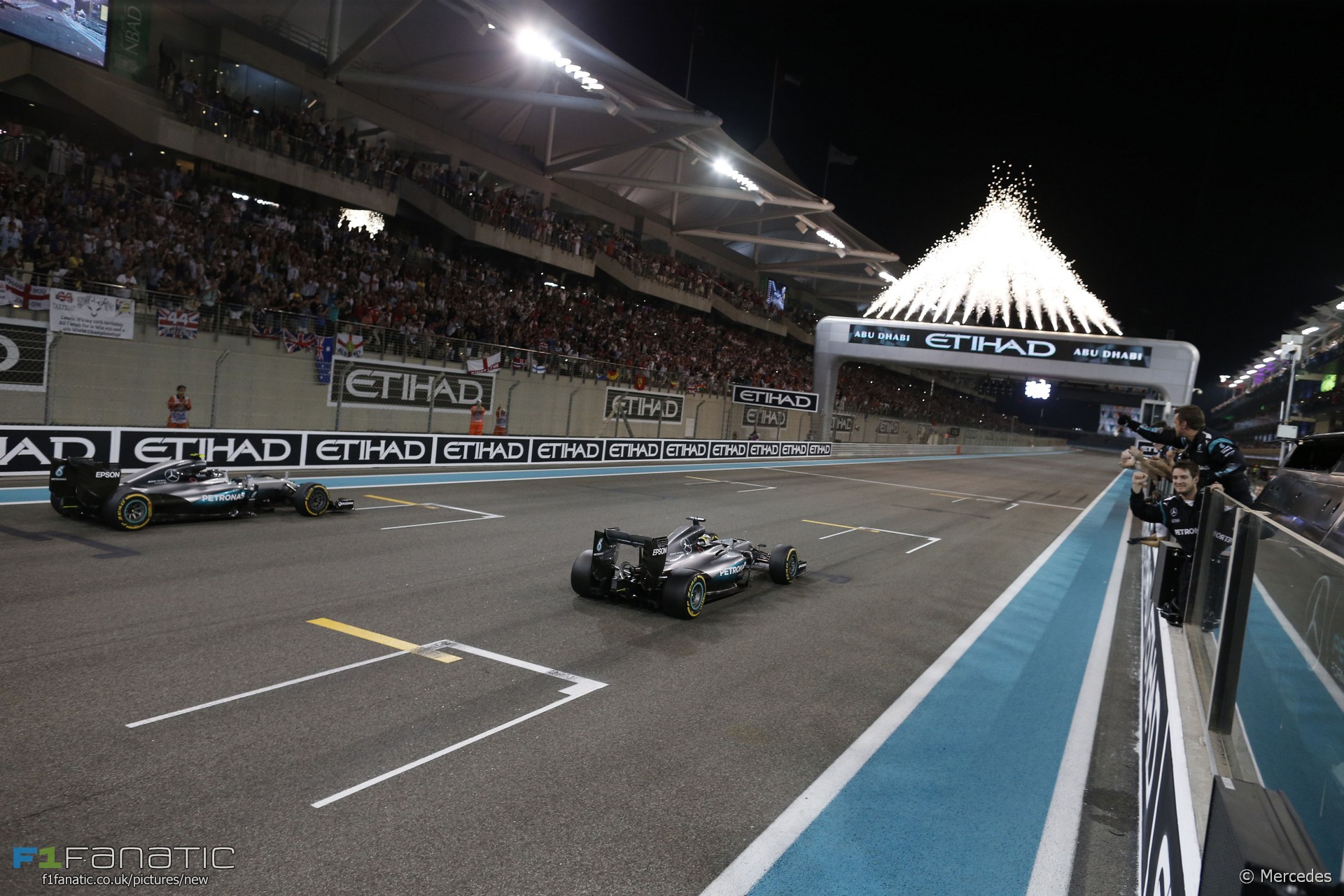 Lewis Hamilton drew criticism for holding up Nico Rosberg during the Abu Dhabi Grand Prix in his efforts to win the world championship.

Despite holding up Rosberg in the opening laps of the race and for most of the final stint, Hamilton was unable to cost his team mate any places and Rosberg won the title.

Was Hamilton’s driving the only option left to him to win the title? Or should drivers never intentionally interfere in a rival’s race? Cast your vote below.

Hamilton’s approach was entirely predictable and his tactics should have come as no surprise to anyone – including his team.

As he correctly pointed out he did not break any rules and did not drive in a dangerous manner. The stewards did not consider his driving worth investigating.

Hamilton’s tactics were unsporting as he denied Rosberg the chance to drive a normal race.

In doing so he repeatedly disobeyed instructions from his team despite having benefited from such orders in the past, such as when Rosberg was told to let him by during the Monaco Grand Prix.

I’m especially interested to see the results of this poll as I hadn’t anticipated there would be the kind of criticism of Hamilton’s approach which has arisen, including from ex-F1 drivers.

This was Hamilton’s only realistic way of winning the championship on Sunday. Had Hamilton driven off to win while his team mate cruised to another easy second place Hamilton would have looked utterly foolish.

I think there’s also an element of Hamilton being criticised more because his tactics failed than because he tried them. He came close to pulling it off, however – Rosberg only kept his position over Kimi Raikkonen at the first round of pit stops by a few fractions of a second, and had that gone the other way things could have turned out quite differently.

The idea that what Hamilton did was ‘unsporting’ does not resonate with me. The sport is Formula One, the ultimate goal is the world championship, and Hamilton’s tactics were a legitimate pursuit of that end.

Do you agree Hamilton’s Abu Dhabi Grand Prix tactics were correct? Cast your vote below and have your say in the comments.

Do you agree Hamilton was right to hold Rosberg up?

Share your views on the championship conclusion. What did you think of the race, and who was the best driver last weekend? Vote here before the final race polls of the year close later this week:

172 comments on “Was Hamilton right to hold Rosberg up?”