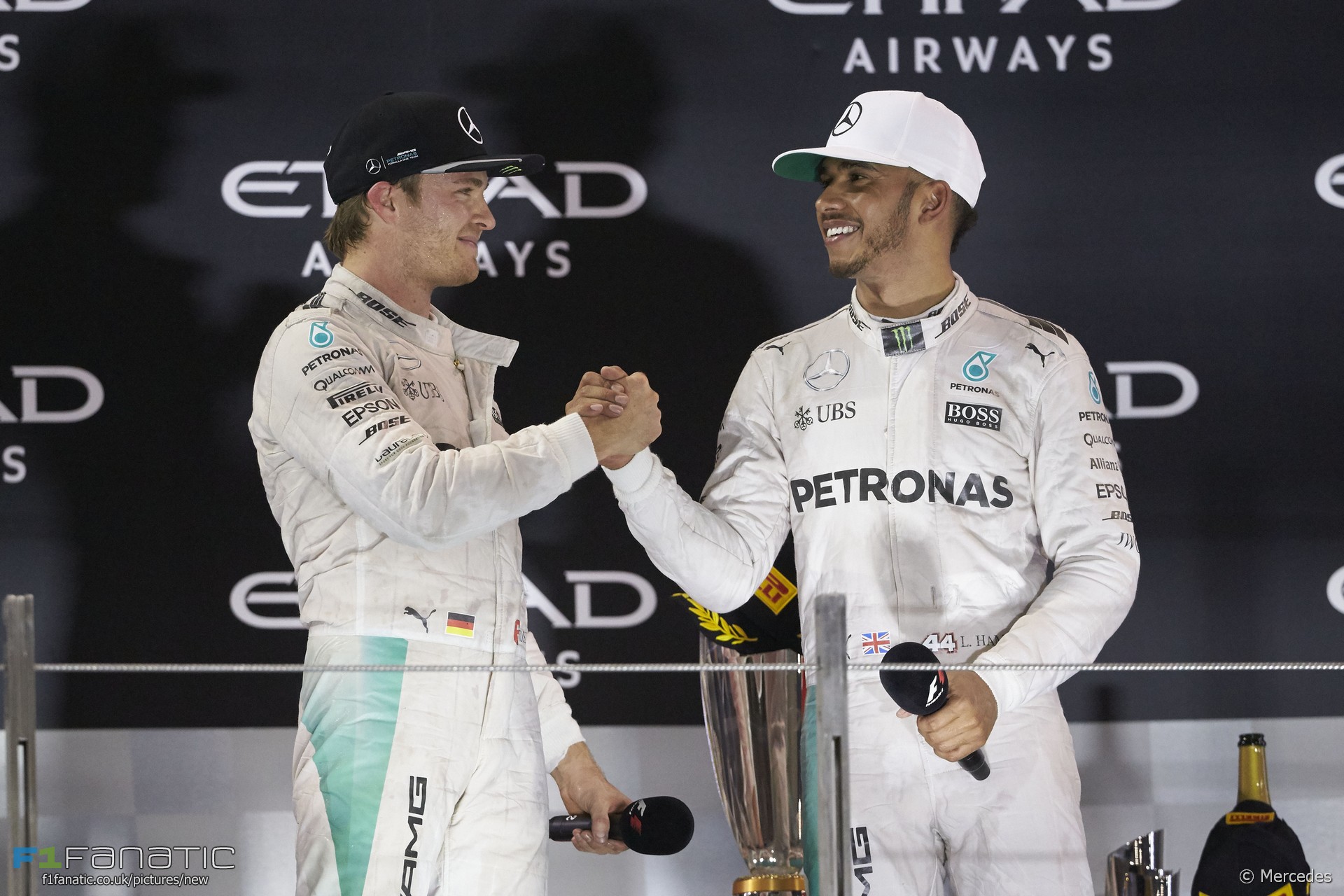 Nico Rosberg has praised his team mate Lewis Hamilton as being one of the best drivers in the world after beating him to the 2016 championship.

Speaking at a reception in Kuala Lumpur following his championship triumph Rosberg described his team mate as “one of the best in the world, one of the best ever surely”.

Rosberg and Hamilton have been team mates at Mercedes for four years and also spent two seasons alongside each other in karting. This year was the first time Rosberg has beaten Hamilton over the course of a season.

“It’s incredibly intense to race him,” said Rosberg. “It feels like we’ve been doing it forever and he’s always edged me out ever so slightly, so to finally get one back was awesome.”

“I’ve got great respect for him because he does an incredible job, he’s done so well over the years and he fought to the very last metre on Sunday. That made it extremely tough on Sunday but all the more beautiful afterwards.”

Rosberg said he had been working towards his championships success for “25 years, my whole life”.

“It was extremely intense out there on Sunday, touch-and-go at times and it could have been really hairy to lose the championship. But afterwards, it was amazing to share it with everybody, especially with the team.”

“Mercedes is my racing family in F1 and we have been in this together since day one in 2010, just like Petronas – and now we are the best in the world.”

Rosberg has emulated his father Keke, who claimed the title with Williams in 1982.

“It’s one of the most emotional parts of it to achieve what my dad did 34 years ago,” said Rosberg. “My parents had prepared a video of me during my very first couple of days in a go-kart which I had never seen before; when I saw it on Sunday night on social media, I cried my eyes out, thinking of the support from both my parents across all those years.”

79 comments on “Rosberg hails Hamilton “one of the best ever””