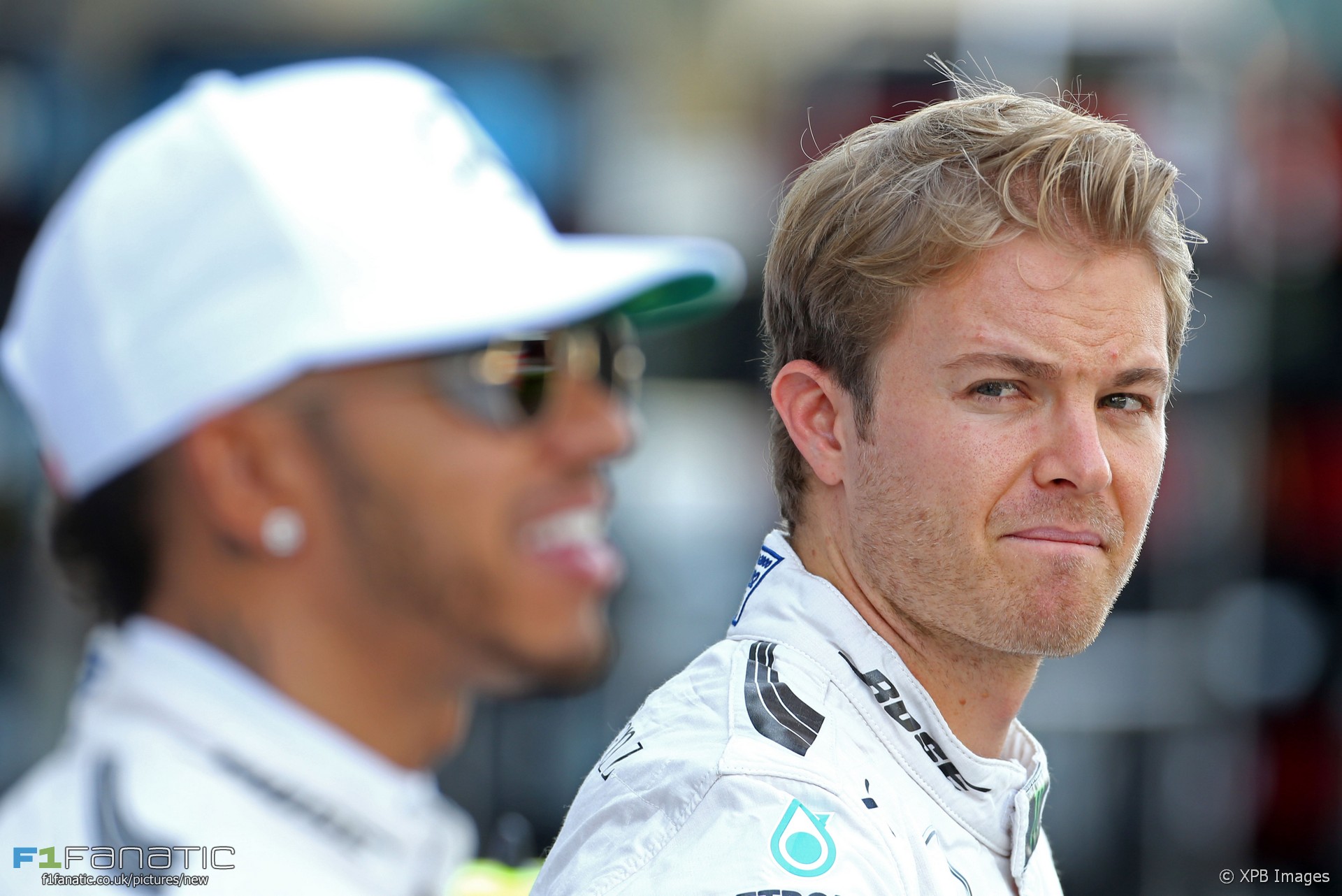 Which drivers ruled the roost in their teams during 2016? Now the season is over it’s time to delve into the data and deliver a verdict.

The graphs and tables below show which driver had the greater share of the better results within their teams and who came out on top in every qualifying session and race this year.

The debate over this one isn’t going away any time soon. Lewis Hamilton had a more successful season than Nico Rosberg by many significant metrics including race wins, podium finishes and pole positions. But the points tally is what counts and there Nico Rosberg pipped him by five, ending Hamilton’s two-year reign as champion.

Note that while technical problems during qualifying for Hamilton have been cited as a significant reason behind why he lost the 2016 championship, they did not stop him out-qualifying Rosberg as many times as he did last year.

Another striking feature of the Mercedes drivers’ seasons is how the balance of power shifted between them. Rosberg began the season and came back from the summer break more strongly then Hamilton, whose defeats to Rosberg during these parts of the season can only partly be blamed on unreliability.

And look at what happened once Rosberg reached the point where he no longer had to beat Hamilton on the track to take the title. Rosberg has admitted the pressure of delivering the championship got to him, and over the final four races it was a clean sweep for his team mate.

Changing your driver line-up four races into the season is bound to create headlines. But no one was questioning Red Bull’s move once Max Verstappen, who was parachuted into Daniil Kvyat’s empty seat, won first time out in Spain.

There was an element of beginners’ luck about that Spain victory. But Verstappen has left no room for doubt more wins will follow given time. Perhaps the biggest achievement of his season was out-qualified one-lap specialist Daniel Ricciardo over the final half-dozen races.

That will be cause for concern for Ricciardo. He delivered the better results of the pair on balance but it was close, and Verstappen clearly has greater potenital for growth being so much younger.

If Red Bull are championship contenders again next year, as they are widely expected to be, the fight between these two will be epic.

It’s been a long time since Kimi Raikkonen out-qualified a team mate over the course of a season. His strengths have also been more evident on race day than in qualifying.

For him to do it to a driver with Sebastian Vettel’s record is truly surprising. Once Vettel’s superior performances in other areas are taken into account, it does tend to back up the view he was prioritising 2017 development during practice sessions this year.

But it’s clear this was Raikkonen’s best season since he returned to Ferrari two years ago. The SF16-H, not as strong at the rear at his predecessor, was more Raikkonen’s kind of car. The arrival of more muscular racing machines in 2017 could also play into his hands.

Which of these drivers had the best or most surprising performances against their team mates? Have your say in the comments.

How did the other teams’ drivers fare in 2016? Find the rest of the team mate battles here: