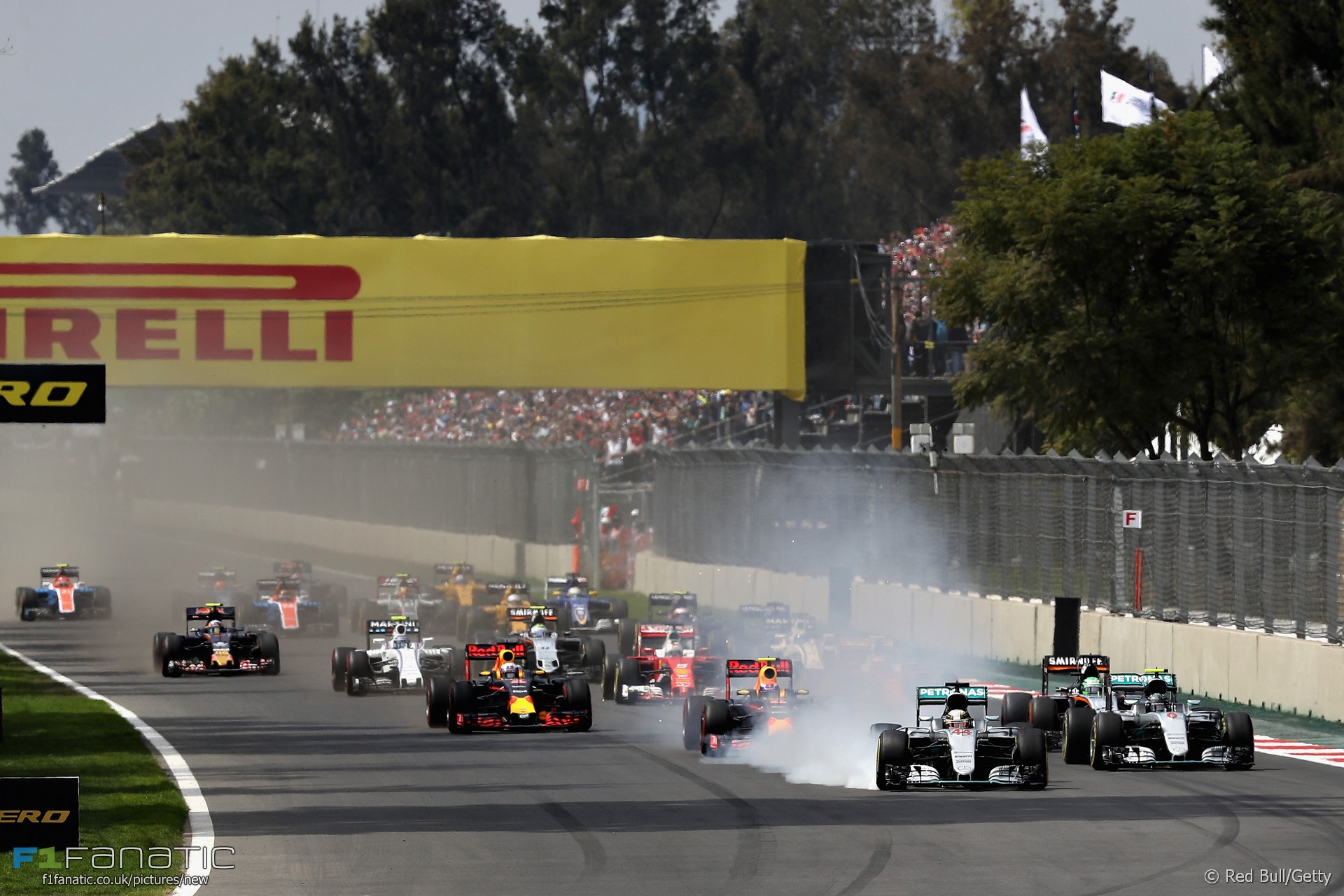 The FIA wants circuits to offer “natural penalties” for drivers who stray beyond track limits to stop them from gaining an advantage, instead of relying on stewards to penalise them.

The issue of drivers obtaining a benefit by going beyond the track limits was a taking point throughout 2016. This was notably so in Mexico where Lewis Hamilton, Nico Rosberg and Max Verstappen all cut the turn one run-off area but only Verstappen was penalised.

FIA stewards chairman Garry Connelly believes the problem is limited to a small number of corners on the F1 calendar.

“There are now probably only 11 or 12 corners across the whole championship where there is the potential for cutting corners in a very obvious way,” said Connelly.

“There are solutions that can be adopted to sort those issues out, such as the solution that has been adopted for turn one in Monza, where if you do go off there is a natural penalty in that it takes you longer to rejoin than if you had used the circuit. That makes it a lot easier for the stewards as the penalty is applied on track.”

Connelly suggested the FIA intends to tackle the kind of tactics used by Hamilton in Mexico, where he gained a large amount of time by cutting the track and avoided losing any places before relinquishing that advantage.

“The point we also made is that the rules say a driver can rejoin the track as long as you do it safely and gain no lasting advantage,” he said. “The word lasting is again very subjective.”

“Does it mean lasting for 500m, until the next turn, the next few laps or the whole race? That subjectivity is removed if the circuit is modified or designed to immediately disadvantage a driver if he does go off track.”

The FIA may also adopt a practice from the German motor club DMSB (Dachverband für den Automobil- und Motorrad-Sport) to improve the consistency of its decision-making between races.

“The stewards get together by video link to look back at incidents and discuss the decisions made. We thought that might be good thing to do every three or four races.”