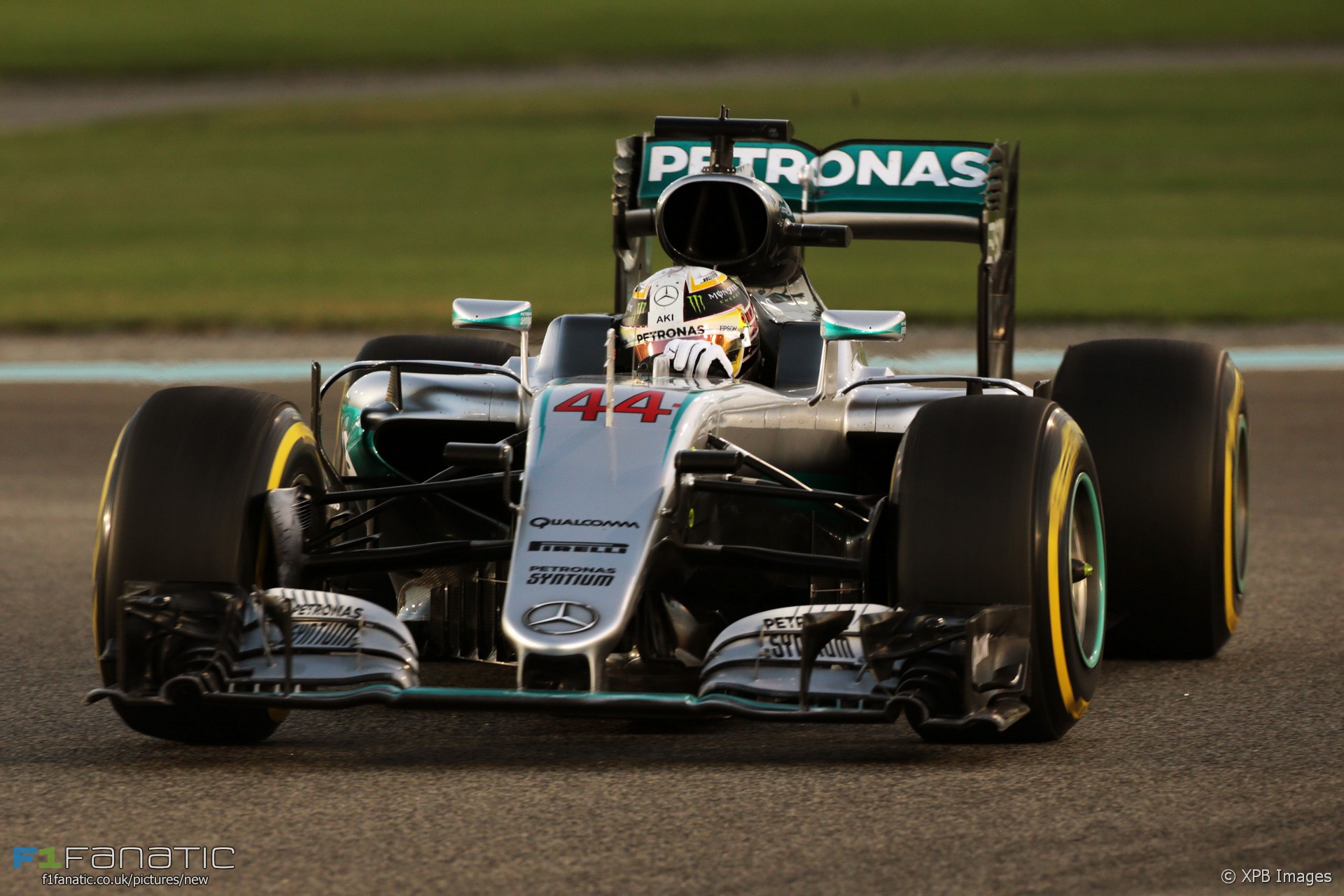 Last month, after Mercedes has already put a lock on their third consecutive constructors’ championship title, executive director Toto Wolff said there was little more performance to be found under the current regulations.

If that’s the case, their rivals were still a long way off reaching that point in their third year of trying to catch the flying silver cars in 2016.

In fact, Mercedes enjoyed a greater margin over their closest rival in 2016 than in either of the previous seasons.

Scroll to zoom, drag to pan, right click to reset

Over the opening four ‘flyaway’ races of 2016 it seemed as Ferrari were going to be Mercedes’ closest challengers, as was the case last year. The red cars were closest to the silver machines at each round with the exception of Shanghai, where an inspired lap by Daniel Ricciardo put his RB12 on the front row.

However a Renault power unit upgrade at the Monaco Grand Prix helped propel Red Bull into contention. Routine upgrades helped edge the RB12 closer to the front of the pack as well. Ferrari’s development programme did not run as smoothly and the team parted company with designer James Allison (partly due to personal reasons) at mid-season.

As was also the case in 2014 and 2015 there was only one race all season where something other than a Mercedes produced the quickest lap time. It had been Ferrari in last year (as Mercedes struggled in Singapore) and Williams in 2014 (when the Mercedes drivers fluffed their qualifying runs in Austria).

This time Red Bull did the business in Monaco. Those hoping for a competitive season could draw some encouragement from the fact the silver cars had been beaten, and without a special reason why they should have lacked pace. But it was never repeated again all year.

The season was a crushing disappointment for Williams. Having been the closest team to Mercedes on pure performance on five occasions last season they were never as close this year. Force India deposed them as top Mercedes customer team in the constructors’ championship.

Scroll to zoom, drag to pan, right click to reset

The extent of Mercedes’ superiority over the three previous seasons is clear from the data above. But it also reveals some interesting trends in Ferrari’s performance.

The red cars’ performance was much ‘peakier’ in 2016. They were often closer to the silver cars than they had been the year before, other times further away. After the summer break Red Bull were a more consistent threat.

Had Ferrari shelved development of their SF16-H to concentrate on next year’s change in regulations? Not entirely: The team continued to bring new parts for the car in the latter stages of the season.

Nonetheless Ferrari narrowly beat Red Bull to be the closest team to Mercedes on average throughout 2016. Yet Mercedes enjoyed a greater margin over their closest rival than in either of the previous seasons: 0.87%, or just under eight-tenths of a second on a typical 90-second lap.

This is partly reflected in the scoreline. Mercedes lost three races apiece in 2014 and again in 2015, yet over this year’s longest-ever calendar they were only beaten twice. But there’s more to it than this as well.

Because two different teams were vying to be the closest threat to Mercedes this year, the silver cars usually had closer competition than that 0.87% figure suggestions. Their average margin over whichever was the closest car on any given weekend was 0.64% which is virtually the same as it was last year’s 0.65%.

The size of Mercedes’ performance advantage is also exaggerated by the high-performance engine modes they typically activated in Q2 each weekend, giving them vital extra tenths of a second for those qualifying pushes.

Another factor which increased Mercedes’ margin over their rivals this year was that the newest addition to the calendar ideally suited the W07. Baku’s immense straight and stop-start configuration saw Mercedes record one of their strongest qualifying performances of the year.

It was also the only track at which their closest rival on pure pace wasn’t a Ferrari or a Red Bull, but their engine customer Force India.

However it was a poor season for the midfield. The ‘big three’ teams increasingly edged clear of them, particularly in the second half of the season. One point of encouragement is that for the first time since 2009 all the competing teams were close enough to the pace to score a point.

The above performance data is produced by comparing every lap time set by every car in every race weekend and identifying the fastest.

19 comments on “How Mercedes were even further ahead in 2016”