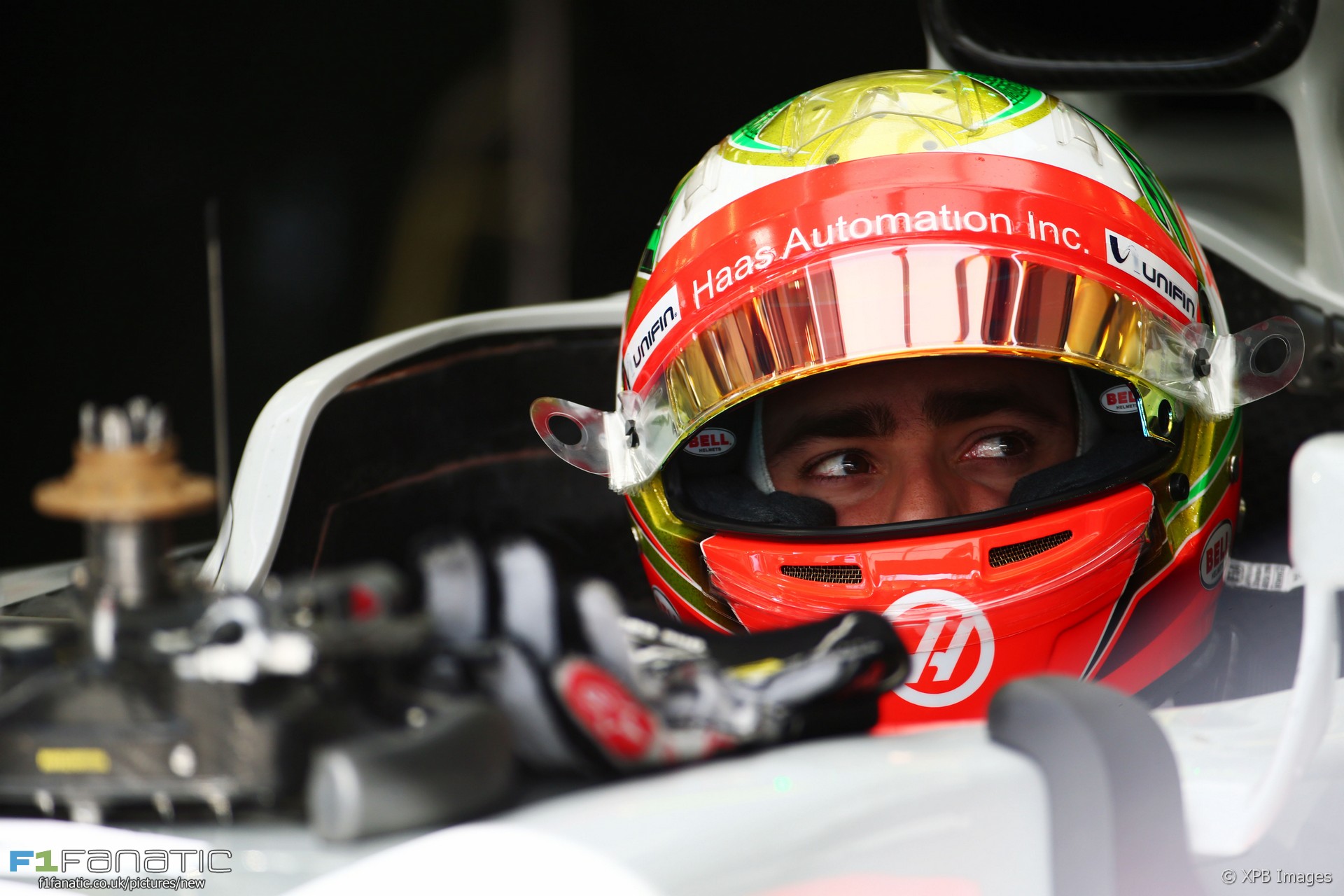 A scoreline of zero points to Esteban Gutierrez versus 29 for Romain Grosjean is a brutal verdict on Gutierrez’s efforts. Before the season ended Haas informed Gutierrez his services would no longer be required, suggesting there’s little to be salvaged from his efforts this season.

Undoubtedly there were times when his efforts simply weren’t up to scratch. There were the first-lap collisions with Nico Hulkenberg – yes, two with the same driver. His Rene Arnoux-like use of rear mirrors which infuriated front runners (he had two blue flag penalties in one race alone) and everyone else (he had a grid penalty at Spa for cutting up Pascal Wehrlein.

Probably most damaging was the poor starts he made when he qualified well. He gave Haas their first Q3 appearance at Monza but got away dreadfully. He’d been thousandths of a second off reaching the top ten in Austria too but again fluffed his getaway.

On the latter occasion he recovered to 11th place. This was one of five occasions Gutierrez took the chequered flag as the first non-scorer.

Like his team mate Gutierrez was vexed by the car’s inconsistent braking – a confidence-sapping trait. His patience with its unreliability was exhausted by Brazil, leading to an angry exchange, though his car was no less reliable than Grosjean’s in terms of stoppages.

When both cars saw the chequered flag Gutierrez was ahead of Grosjean more often than not. But his team mate seized the opportunities that counted. The difference between them may be exaggerated by the points tally but it was still significant and may have ended Gutierrez’s F1 career.

Took a lot of unfair criticism this season for failing to score points while Grosjean had many. He’s not world class, but he had the beating of Grosjean enough to make the Frenchman uncomfortable. His replacement by Magnussen is an upgrade in my opinion and Gutierrez has now had enough chances in Formula One without really delivering much.
@Ben-n

What’s your verdict on Esteban Gutierrez’s 2016 season? Which drivers do you feel he performed better or worse than? Have your say in the comments.

The F1 Fanatic Driver Rankings are produced by referring to:

Australia – Ran out of time to get a second run done during Q1 which meant he missed the cut. He fell behind the Manors at the start and was stretching his first stint on softs when Alonso appeared in his mirrors. He and his rival were cleared of blame for the huge crash which followed.

Bahrain – Only a tenth of a second slower than Grosjean but that meant he started four places further back. Gutierrez made a brilliant start but was again doomed not to finish, this time due to a suspected brake disc problem.

China – Saw the chequered flag for the first time this year and was well ahead of his team mate in 14th despite his Drag Reduction System not working.

Russia – Had similar tyre problems to Grosjean but also made it into Q2, albeit last. At the start he braked too late and took out Hulkenberg and Haryanto, earning a penalty and two points on his licence. He at least saw the chequered flag, albeit a distant 17th.

Spain – Felt he got the most out of his car in qualifying but was pipped by Grosjean again. A gamble on a long final stint on mediums didn’t pay off – his tyres faded which allowed Button and Kvyat to edge him out of the points.

Monaco – Achieved his best starting position of the year so far with 12th but wasn’t able to use that as a springboard to a points finish. The timings of both his pit stops were on the conservative side which put him at a disadvantage, and he was passed on-track by both Williams drivers.

Canada – Did a solid job in qualifying to take 13th on the grid which was where he finished after an uneventful race.

Europe – Still not back to full strength following his recent illness, Gutierrez visited many of Baku’s run-off areas during practice. He didn’t make a great started and made matters worse by running into Hulkenberg, dropping back to 17th. With a damaged floor and wing Gutierrez had to pit for repairs, which left him behind the Renaults at the flag.

Austria – Hampered by various problems during practice, he nonetheless came within six thousandths of a second of reaching Q3. However he undid that good work with a poor start, falling to 18th after his engine went into anti-stall. He recovered to finish just outside the points once again.

Britain – Like his team mate he wasn’t able to get into Q3. A slow first pit stop dropped him to the rear of the field after which he lapped quicker than the Renaults but came home last.

Germany – Charles Leclerc drove his car again in the first practice session but Gutierrez showed good form by qualifying ahead of Grosjean in 11th. That was where he finished as well, once more missing out on points after a decent drive including a long opening stint on softs.

Belgium – Drew the ire of his rivals for not looking in his mirrors again after Wehrlein had to dive off the track to avoid him in practice; Gutierrez was duly given a grid penalty. He was quicker on the softs than Grosjean but was being caught at the end when they switched to mediums.

Italy – A fine effort in qualifying saw Gutierrez give Haas their debut appearance in Q3. He made a terrible start, however, falling to the rear of the field. As he had to start on used tyres this hampered his efforts to recover lost ground, though he made it as far as 13th.

Singapore – A standard weekend, in that he finished eleventh and the leaders complained he held them up. To his credit, he out-qualified his unhappy team mate and finished in front of a Williams, but a point was definitely in the offing here.

Japan – Stopped in the middle of the second practice session due to a turbocharger fault. In qualifying he accompanied Grosjean into Q3 but he spoiled his race with a spin while trying to pass Sainz. He finished with just the Manors behind him.

Malaysia – Picked up a puncture on the first lap, struggled on with floor damage, but retired when a wheel fell off his car. In need of a change of luck.

United States – Wasn’t running the new front wing which transformed the performance of the VF-16, but made it into Q2. He slipped behind Grosjean early on and retired shortly after his first pit stop with another brake fault.

Mexico – An error in qualifying meant he dropped out in Q1 at home. He spent the race nursing his brakes but brought the car home ahead of Grosjean.

Brazil – Qualifying was typical of his season: while Grosjean dazzled with his Q3 run, few noticed Gutierrez had only been a tenth off him in Q2. Fine margins are amplified in the midfield. His race was a frustrating affair as an MGU-K fault compromised his power delivery problems under braking and while cornering. Then the MGU-H packed up and a visibly furious Gutierrez vented his frustration at team principal Guenther Steiner. The team had already announced Gutierrez will not be driving for them next year.

Abu Dhabi – Enjoyed a smoother Friday than Grosjean as was fractionally quicker, a performance he replicated in qualifying. However he was passed by his team mate in the race and finished there.