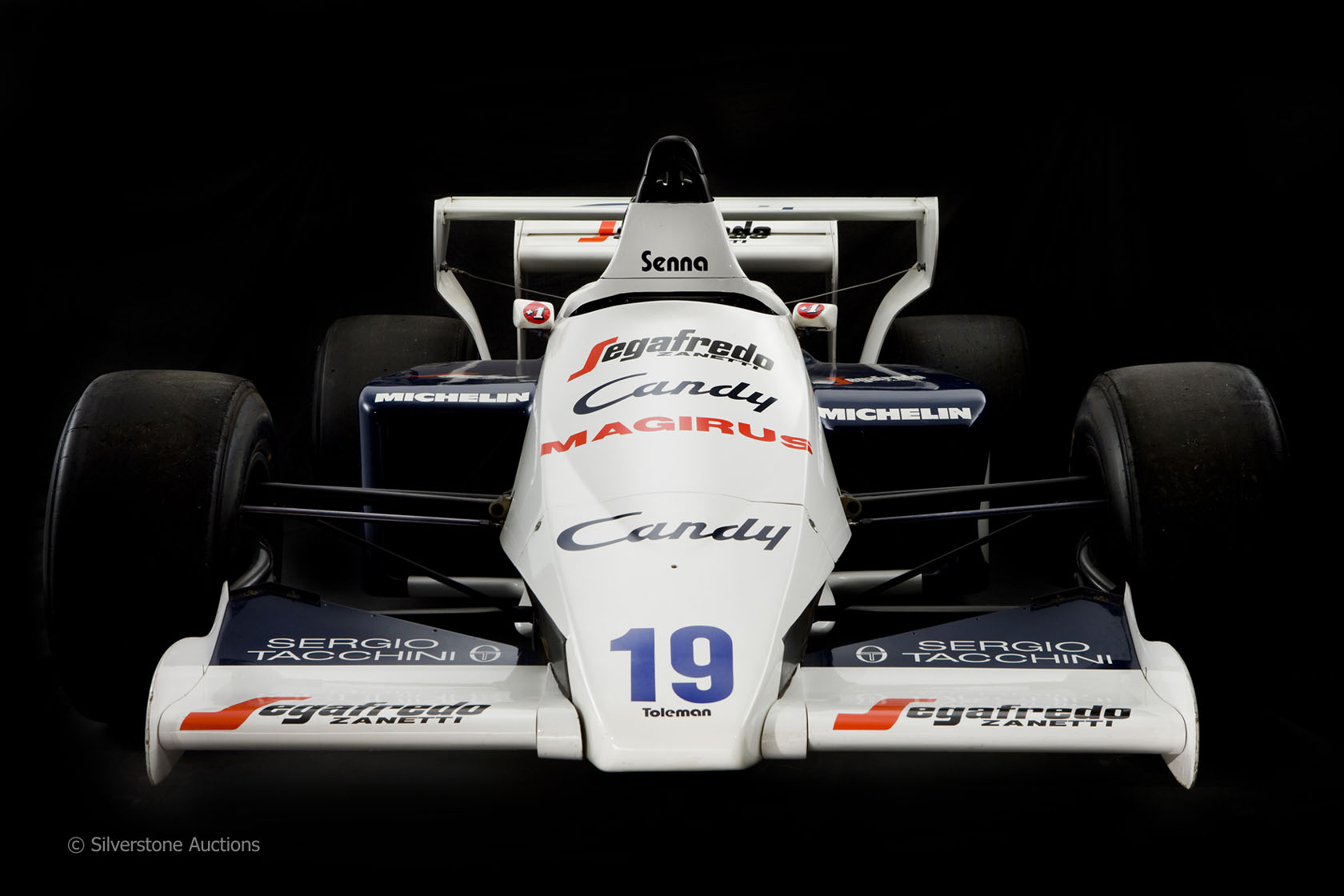 You may never have given serious thought to how to buy a Formula One car. After all, teams sink hundreds of millions of pounds into developing their chassis, so the cars must have price tags to match?

Used F1 cars are indeed pricey but a complete chassis can be picked up for something close to the cost of a new family hatchback. You’ll get some admiring glances if you plonk one of those in your garage, though to take it any further you’ll have to fork out for an engine.

With the season drawing to a close a whole grid of cars are about to become obsolete technology. If you’re thinking of getting your hands on a pukka F1 machine, F1 car and memorabilia sales specialists Memento Exclusives explain how to do it.

Buying an F1 car: Where do I start?

No team will sell their retired cars fresh from the previous season’s grid as they contain far too much valuable intellectual property. Some never release their cars because they are an important part of their heritage program.

Others will re-paint the cars in the new season’s livery and use them as show cars. Other cars make their way to sponsors as part of their contract with the team. In rare cases, a driver may be gifted their racing car, for example for winning the world championship.

When it comes to buying a car privately it’s rare for a transaction to take place until the car is around five years old. The major exception to this is when a team has folded, as happened recently with Caterham and HRT.

Who wouldn’t want to own one of the fastest, rarest, and most technologically advanced cars in the world?

Many retired F1 cars are bought to be raced. After all, that’s what they’re designed to do. Some race on in the FIA-endorsed BOSS GP (Big Open Seater Single Championship) while others go to wealthy individuals for use as track day cars.

Others are bought as a thing of beauty to own and admire. Some are bought as show cars for events and for business premises and others are purchased as an investment opportunity.

How much money do I need to buy an F1 car?

Around 75% of F1 cars are sold through private transactions. Their sale price is not publicly disclosed – mainly to protect the investment value.

The engine is the most expensive component, so the price depends on whether that is included in the model.

Prices range from around £100,000 for a fully functioning F1 car raced in the early nineties, and can reach over £1.5 million for a car with particularly desirable heritage. An older race car without an engine or a basic show car can be purchased from around £20,000.

Cars purchased for investment purposes are occasionally bought by syndicate groups of like-minded investors. In this way, the cost can be divided between the purchasers, however it is diligent to draw up a legal agreement to agree details, such as the roles of each member of the syndicate, the split of profit or potential loss, and the use and storage of the car.

Before purchasing a car, the costs of insurance, storage and maintenance should also be taken into consideration. It’s diligent to also research the cost of running and maintaining the car and sourcing specialists to run the car if buying it to race.

What factors are most important to an F1 car’s value?

The most important factor when assessing the value is the car’s pedigree. A successful car is usually more valuable than an unsuccessful one. However some cars are more desirable because of the livery, the team or the chassis design.

Of course, the car must have supporting documents to prove it is the real deal in order to reach its full value. Next most important is the existence and condition of the engine/gearbox and condition of the car. Availability of spares can also affect the value for a car which is in running condition.

What should you look for when buying an F1 car?

The chassis plate and parts serial numbers should correlate to the supporting documents.

The gearbox and engine data should be checked as these often have to be re-built after a certain mileage.

Getting an independent, specialist engineer to assess the car properly before purchase is a wise move, especially if the car is going to be raced.

However racing an F1 car raises the possibility it might become damaged, and that can be very challenging. Formula One is, understandably, a secretive world and replacement parts can take months to source. You need to know what you’re doing, or to have a specialist team to help you.

Which F1 cars are currently on the market?

If you’re a little off the mark in affording a full Formula One car, or just don’t fancy the hassle that goes along with this, you could still own a piece of a Formula One car for your living room made from re-engineered F1 components. Memento Exclusives work directly with the F1 teams to sell race-used F1 components which have been transformed into clocks, lamps, tables and lots more.

18 comments on “How to buy a Formula One car”