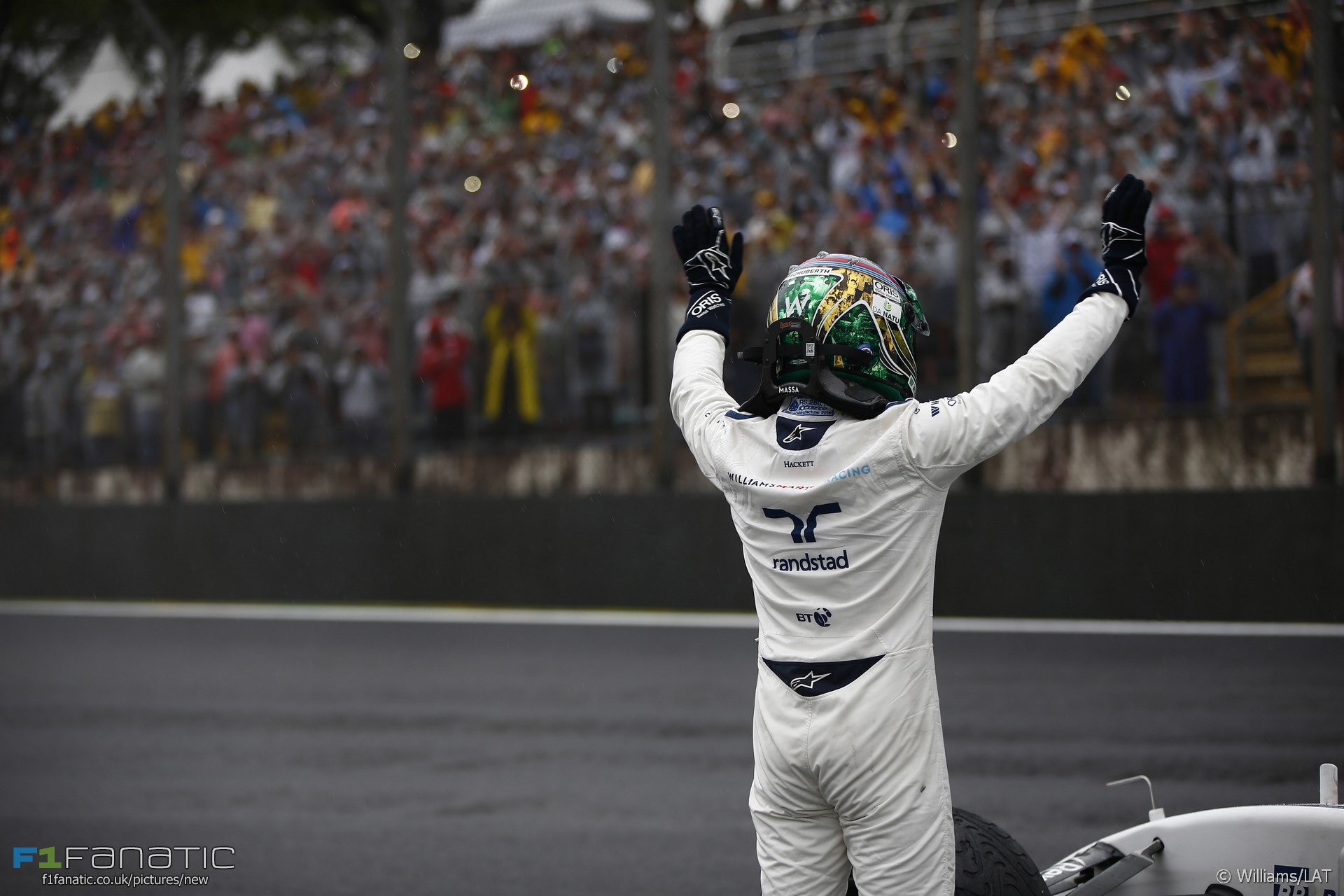 In the round-up: Williams are pursuing mFelipe Massa to make an immediate return from retirement to replace the potentially Mercedes-bound Valtteri Bottas.

Massa has been given a proposal from Williams to make a return to F1.

A German publication has been offered a photograph of Michael Schumacher in his hospita bed after his 2013 ski crash, priced at €1 million.

"Legally seen and in the longer term, every statement related to his health would diminish the extent of his intimate sphere."

"We hope to turn a terrible event, which affects the whole Schumacher family, into something positive."

"I was a bit less consistent, maybe a bit less understanding of the car and less experience."

"It is what everyone else is aspiring to do, so to be in that position and call it quits is difficult to understand for a lot of other people."

"I have spent the whole year with him and we partied maybe four times. He is not a party boy."

Look who's welcoming our emplyees and their better halves 😀👍 pic.twitter.com/XFgn9NmB30

Quite a few of you are concerned a return for Felipe Massa wouldn’t be a wise move:

Please Felipe don’t come back. Once you’ve said good bye, coming back is a not a good idea. Same for Jenson.

I think its more or less settled that Bottas is headed for Mercedes, but I’d doubt Wehrlein will go the other way. We’ve been reading that Martini aren’t too impressed with the prospect of two drivers either side of 20 marketing their product, so they’d be pushing for an experienced hand…the question is who?

In many ways, its actually more interesting to speculate who would fill the Bottas seat at Williams. I’d count Felipe Massa and Jenson Button out (but hey, stranger things have happened).

Is there an experienced hand currently in F1 they can snag? Its pretty slim pickings, there isn’t a whole load of choice in the current crop is there? I’d count out the likes of Felipe Nasr and Esteban Gutierrez, simply because they aren’t good enough.

I cant think of anybody other than Jean-Eric Vergne that may fit the bill. He’s experienced, heavily involved with Ferrari, so he’s still ‘in the loop’, and more importantly, he’s raced this formula before. Its either this or they go to lure a former F1 driver back to the sport? Sebastien Buemi perhaps?

Having said all this, I’m pretty sure Williams will be looking to persuade Massa or Button back.
@Jaymenon10

Ten years ago today the Circuit de Catalunya revealed it would slow its final two corners by adding a chicane: