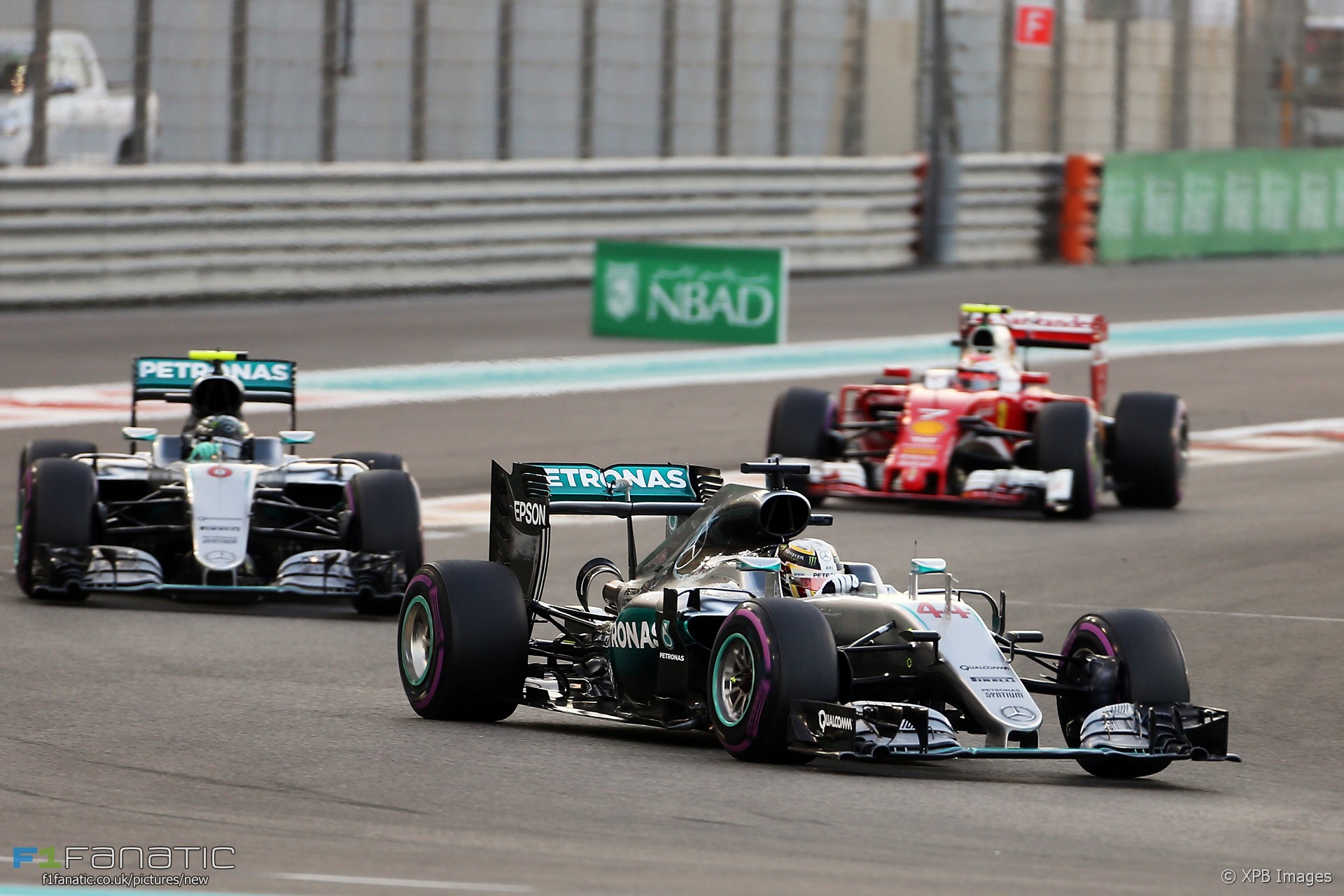 In the round-up: Toro Rosso team principal Franz Tost says the FIA should rein Mercedes in if they aren’t caught next year.

"If in 2017 Mercedes still has the edge, then the FIA must freeze the engines to allow the others to catch up the gap."

"The problem is that with the restrictions, we will end up working in very limited areas to make the car competitive."

"It will be a new experience for Mercedes, when they do come under pressure, which inevitably will happen at some stage."

"We were tested at each turn by unexpected challenges."

"We also need to decide if we are going to do some FP1s with him or not."

"It’s quite funny because my biggest obstacle was Red Bull, because I had no manager when I left F1. It’s good when things are going well with Red Bull, but when they aren’t, you have nowhere to go, but I was lucky and managed to sort myself out in the end."

@Geemac likes the look of Pirelli’s tyre picks for the first two races of next year.

I was expecting Pirelli to go conservative with their choices for the first two races given they are introducing a completely new concept. Credit to them.
@Geemac

On this day in 2009 Michael Schumacher announced his return to F1 with Mercedes: