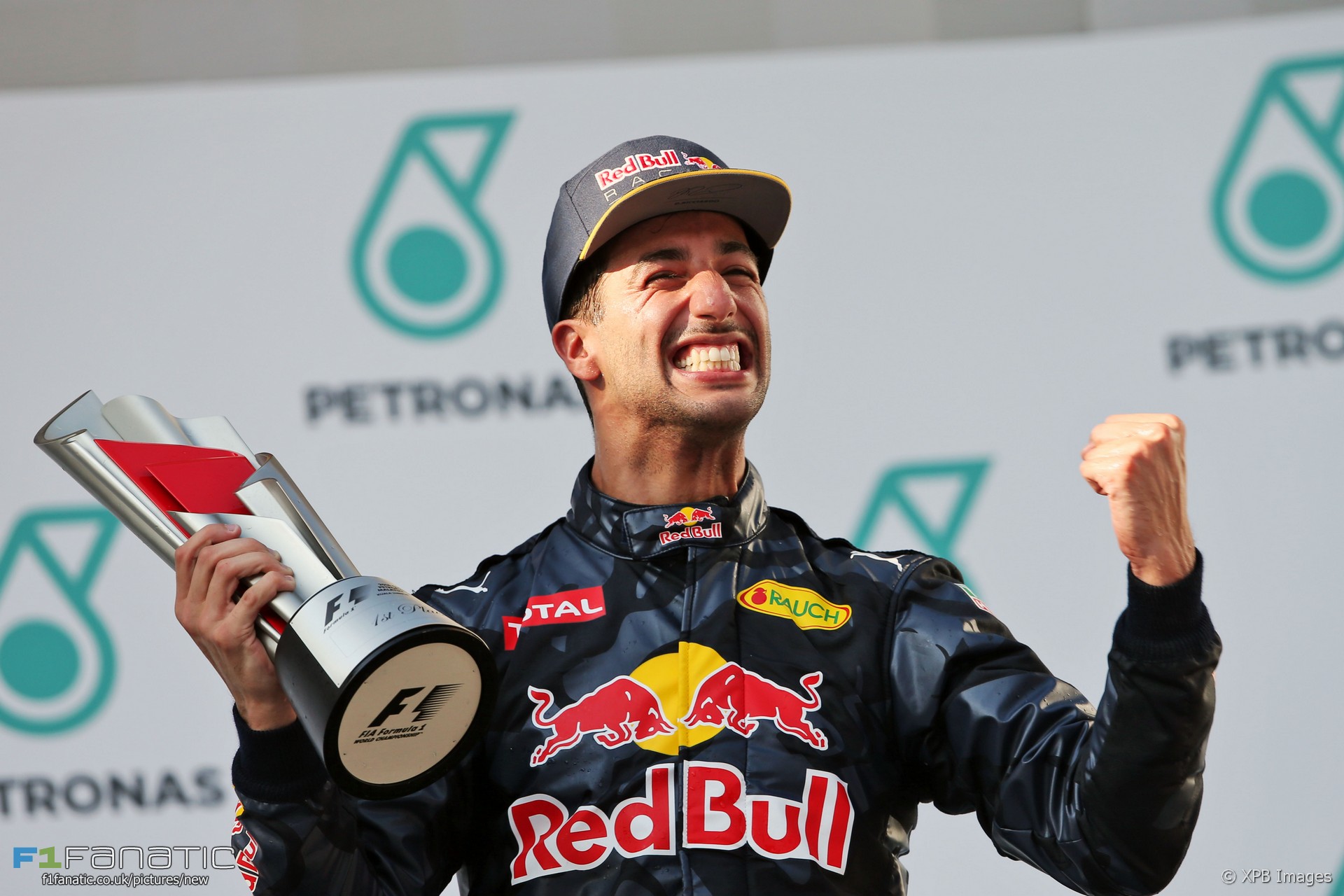 F1 Fanatic readers have voted Daniel Ricciardo as the best driver of the 2016 F1 season.

The Red Bull driver has won the poll for the second time, having previously topped it in 2014. Ricciardo scored a single victory this season, in Malaysia, but also came close to victory in Spain and Monaco. He ended the season a comfortable third in the drivers’ championship standings.

Red Bull drivers took more than half of the votes in the poll this year, with Ricciardo netting 28.5% to Max Verstappen’s 23.3%.

Ricciardo also won more Driver of the Weekend polls than any other driver in 2016, with four. Verstappen and Fernando Alonso won three times each while Rosberg, Romain Grosjean and Sebastian Vettel each won twice. The Ferrari driver’s two wins came in the final three races of the year.