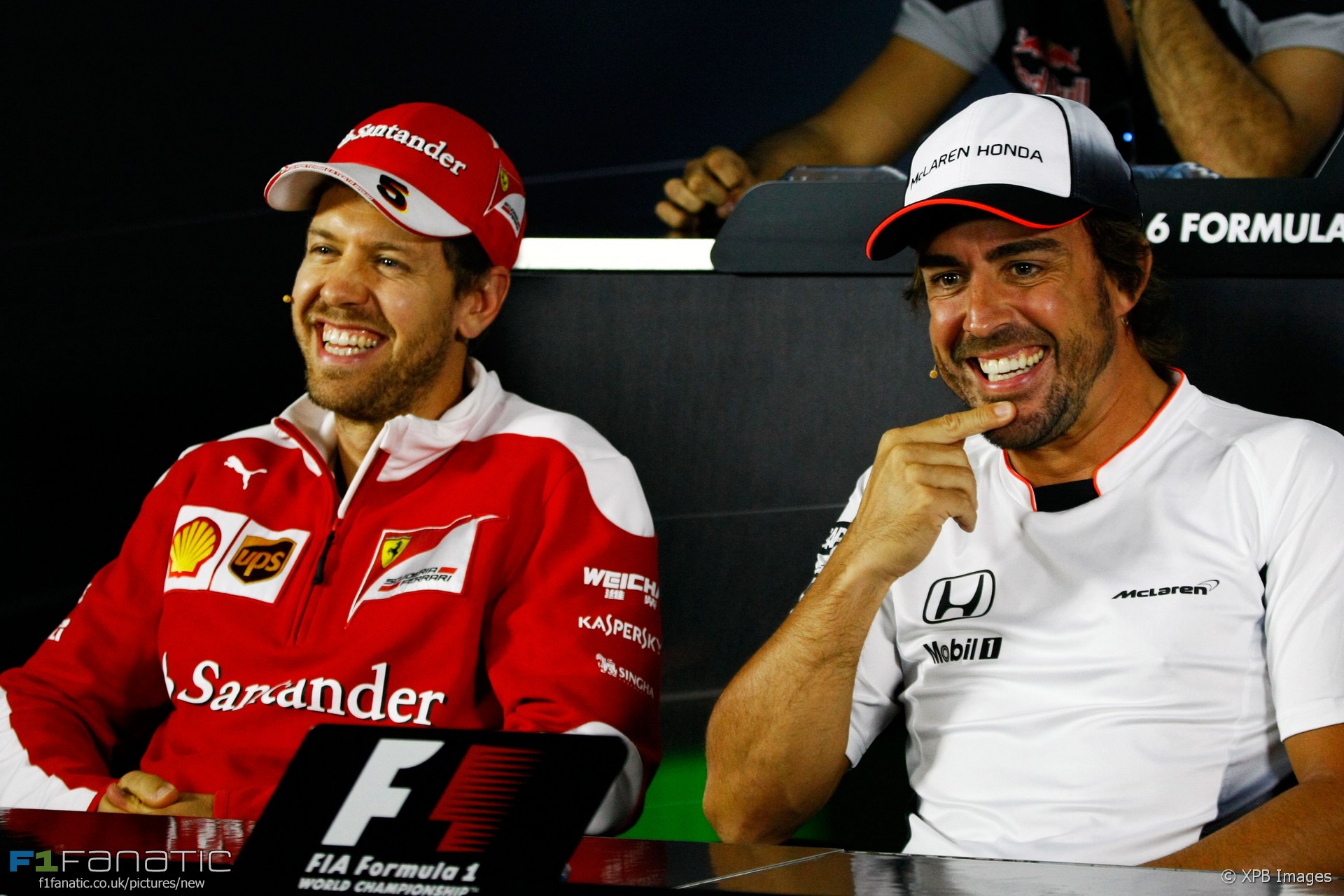 FIA steward Derek Warwick has called on Formula One to scrap rules which were introduced after lobbying by the sport’s top drivers.

The former F1 driver believes drivers including Sebastian Vettel and Fernando Alonso have held too much sway over the regulations.

Warwick, who serves as one of the drivers’ advisers to the stewards during race weekends, said he sees his role as trying to “bring some common sense to the room”.

“The stewards are very much the FIA stewards, they know the regulations, and we’ve got to give them an X ban for this incident and whatever,” Warwick explained at the Autosport International show.

“But I also try to convince the drivers because I always think that regulations are made for the front end of the grid. The people that talk in the drivers’ briefing to Charlie, like Vettel and [Mark] Webber when he was there, Alonso, [Jenson] Button, all the experienced guys that want the best for them to make their race perfect. So it’s them that have really pushed the blue flags, people being penalised and allowing cars to overtake and all that sort of thing.”

“We need to come back and help the back end of the grid I think. Take away blue flags. Take away all these penalties. Let’s get back to harder, harsher racing.”

“Let people work out how to overtake when they’re coming to lap a slow car like we used to. These guys will enjoy Formula One more if all of a sudden the great drivers like Lewis Hamilton, who will be unbelievable in traffic without the blue flags, will be even more unbelievable, and that will bring fans to Silverstone and watch the British Grand Prix.”

F1 too “health and safety”

Warwick believes the increased use of penalties in F1 has become a turn-off for some fans. “It’s too vanilla,” he said. “It’s too ‘health and safety’.”

“You don’t want to make the cars less safe. A lot of people say we want it to be more dangerous. We can’t do that.”

However Warwick admitted it isn’t realistic to allow drivers to settle disputes between themselves, as when he raced in F1. “If somebody baulked me in qualifying the next grand prix bump, off you go, we sorted it out,” he said. “That won’t work today. There’s too much media, too much pressure, too much corporates, too much money.”

Warwick will continue as a steward in 2017. “I will do four races this year,” he said. “[Race director] Charlie [Whiting] has asked me to do Australia because it could be a bit of a bun fight, the first grand prix with the new regulations.”

“I really enjoy it,” he added. “It’s quite interesting the amount of data that we have inside the stewards’ room: brake pressure, steering angle, speed, corner exit. We have everything, and that’s instant.”

“We have an engineer in the room that records all this so we can go back and look at an incident not just from what we see as anoraks on the TV but we’ve also got 60 circuit cameras, we’ve got onboards, we’ve got offboards. We can really analyse each incident.”

“But fundamentally my idea as a steward is ‘let them race’. We let them make mistakes because that’s what they should do. The more we get back to that, the better it is too.”