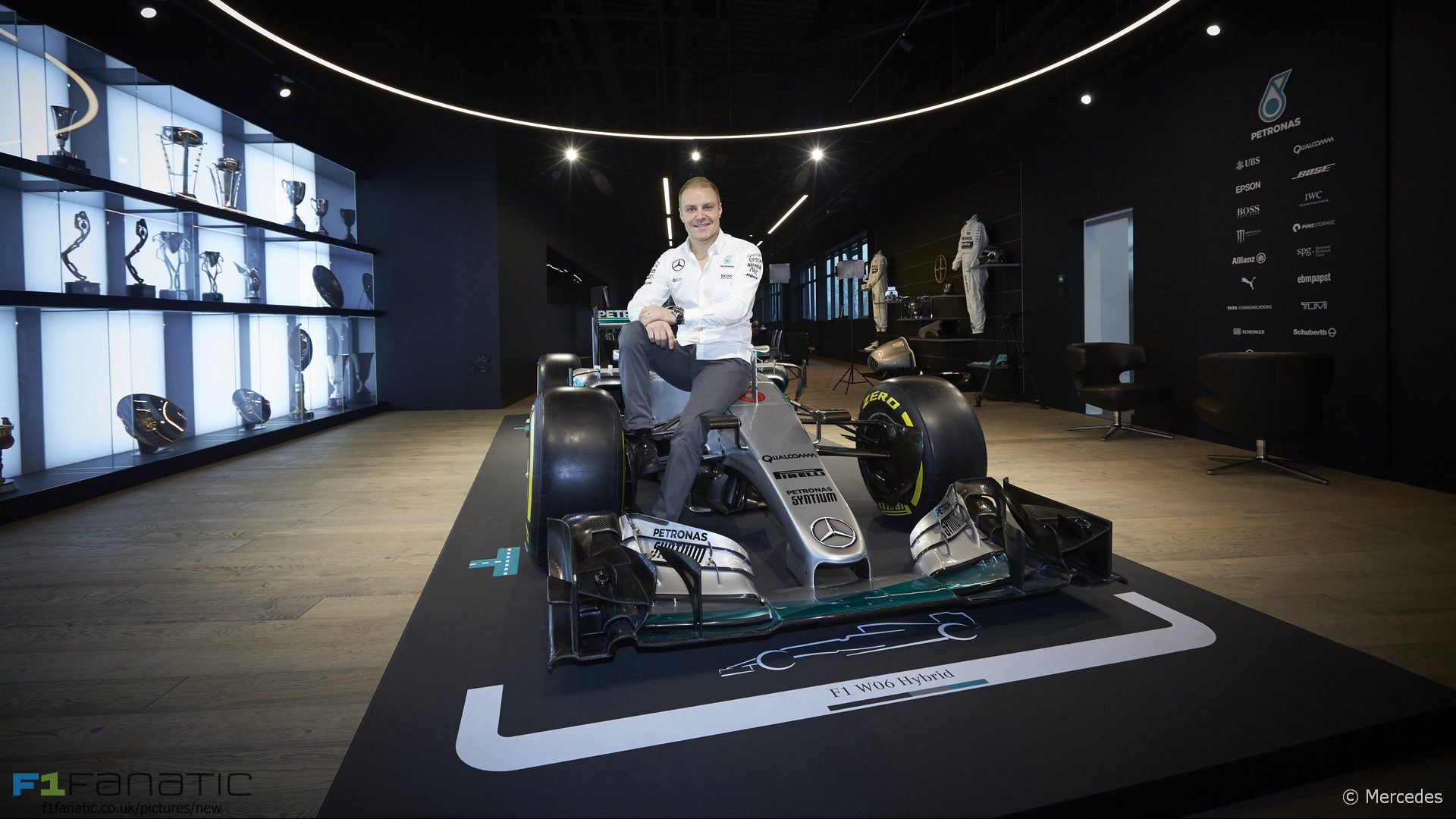 Mercedes’ decision to promote Valtteri Bottas to its second seat alongside Lewis Hamilton was greeted with groans by some.

Bottas is seen as the safe option: a known quantity who is unlikely to produce a surprise and tackle the three-times world champion. But this is flawed reasoning: Bottas has a better chance of taking the fight to Hamilton than many of the other realistic candidates for the seat.

The key word here is ‘realistic’. It’s not hard to see why many wished to see Fernando Alonso or Sebastian Vettel get the gig. Who wouldn’t want to see a pair of multiple champions going up against each other for the 2017 title?

Appealing though they were, neither option was ever likely to come about. Vettel and Alonso are each locked into the final year of their current deals with Ferrari and McLaren respectively. Complaining that Bottas has been chosen instead of them is futile.

Nor is Bottas viewed as an exciting driver in the way Max Verstappen or even Carlos Sainz Jnr is. But this is partly a matter of circumstances.

Williams drivers cannot afford to be risk-takers the way Red Bull’s quartet can. The team’s position in the constructors’ championship is too important.

Bottas understands this, having been part of the fabric of Williams since 2009. He understood what the team expected of him when he was promoted to the race squad in 2013 and has delivered it while steadily raising his game.

Williams did not need another Pastor Maldonado, fast but prone to the kind of sloppy errors and crashes which would embarrass a GP3 driver. What they needed was speed and dependability.

When Bottas made his debut for Williams they hadn’t finished in the top three of the constructors’ championship for a decade – a statistic which would have once been unthinkable for the former champions. A tie-up with Mercedes presented the opportunity to change that.

It’s beyond doubt that Bottas hit that brief: he was their top points-scorer every season. Williams would not have beaten vastly richer rivals like Ferrari in 2014 or Red Bull in 2015 had he not qualified strongly, raced cleanly and converted his points-scoring opportunities.

Bottas served Williams better than the 14-year veteran of the sport in the team’s other car. By how much? Over 100 points more during his three years alongside Felipe Massa.

Complain about his ‘conservatism’ if you like, but it would be foolish to ignore the reality of life in the midfield for an independent team. It’s easy to forget how regular his podium appearances were in mid-2014, sometimes at the expense of quicker cars. Presented with a rare opportunity beat a Mercedes scalp he seized it, leading Hamilton home at the Hockenheimring.

Williams praised Bottas as a quick learner with a strong work ethic. They were especially impressed at how diligently he endeavoured not to repeat his mistakes – something which is not his new team mate’s greatest strength.

But Hamilton should perhaps be more concerned about the threat Bottas could pose in qualifying. Even in the era of DRS and designed-to-degrade tyres, starting from pole position has remained the surest route to victory. With harder tyres and bigger wings that is likely to be the case again this year. And Bottas has the potential to rival Hamilton’s one-lap pace.

Last year Bottas had the strongest record of any driver against his team mate. Over three years his overall record against Massa was a remarkable 41-18. There’s no doubt Hamilton is a much tougher yardstick to be held against, but Bottas looks more likely than many to measure up.

Hamilton’s last Finnish team mate, Heikki Kovalainen, did not fare so well. But don’t make the mistake of assuming the same will be true of Bottas.

66 comments on “Why Bottas is the right choice for Mercedes”