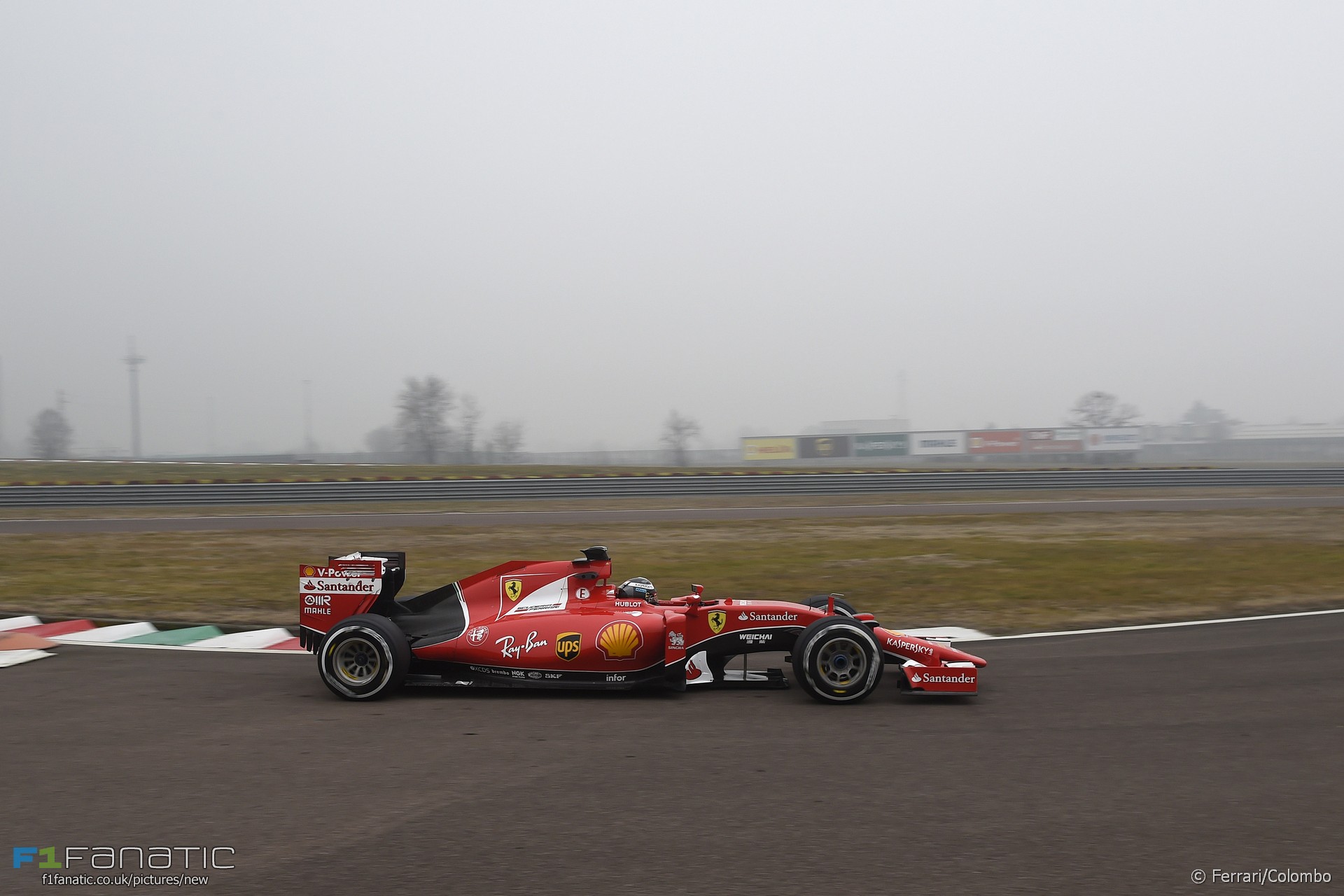 Antonio Giovinazzi has made his debut as a Ferrari reserve driver at the team’s Fiorano test circuit today.

The 23-year-old drove a test programme at the wheel of a 2015-specification Ferrari SF15-T. The team said in a statement his running was “approved by the FIA” and had been “aimed at making a comparison between data acquired in the simulator and on track”.

“It was a wonderful feeling as this was my first time driving a Formula One car,” said Giovinazzi. “For an Italian, driving out of the pits in a Ferrari is an amazing experience.”

“The actual testing was very interesting, with so many procedures to follow,” he added. “But the guys in the team were very nice to me and extremely helpful and that made everything much easier. I’d like to thank the whole team.”

Giovinazzi was announced as the team’s new third driver in December. He joined Ferrari after finishing runner-up in his first season of GP2 last year. He previously finished second in the 2015 European Formula Three championship and won the 2012 Formula Pilota China series.

However Giovinazzi, who has also raced in the World Endurance Championship and DTM, has not yet announced his race plans for 2017. He will not be returning to Prema’s GP2 team as they have already announced two other Ferrari junior drivers, Charles Leclerc and Antonio Fuoco, in their 2017 line-up.

He has accumulated 76 FIA superlicence points, well above the minimum threshold of 40 needed to race in F1.

Ferrari also said the car will run again tomorrow but did not disclose who is going to drive it. They will reveal their 2017 car on Friday 24th February, three days before testing is due to begin at the Circuit de Catalunya.